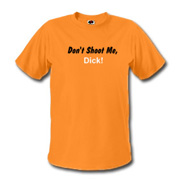 I am off to Berkeley for the next few days and the weekend. I am on a panel with some soon-to-be-illustrious names of South Asia studies. My intention is to keep the conversation to the plebian level. I also intend on finishing the paper. Ahem.

Also next week, our own conference at Chicago, begins. And I am lax there as well.

yeah, right. I surrender now. In other words, gentle readers, amuse yourselves. If anything noteworthy happens at the conference, I will tell.

whatever happened to the i [heart] pk shirts? any plans on putting them back up?

I've heard that while the conference itself could do with some improvement, the after-panel celebrating is incomparable. Is that true?

the memory is a bit hazy...which for panelits speaking of memory and history, is just plain sad.

ah, but it is in this liminal space that representations (and our bread and butter, dare i say) are generated..