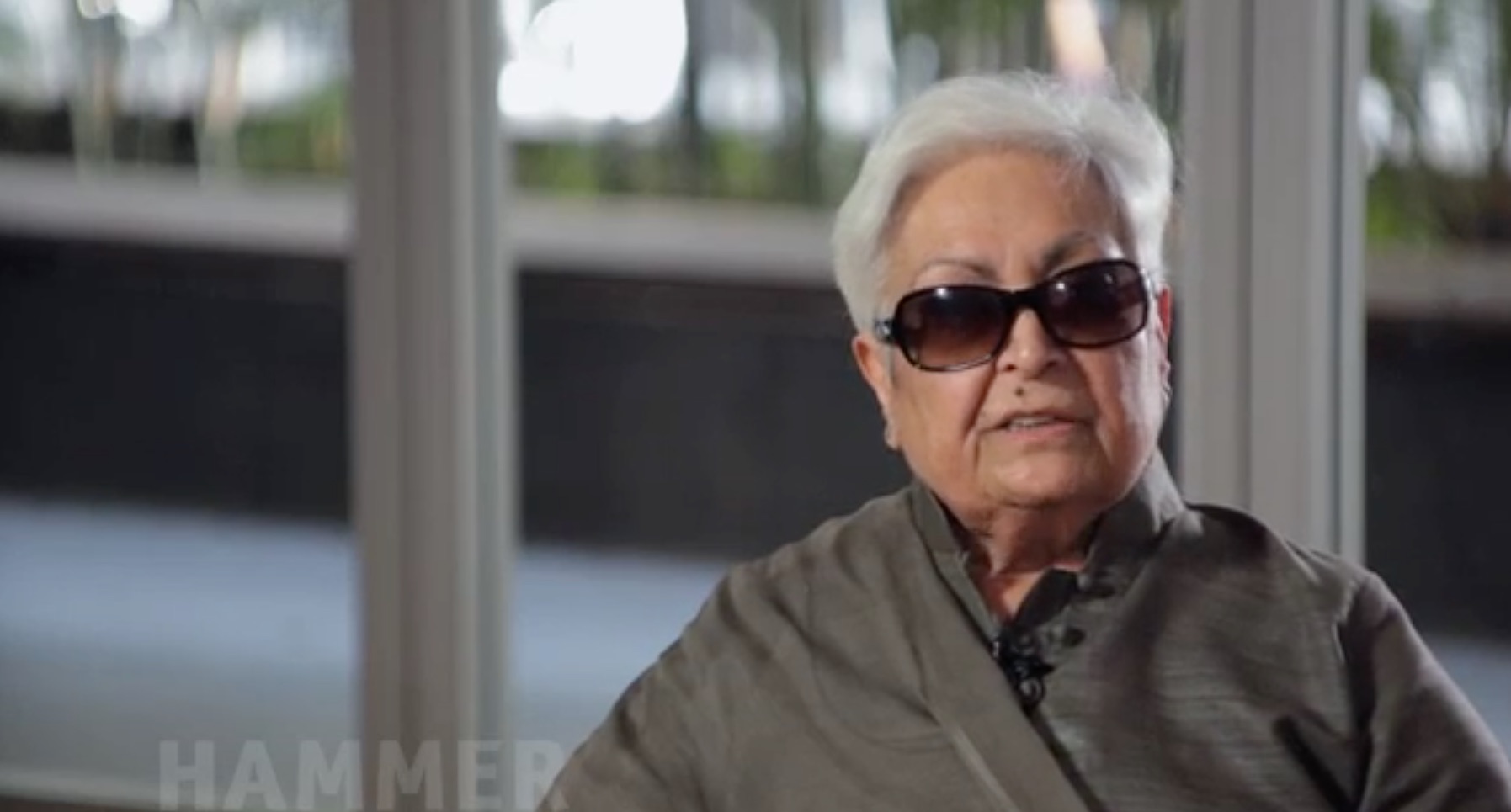 i, ZARINA by Asad Zaidi

The past is not dead, it is not even past.” —William Faulkner.

The critical and deeply meditative art of Zarina (1937-2020), the great painter, sculptor and printmaker who passed away recently, is among the few good things to emerge from the last 50 years of Indian art. She spent most of this time abroad, mainly in the US, where she was called, fairly enough, an American artist of Indian origin. But ‘origin’ is what defined her and her work till the very end. The farther she was from the home of her childhood and youth in Aligarh and locations of the rest of the family in Pakistan, the more she was committed to the act of recovering and redefining it through a discourse of civilisational proportions in her art. The inescapable narratives of Partition, exile and journey always kept her company. Her own modernity and struggle for personal independence and space remained a neglected theme in her work. In all this she is more in company of certain writers, poets and filmmakers–Agha Shahid Ali, Intizar Husain, Qurratulain Hyder, Nasir Kazmi, and those anguished souls of cinema—Angelopoulos, Parajanov, Tarkovsky–than her contemporary fellow artists.

She has been noted for her adherence to abstraction and the minimalist principle. But these are matters of idiom, style, choice of technique and the philosophy of form. That is only a part of her concerns. Mostly she is involved with the past, the culture she was born in and with conveying a specific life experience. Her art is not primarily a meditation about the nature of art. Rather, she is handling raw history and the destiny of people in fairly concrete terms. She is negotiating the force of the past, her Indo-Muslim and Urdu heritage, the role these played in shaping the life she and her people led. She is mindful of her identity as a social and ethical being.

Zarina didn’t hide behind her art or serve an interpretative challenge to the viewer and the critic—a favourite game in art circles and a bread and butter issue for art critics. She opened herself to her art; her art too is more open than several critics and viewers are prepared to see. One can hear her distinctive voice —persistently elegiac, gently definitive and quietly political. She had little use for the self-justificatory moral or ideological ambivalence.

On the matter of ambivalence nursed by her contemporaries, it has been painful in the last quarter century or so to find many good artists who express affinity and seek accommodation with the rising power of majoritarian nationalism. Even the best of them, the great abstractionist painter Ram Kumar, did so at different points—privately and politely but resolutely and selflessly. What can be more heartbreaking than this? Could one see it coming? Should one worry about it? Has the work of some of these quiet and gentle artists been open enough? Why did they let the crisis of the times overwhelm them and determine their thought process so easily? Was there a struggle, or just a quiet surrender?

With Zarina there is no such heartbreak. Her art is singularly clear, honest and resilient. Now that she is gone it feels like the twilight of an era.

Asad Zaidi is a well-known Hindi poet and critic. He has four collections of poems and several edited volumes of writings and translations to his credit. He runs Three Essays Collective, an independent publishing house with focus on contemporary debates in social sciences and humanities. He lives in Gurgaon, India. 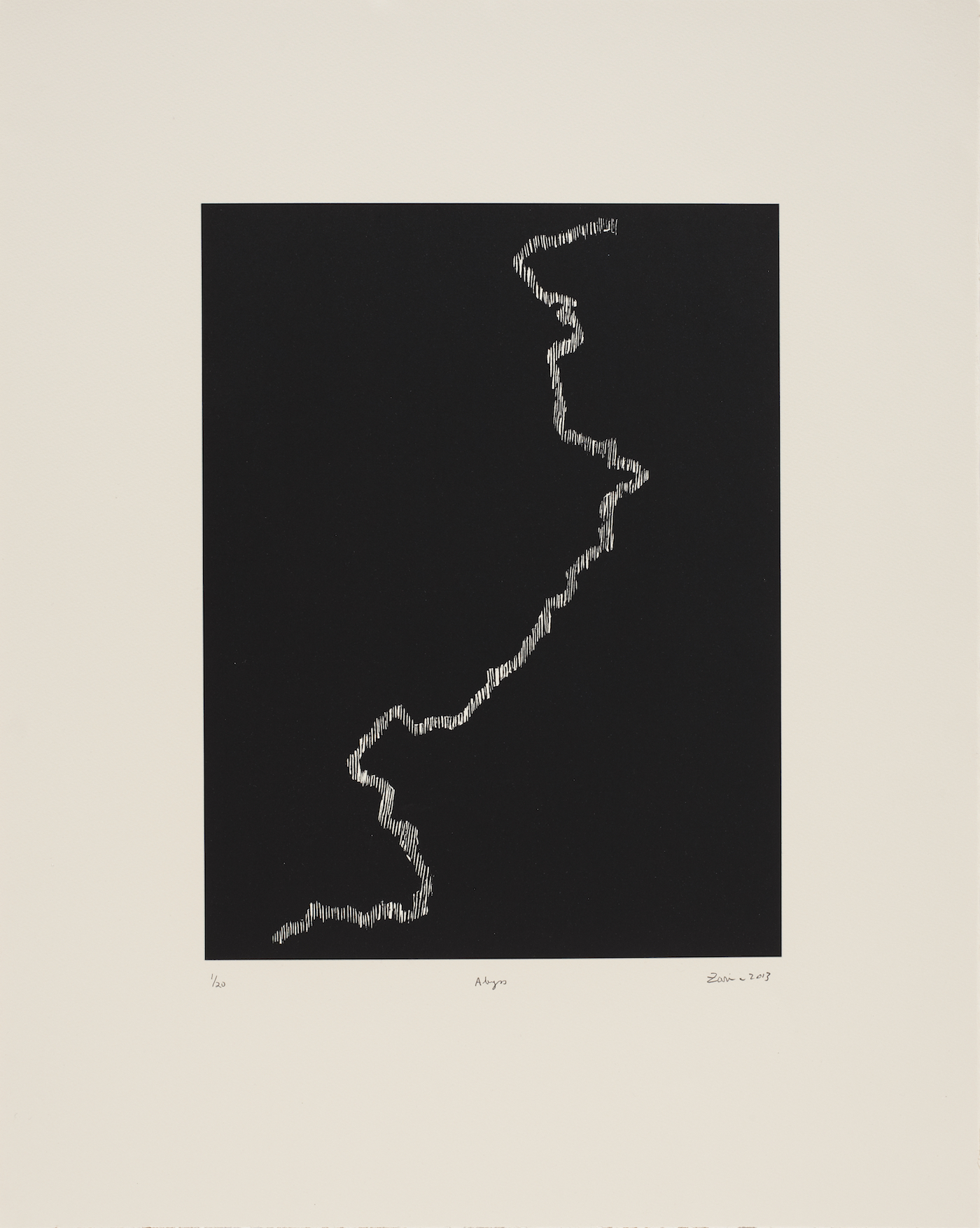 Everything unsaid condensed
in that jagged line, featureless on both
sides of the divide that, compelled
to hem as children, freehand, spoon fed
memory from the pot of royal blue
India ink splotches all over
the map, fresh blood
a smell that clings
to paper like skin

line you swallowed like a sword
drew out, blackened from alembic
some called Alif, others parallel
bars of a cage, destined to run
the length of a life
yet never meet

What is home? Only the moon
is sky clad
For the rest of us, toil
the flapping of wings
faraway, out of reach.

Sophia Naz is a bilingual poet, essayist, author, editor and translator. She has been nominated twice for the Pushcart Prize, in 2016 for creative nonfiction and in 2018 for poetry. Her Urdu poetry appears in the anthology Raushniyan Her poetry collections are Peripheries (2015), Pointillism (2017) and Date Palms (2017). Shehnaz, a biography of her mother, was published from Penguin Random House in November 2019.