I am so looking forward to the next 7 years and 200 odd days left. 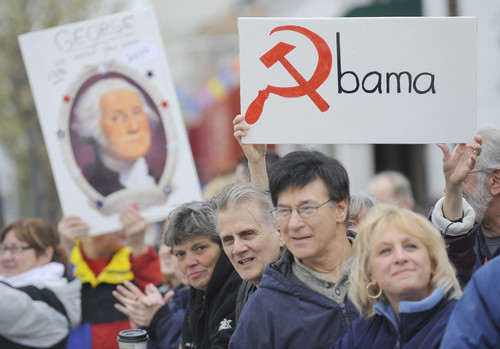 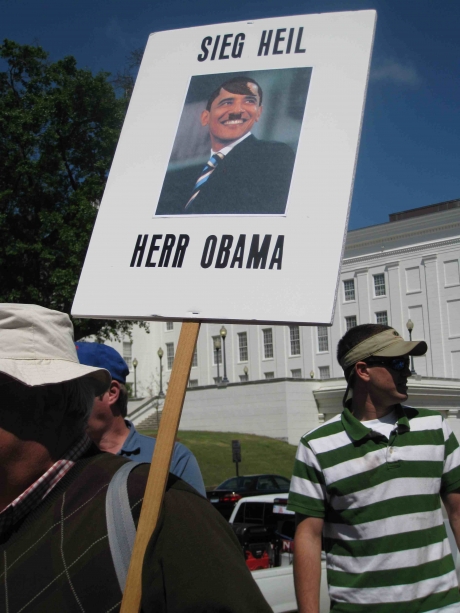 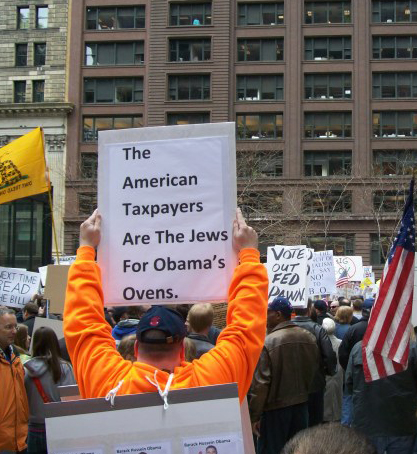 and via Aaron, this best of the lot. 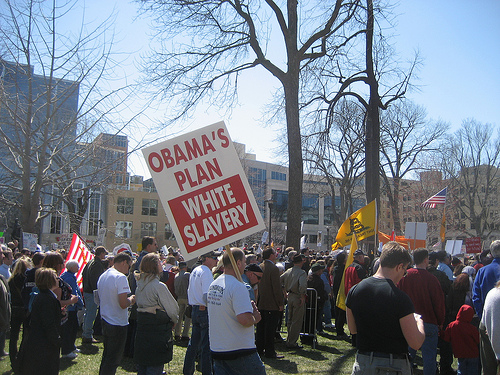 I am not afraid of the looney wingnuts. They are small and disempowered. I am afraid of the poerful looney center that gave standing ovations to GW Bush, and is now giving them to Obama. Kudos to Glen Greewald and others for exposing Obama as a looney wingnut himself. http://www.salon.com/opinion/greenwald/

the last one made me laugh out loud

I have to say that "Chairman Maobama" is actually clever. But yeah, one could make a slide show out of these pics, have an open bar, and let the laughter and good times begin.

That open bar is a great idea!

We never did set up that Muslim Goes to the White House !!!1!1! blog. Pity, that. also, check out this fine blue-coated patriotic fellow: http://www.ginandtacos.com/2009/04/15/ed-goes-undercover-teabaggin/

And continuing in the same vein . . . http://www.nytimes.com/2009/04/18/opinion/18collins.html?th&ewc=th Gotta love the last line: "The answer is that what's left of the Republican Party is intent on cutting off the knees of the administration before it actually manages to fulfill any campaign promises on reducing the huge economic gap between the top 5 percent of the country and the rest of the populace. In pursuit of that mission, fortune favors the hysterical and rewards politicians who behave like gerbils that just bit into an electric wire."