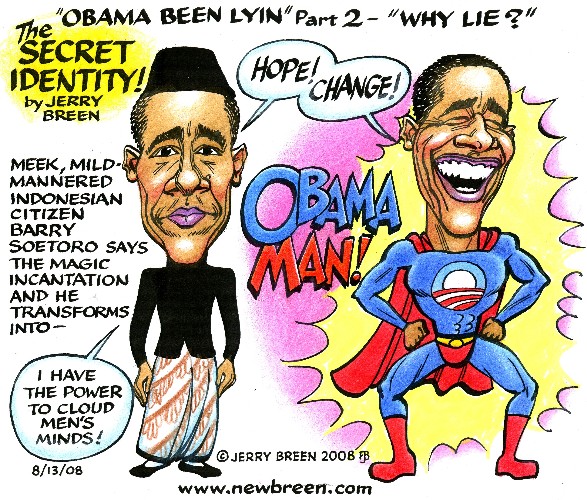 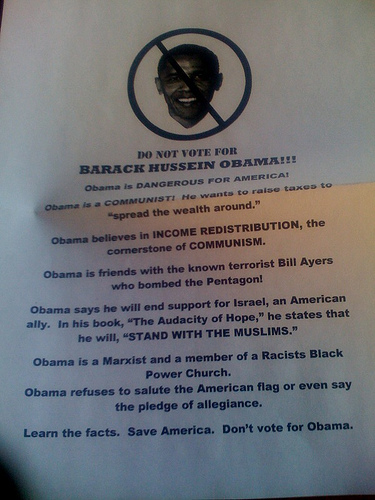 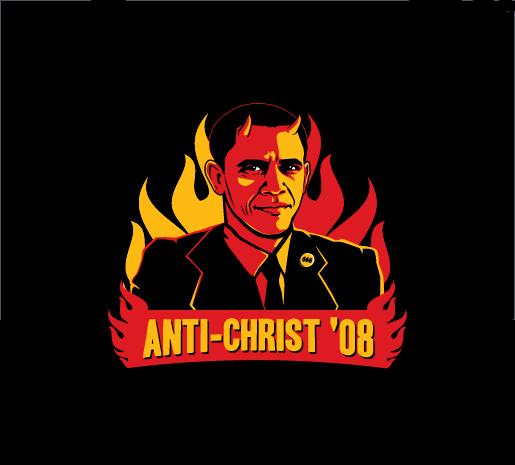 Below the fold, lies the best.

A remarkable PWNGE of some douche by Muslim supporters of McCain:

"Are you deliberately trying to lose us this election, or is it just coincidental?" A question that should be asked more broadly, I think.... p.s. Great scene, but would it have happened without the attention of a journalist? I've seen a bunch of videos now in which chauvinistic rally attendees are shamed into silence, etc., by attention from cameras, but has anyone reported this sort of thing happening when it wasn't going on display?

That's a good question, A. I think the presence of the Muslim McCain campaign delegate had a lot to do with shutting the dude up, as well.

You know, a really cynical person woul wonder if this is something the McCain campaign cooked up just for the reporters. Seriously, though, it makes me feel a bit better.

That will rub the glow off your cheeks....sad.

Great news! I was planning to write in the Anti-Christ; I'm so pleased to learn He's already on the ballot.

One thing that caught my attention here is the way the female of this pair evaded a simple request to explain her position with the ill-used complaint, "I see how the press distorts things." I presume she meant the "liberal media" only, of course. But she must realize that whatever she says, it most likely ends up in a clip on YouTube, where there's no filtration, no one else explaining what's wrong with her views. It's just her speaking to thousands of people. & I think what she really fears is that those thousands might be able to see that the only "distortion" is what takes place in the space between her ears, well before the words come out. Just ask a simple question and the game is up. I'm heartened that some in the McCain camp helped to shame these idiots into taking a hike. (& I hope the Kurdish woman makes good on her threat to vote for Obama.)