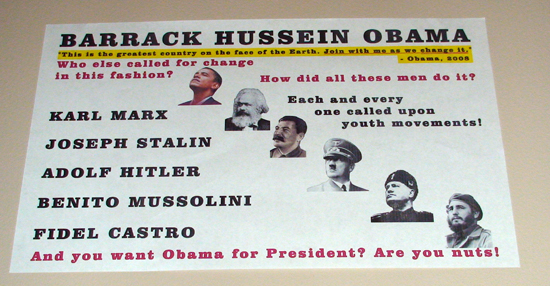 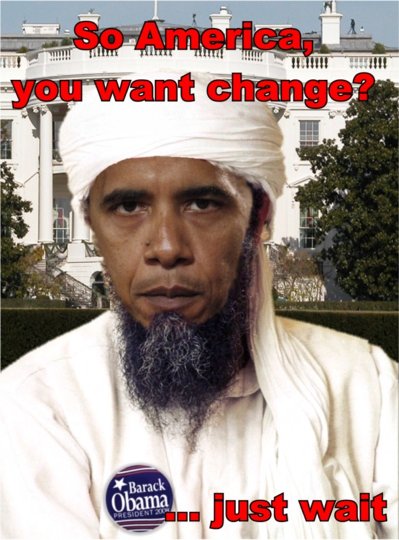 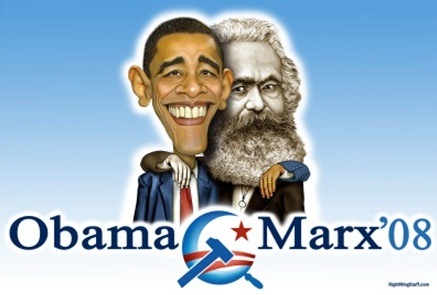 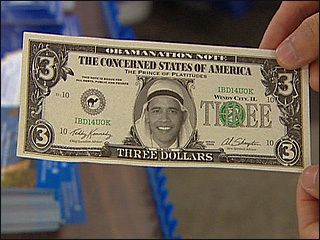 Well, if we make it as a species (or as a nation) for another hundred years, this will be amazing stuff in the history books.

I'd like to know where these were seen or distributed. Do you have any info?

all on display in madison, no doubt

Just click the images, it will take you to where they were found.circulated.

You know, the neighbors in the video are great -- they just sound so sane and rational.

[...] WV (though it seems close enough to dream about), it’s not unthinkable anymore. Not because race is over, of course (and click those links if you’re feeling congratulatory); I think that [...]

The Obama/Marx one is actually kind of clever: some real work went into the modification of the logo, in particular. Slanderous claptrap, of course, but nicely done.

All the liberal blogs that have posted that video, and not one of them seems to have mentioned the Star of David on the "Obama Ghost" head.

Yes. I noticed that. I took it as a vote for Muslim-Jewish harmony ...