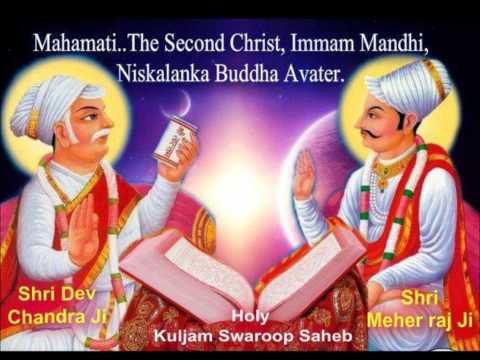 My review of Vasudha Dalmia and Munis D. Faruqui, ed. Religious Interactions in Mughal India. (Delhi: Oxford University Press, 2014) a version of which ran in The Book Review (Feb, 2015).

In 1674, Mahamat Prannath (1618-1694 CE) and his followers sought an audience with the Mughal Emperor Aurangzeb (1619-1707) in the imperial capital of Delhi. Mahamat Prannath had recently split from other disciples of his sampradaya of Guru Devchandra over the question of succession and the audience with the Mughal badshÄh was meant to resolve this differnence --as was customary in such cases, in those times. Leaving Gujarat must have been hard for Prannath. He was born in Jamnagar and had spent his adulthood living and traveling in Junagadh, Ahmadabad, Diu, Thatta, Muscat, and even Mecca. The regions of Sind, Gujarat and Aden had shared networks of traders, merchants, mendicants and scholars -- living in port-cities and capitals -- for centuries before Prannath. During his time, it was an especially diverse space. Here were the religious orders of Nizari Ismailis, Jesuits, Jains, Vaishnavite and Krishanavite sants, Sufis or Sunnis. Here was just as diverse political powers of the Arghuns, the Mughal, the Portuguese, the Dutch, the Surat Rajas.

This world of Mahamat Prannath is laid out in concise yet sensitive detail in Brendan LaRocque's essay "Mahamat Prannath and the Pranami Movement: Hinduism and Islam in a Seventeenth-Century Mercantile Sect" contained in the excellent volume Religious Interactions in Mughal India edited by Vasudha Dalmia and Munis D. Faruqui (2014). Reading this timely and important edition is an odd sensation as, in India there are raging the "re-conversions" (ghar-wapsi) and the "re-naming" (of Aurangzeb Road in Delhi) campaigns; while in Pakistan, there are the targeted killings of Christians and Shi'a on a daily basis. Our contemporatry understanding of religious interactions is dominated by exquisitely drawn boundaries over rituals, sensibilities and texts with exclusive claims to truth. Our contemporary emphasis is on erasing difference from amongst us via brutal force. Faruqui and Dalmia have produced a compendium of sophisticated scholarship that, in broad terms, helps us articulate what we do not remember and, hence, cannot understand.

The essays are divided under the themes "Of Intersections" and "Of Proximity and Distance". The opening essay by Eva Orthman locates the efforts of HumÄyÅ«n as the individual who creates a Mughal ecumene where the yogic and sufic texts offer equal opportunities to imagine a divinely sanctioned, astrally visible polity. There are two critcal essays engaging with the high politics of the Mughal court - focusing on the intellectual practices of the Mughal prince Dara Shikoh. Munis Faruqui examines Dara Shukoh's Sirr-i Akbar (1657) and the influences from Vedantic philosophy to argue for a gnostic reading of the Qur'an that would reveal both the perfect polity and (sub rosa) the perfect human to lead that polity. Supriya Gandhi looks at the translations of YogavÄsiá¹£á¹­hasÄra under Akbar and Dara and the role of the dialogues of Dara Shikoh with BÄbÄ La'l. Taken together, both essays detail an intellectually and theologically intimate world where discussions of faith, power and the self occupied the time of a significant number of elite in the seventeenth century.

Christopher Minkowski broadens the lens to show the presence of learned Brahmins working within the Mughal bureaucracies and intellectual spaces. Minkowski details member of jyotiá¹£as families from Benares who worked for Jahangir, Shah Jahan and even Aurangzeb and produced both poetic and scientific works. Ramya Sreenivasan focuses on Rajasthan and examines conversion narratives in Persian, Brajbhasha, and Marwari to show how efforts for elite mobility and alliances were negotiated differently in the different sources. The essays of Francesca Orsini and Stefano PellÃ² focus on poetic traditions in Lucknow and Awadh in text and in performances intermixing Persian and Sanskritic literary cultures. Monica Horstmann and Heidi Pauwels individually focus on bhakti poets, SundardÄs and KabÄ«r, and their infusion of sant and sufi ontologies.

Shandip Saha takes hagiographic literature (vÄrtÄ) of the Pushti Marg (Vallabha sampradÄya) to detail the depiction of Muslims - where Akbar's favor to the non-Muslims could be explained via his previous birth as a Brahmin "who unwittingly swallowed a piece of cow hair while drinking milk" causing him to be "reborn as a righteous but still mleccha emperor" (p. 335). The development and self-memory of the Pushti Marg is also the subject of the essay by Vasudha Dalmia - with the rare explication of how gender is a critical category of difference in the Vallabha responses to other Krishna devotees Chaitanya and Mira bai (p. 278-282). Each of the essay, in effect, brim with intertwined agencies, textual interpellations, ritual and blood interminglings. They cover vast swaths of geography and explicate the Mughal State in ways that remain occluded in contemporary scholarship.

Prannath or his followers were having a difficult time finding the Emperor. The streets of Delhi were filled with hundreds of thousands of protestors who had gathered to plead the case against a tax on non-Muslims by Aurangzeb. Prannath had had a revelation on the way to Delhi, after reading an esoteric Persian sufi commentary on the Qur'an Tafsir-i Hashmi. Prannath realized that the messages of Krishna, of Devchandra, of Shri Muhammad, of Imam Mahdi were all congruent and the Vedas, the Vedantas and the Qur'an could all be used to "reveal the essence of love veiled by external rituals". This essence, if properly understood by the Mughal emperor, would allow him to set an equitable and just policy for all of his subjects. Prannath or his followers did not manage to have an audience with the emperor and they soon left Delhi for Udaipur, Ujjain, Burhanpur, and ended up in Bundelkhand where Chhatrasal (1649-1731) listened to Prannath and became his disciple. Prannath composed a number of texts - bhakt poetry, commentaries - dedicating his Sananadh to Hindustan's Muslims.

As LaRoque writes, "Prannath's religious claims were able to account for observable, worldly differences, yet at the same time could deny that these differences existed in a more meaningful, ultimate reality" - one could transcend "the boundaries of religious difference" through justice (p. 375). His disicples, and the order grew to great strength, and continues to this day, were able to draw upon these differences as sources of strength and Prannath is now remembered as one of the last great sant. The community even proclaims that Gandhi got his world-view from his visits to the Pranami temple with his mother, Putliba, who was a devotee. His contemporary iconography has him sitting on a throne with his hand raised, five fingers up, palm exposed - akin to the Ismaili panja.

Yet to recognize this connected past we need LaRoque's essay; and similarly the other essays in this volume which explicate the shared history of making, and recognizing difference. This is the critical role of scholarship for our particular imperiled times (reading this volume will acquaint anyone that perils are not unique to us). The work of historians, philologists, literary and religious scholars represented in this volume is a contribution not only to our scholarly body but to our civic body.

I do want to note that every scholar in the volume is employed at an institution in US, UK or EU and this represents a critical disjuncture in the field. However that is a discussion for another time. For the volume, my simple regrets are that it is expensive, does not contain any maps, basic glossary or chronology, and does not have a unified transliteration schema which would help it reach a wide and diverse audience.

Shukran ya habibi. Will get my hands on it. I'm glad someone wrote on the accounts of Muslims in the Vallabha vartas--they're fascinating--particularly the account of the Pathan Muslim bhakt poet Raskhan (who is the typical hotheaded Pathan in love with young boys...but then he sees Srinath-ji, the seven-year old Krishna, and falls head over heels in love with him, of which Shrinath-ji approves...)

Fascinating piece -- I'd love to get my hands on a copy (I have been a fan of Munis Faruqi since reading his work on the Mughal princes -- i.e. seeing the empire through the prism of the institution of "prince-ship")...