C.M Naim sends along a world exclusive to the CM audience about a copy ad written by none other than the Muhammad Iqbal. This is big, folks. If Walt Whitman had endorsed a New England Clam Chowder company, it wouldn't be as big:

While looking around in a forgotten public library at Shimla I came upon a file of an equally forgotten Urdu magazine called Nairang-i-Khayal for the year 1929. That is nine years before Iqbal passed away. One of the issues had an advertisement for green tea. I reproduce it below:

See how it is praised by the Poet Laureate

"Green tea is the Elixir of Youth + It makes a hundred year old man young again."

A rejuvenation of Mashriqi Mard into Mard-e Kamil via Sabz Chai. Brilliant. My thanks to Naim Sahib. (Dabi Bazaar is in Old Lahore, Rang Mahal. ) 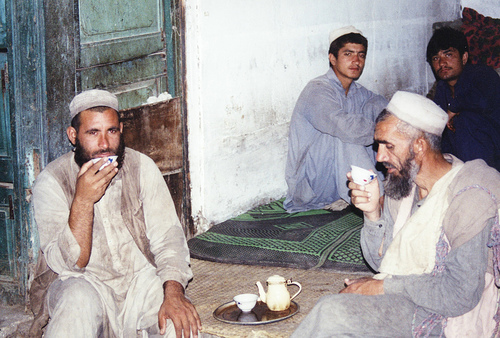 Sepoy, are there any good Englishings of Iqbal out there?

BEST POEM EVER from now on, advertisements should only be written by poet laureates