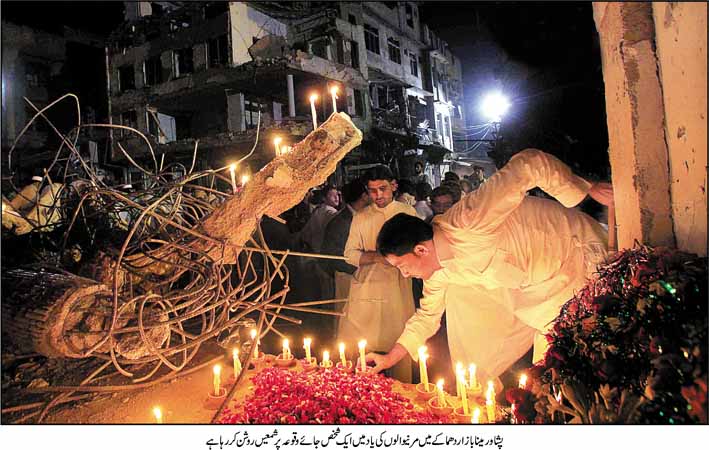 Another blast in Rawalpindi.

India and Bangladesh seem incredibly stable when compared to Pakistan

'Between 600 and 800 foreign militants had been in and around Kaniguram, but their resistance was broken by heavy bombing from jet fighters, helicopters and artillery, Brig Mohammad Ihsan said. The foreigners were mostly Uzbeks, but also Chechens and Arabs, he said" http://www.dawn.com/wps/wcm/connect/dawn-content-library/dawn/news/pakistan/04-swaziristan-fighting-kills-at-least-seven-militants-qs-09 The authoritarian regimes of Uzbekistan, Russia and the arab world are flushing their toilet, and it's ended up in Pakistan.

I am not convinced that the mullah-military alliance is broken. Its frayed and a lot of foot soldiers are dying on both sides, but the high commands on both sides understand that they need each other and don't need anyone else as long as they have each other (as Rekha says in Kalyug "mein hoon naa"). The army is fighting in waziristan and after 3 weeks has killed (by its own account) about 200 terrorists. They claimed there were 5-10,000 there, so where are the other 4800? I am afraid they are still focused on "keeping India out of Afghanistan" more than they are on keeping terrorism out of Pakistan....

Ruchira Parl in http://accidentalblogger.typepad.com/accidental_blogger/ "I sat listening to an early morning TV interview with an Indian engineer who was also an amateur astrologer. The man made various predictions about world affairs. Two of them have stuck in my memory. He said that in the upcoming US elections the following November (remember this was the year 2000), Al Gore would be the winner but there might be some "problems" with the results. The other prediction he made was that in 2013, India and Pakistan will form a loose federation with a common currency and that most hostilities between the two countries will cease. I don't believe in either homeopathy or astrology but stranger things have happened. "

How many countries have bombed their civilian areas using F-16's ?

Well, you will have to see how many countries HAVE F-16s. I think you will find that in civil wars where well defined areas were completely in the hands of a breakaway faction, the national govt has used airpower in many countries (Nigeria, Yemen, Iraq, Russia (in Chechnya), Chinese civil war and so on). btw, one can give some credit to the Indian army that they have managed to fight a very serious insurgency in kashmir for 20 years without resort to bombing or artillery or even helicopter gunships (well, the last two may have been used on some occasion but I dont know of one. I am sure they have never resorted to serious aerial bombardment). Of course, they have used torture and detention on an extensive scale, but that is par for the course in insurgencies. Even the more highly civilized (and I mean that seriously, not sarcastically) British state used torture as well as prolonged detention in Northern Ireland, though never on a subcontinental or third world scale.