[...] men see the abuse of "their" women as a degradation of their masculinity. What counts is not the suffering of the women, but the effect it has on men.

All facets of the 1971 conflict and the subsequent nation-making processes had a devastating impact on women, including rapes, exile, displacement, camp-life, loss of family, social ostracization and financial insecurity and the consequent exploitation, and the subsequent silencing of their voices. “Women's vulnerabilities” Bina D' Costa reminds us, “increase with the intensity of conflicts” and “rape of the enemy's women is often strategically used to terrorise the enemy population.” D' Costa refers to Ruth Seifert's “War and Rape: Analytical Approaches” to make the crucial point that “rather than considering rape as an aggressive manifestation of sexuality, it must be understood as a sexual manifestation of aggression.” The abuse of women serves as a communication between men of the opposing sides that signals one's triumph and the failure of the other to defend their women whose destruction is conceived as the destruction of the enemy's cultural identity.

The racialized discourse that constructed Bengalis as Hindu (and Hindu-like), polluting and destroying the nation from within, made the purging of the Bengali population essential to restoring the nation to its original purity. In the words of Saikia “Muslim Pakistani (read: Pure) men assumed that the sacrifice of the Hindu women was necessary to undo the malaise.” Nominated as masculine agents of the state, West Pakistani men forced their idea and vision of Pakistan onto the East Pakistani population. Rape and sexual violence are used as a weapon of war against women to spread terror, and in this regard the war of 1971 was no exception.

Bangladeshi women were raped by Pakistani soldiers on their 'scorched earth' operations in villages and campaign of intimidation and terror whereby they would attack villages, loot, and rape women who caught their fancy, sometimes tipped off by their collaborators or by those with a personal score to settle. Firdousi Priyabhasani's story, included in Saikia's book, makes clear that Bangladeshi women were raped as a means of interrogation and kept in bunkers to be raped by rank and file Pakistani soldiers. Prabhasani, even after being gang raped, was shown the bunker as a threat. Scholar Bina D' Costa mentions Geoffery Davis, a medical student who worked in Bangladesh for a few months with International Planned Parenthood, who relayed stories of women taken to 'rape camps' where “women considered pretty were kept for the officers, while the rest were distributed among the ranks. The women did not get enough to eat, and when they fell ill, many died in the camps. A large number of survivors would never be able to bear children due to psychological and physical abuse.”

The denial of sexual violence done by the Pakistan Army and their goons is pervasive in Post-war Pakistan. That the Pakistan army spared women is a consistent theme throughout Bose's book, which Yasmin Saikia's book, Women, War, and the making of Bangladesh: Remembering 1971, makes clear was indeed not the case. But even if one momentarily allows for the possibility that women and children were not harmed in Pakistan's dirty little colonial war while their men-folk were shot dead, what becomes of the surviving women?

Sarmila Bose, in her effort to complicate (if one were to be generous) the argument that the Pakistan army used rape as a weapon of war that affected the lives of hundreds of thousands of women, asserts in her earlier paper that “Voluntary liaisons between local women and army personnel and the prostitution that invariably accompanies the deployment of soldiers need to be excluded, to focus on the crime of rape (including comfort women), regardless of the religion, ethnicity or politics of the victims or the perpetrators.”

“Voluntary liaison” — that soldiers had girl-friends in East Pakistan or had wives there that many left behind or discardedâ€” is a standard euphemism used in Pakistan to deny sexual violence. The power differential/dynamics in a war zone/occupation/counterinsurgency and the production and maintenance of that differential by violence cannot be discounted even in "voluntary liaisons" and prostitution. Domestic violence, migration, and smuggling/human trafficking, as D' Costa points out, are the biggest threats to women during and after the conflict. Villages razed, men killed, live-stock looted, crops destroyed; it is this violence that accounts for the increased vulnerability of women and makes them available for "voluntary liaisons." Indeed, women report a general breakdown in community during the 1971 war, resulting in a loss of humanity which made them even more vulnerable, not just from armed political actors but from their neighbors, many of whom brutalized them, sold them, or delivered them to thePakistan Army for sexual exploitation, and extorted them in myriad ways.

The impact on vulnerable and targeted minorities such as Bengali Hindu, and Bihari women was particularly acute, and indeed the gendered terror unleashed by the Pakistani soldiers and their razakars devastated them. As is the case with other conflicts, so too in Bangladeshi narratives of the war, the mention of rapes and violence on women seems to be phrased in terms that only highlight the rapes that “they” carried out on "our women." Not only does this silence the women of vulnerable non-Bengali communities, such as Biharis, that both the Pakistan Army and the pro-liberation Bengalis violated (much of it in anti-Bihari pogroms after liberation), it also serves to further stigmatize these marginalized communities, and thus doubles the violence on these women.

Mirroring the Pakistan state's purging of the nation's body politic of the Hindu through violence on women, post-liberation Bangladesh went on its own purging campaign. This one was also enacted on women's bodies by making sure that, in the words of Sheikh Mujib, the then-Prime Minister of Bangladesh, “none of the babies who carry the blood of the Pakistanis will be allowed to remain in Bangladesh.” He is also reported to have said, “Please send away the children who do not have their father's identity. They should be raised as human beings with honour. Besides, I do not want to keep those polluted blood in this country.” This meant abortion and adoption -- in many cases regardless of and at the cost of, women's choice.

The silencing of Bangladeshi women's voices in post-liberation Bangladesh matches the denial in Pakistan of its violence on women. Saikia found that “documents of survivors, case histories of birangonas [war-heroines], pictures, police reports, medical records, family documents have been destroyed, erased, lost, and removed from archival storehouses.” This cultural, political, and epistemic silence, as Saikia shows, is instrumental to the production of official histories in the service of nation-making. Surveying the Bangladeshi literature produced about the war, Saikia finds “the war of 1971 is a well-told tale of liberation in Bangladesh” largely told in four genres, namely, the euphoric narratives of male mukti jodhas [liberation war-heroes], thana [district] reports, documents of war crimes with names and pictures of war criminals that focus on razakars and those that collaborated with the Pakistan Army, and novels and other writings on civil society. 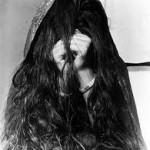 Birangona [brave women] is the only way women's experience of the war is remembered. Initially used by Sheikh Mujib, the first prime minister of independent Bangladesh, the term birangona acknowledged the women who were violated, but such labeling marked women who came to be increasingly seen as fallen or loose women, and the social stigma of rape compelled women to hide their experience. What birangona narratives do exist are doctored and engineered by their sponsors, and in Saikia's words, become

external, almost pornographic stories about women's loss of honor. Not surprisingly birangonas, although projected as female heroes, are also viewed as being complicit in the crime of rape.

This, then, justified denying women their voice and the nation forgetting their experience and suppressing their memory from history. This renders them absent as agents and subjects of history.

Saikia shows how the violence visited on women continues in the silence that the nation-making process has imposed. A unity between Bengali woman, land, and nation is forged in the liberation-war centered Bangladeshi narratives, whereby the rape of the Bengali woman “stood for the rape of Bangladesh.” Thus the raped woman, even as her voice is systematically silenced and her story purged from collective memory, becomes a rallying cry for a secular ethnic Bengali nationalism to call for revenge against Pakistanis and their razakar collaborators who are still at large in Bangladesh and identified as “fundamentalists.” This Saikia calls out as “the national male heroes using rape as a weapon, once again â€¦ to make gains for themselves.”

Yasmin Saikia's book is an important intervention in the discourse around 1971. It examines and demonstrates clearly the brutality of war as experienced by various marginalised groups, especially women, and the ongoing routine violence of the silencing of their voices. Saikia documents women's voices and highlights their agency and the multiplicities of their role in the conflict. The book includes not only the narratives of women upon whom violence was visited by men â€” Pakistani and Bangladeshi, pro-liberation and pro-Pakistan â€” but also of the women who fought as rebels against the Pakistan army and the discrimination they endured during and after the war at the hands of their fellow Bangladeshis, and of the women who worked as care-givers and social workers to 'rehabilitate' the survivors of rape and aided in the the nascent patriarchal state's abortion and adoption programs. Silenced by processes of nation-making, the voices and stories of women's experience of the 1971 war must be heard.