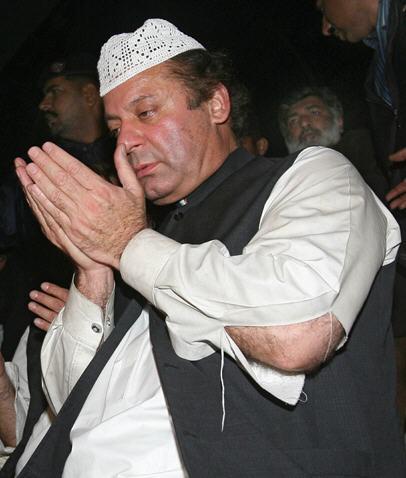 Pervez Musharraf became a civilian today. The elections are scheduled and candidates across the country are filing their candidacy papers - in great numbers, especially in the troubled regions. This despite great debate across the two major political parties, the Pakistan Peoples Party and the Pakistan Muslim League - Nawaz on whether to participate or boycott the elections. Their hesitance is understandable. Pervez Musharraf, as a civilian President will rule under the 1973 Constitution which has the oft-used Eighth Amendment to the Article 58, enacted by the last dictator Zia ul Haq in 1985. The Amendment grants the President the power to "dissolve the National Assembly where, in his opinion,â€¦the Government of the Federation cannot be carried on in accordance with the provisions of the Constitution and appeal to the electorate is necessary". The amendment was used first by Zia ul Haq against the civilian government of Muhammad Khan Junejo, then by Ghulam Ishaq Khan against Benazir Bhutto, then by Ghulam Ishaq Khan against Nawaz Sharif and again by Farooq Leghari against Benazir Bhutto. The last Nawaz Sharif government nullified this power of the President by passing the Thirteenth Amendment Act in 1997. In 2002, under the Legal Framework Order, General Musharraf fixed it right back.

Basically even if these elections take place as scheduled, even if all the political parties participate, even if they are fair, open and untampered elections (to whatever extent possible) ... President Pervez Musharraf can, at his will, dismiss the elected government when he pleases. Historians predicting the future need only point to the past.

D-man, sitting in SF, demanded "I want a post about sharif's impact in CM". Well, now. CM doesn't do requests, my dear friend. And, much recent evidence to the contrary, neither is CM a "Daily News and Commentary" blog. My passion for democratic reform and my love for all the people fighting the good fight in homistan compels me to order all of you to go read the students and professionals in Pakistan every day: The Emergency Times, Rise of Pakistan, Teeth Maestro. Seriously. Forget this desk-bound, ivory-tower-chained, pandit in Chicago.

As for the Sharifs, I can only imagine doing a post on Tehmina Durrani and Shahbaz Sharif - but only if lapata agrees to paint their wedding photo.

Is it superficial of me feel low confidence in a politician whose clothing is literally bursting at the seams? Of course in this case, it looks like the bursting is off-seam as well...

Are you saying that you don't know him [NS] well enough?

FYI: The 17th amendment to the Pakistani constitution gives the Supreme Court a veto over the President's power to dissolve the National Assembly. So the President'S power is no longer unlimited.

thanks Ikram - there is that theoretical check. of course, hand-picked SC judges etc. etc. etc.

So any guesses, what Nawaz Sharif is praying for?