My new December column is up on Bookslut. There's so much more to say about this book, and I will have write more in the coming days, but for now, here is an excerpt: 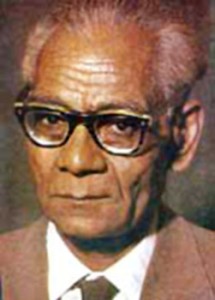 I read War and Peace a number of years ago in Allahabad, India, in March or April, when the temperatures begin to soar. Our roof-top apartment, so delightfully airy during other months, slowly transformed into an oven. This was how we learned why no landlord in India lives in the top floor of their house if they can avoid it. Frequent power outages exacerbate the situation, and by mid-day each day, the best course of action was to lie in the dark as immobile as possible and read. Napoleon's ill-advised campaign into Russia, the arrival of winter and the freeze-out of the French army provided a cooling balm to my imagination, if not my body.

I was reading War and Peace so that I might be able to continue to say, with confidence, that the Hindi novel Jhootha Sach, which means "False truth," was "the War and Peace of Hindi literature." It was a claim that was often thrown around, and one that I had carelessly made myself. Reading one book to find out if it can be used as an exemplar of another one has already read is ostensibly going about things backwards. But I had a particular motivation: Jhootha Sach was untranslated and I wanted to make the case that this fact was a tragedy for literature lovers around the world. Just imagine if War and Peace was sitting around in Russia, untranslated, and no non-Russian readers were able to access it? How culturally impoverished we would be if that were the case, even those of us who had never bothered to read it because of its notorious heft?

Lapataji, aapka jawaab nahin! My copy of Jhootha Sach arrived recently, along with a bunch of 'essential' Hindi/Urdu works discovered after reading your post on Amitava Kumar's novel. Your articles on CM and Bookslut are gold. Such great pleasure and experience they give and lead to. May your tribe increase.

Also, do you mind revealing which work you refer to as being akin to the Proustian opus?

Thanks, Sundeep! Your comments warm my heart. I am happy to reveal that Proustian work: it is the Girti Divaren ('falling walls') series of novels by Upendranath Ashk. The novels haven't been translated, but I am now starting to work on that project. I did write my dissertation on Ashk's novels though, and it was published by Katha in India under the title Upendranath Ashk: A Critical Biography.

Excellent post. Eagerly awaiting the result of your next project. But I'm guessing that is long time from now. May your fandom spread far and wide. Keep kicking ass!

Awesome review! Also, I like the 'subh-e- aazaadii' reference in the title of the translated work.

Gosh guys, thanks for all the love! And Hades, I'm actually not happy with the English title. That's going to be the subject of a more, later post. Stay tuned!

Slightly off-topic but.... Chapati Mystery might actually have been Poori Mystery. http://www.outlookindia.com/article.aspx?269638 "....It seems that the 'Chapati Conspiracy' of 1857 was in fact a 'Poori Plot'. Pooris do make better strategic sense. Fried in oil, they may become rancid but would survive longer than any chapati, which would turn dry and crumble to bits in a few days...." PS: I am not a regular reader here. But this article reminded me of your blog.

[...] This 6th year of CM will go down in the annals of Chapatism, first and foremost, as a year of the renaissance sprung by Lapata's posts — for which readers have the bureaucratic morass of academy, “the insane rants of an inflamed tea-partier”, and Sepoy's badgering to thank — illuminating the particularities of partition or the reluctant feudalism of mango farmers, introducing CM readers to Naiyer Masud and Amitava Kumar, or providing a peep into Memon Sahib's literary striptease, and culminating in The War and Peace of Hindi Literature! [...]