By the end of the nineteenth century, ayurveda along with other indigenous systems of medicine such as unani (Graeco-Arabic medicine) and siddha (South Indian Tamil traditional medicine) were profoundly influenced by their encounters with Western medicine. The closing decades of the nineteenth century witnessed a proliferation of books on ayurveda in English, Sanskrit, and vernacular languages as the proponents of ayurveda “tried to transform the hitherto relatively inaccessible knowledge into social knowledge as well as a shared system of knowledge among the practitioners”. This outpouring of ayurvedic publications roughly coincided with the rise of nationalism in general and that of Hindu revivalist nationalism in particular. It was also a response to the colonial government's decision in 1835 to suspend the teaching of ayurveda in the Calcutta Medical College.

While of crucial significance to this early period, ayurvedic publications addressing the theme of ayurvedic knowledge and history continued to sustain the movement through the first half of the twentieth century. Also, Ayurvedic practitioners organized themselves as a professional interest group through the founding of the All India Ayurvedic Congress (A.I.A.C.) in 1907. The annual conferences organized by the A.I.A.C provided another key forum for revival efforts. The proceedings of these conferences along with books, tracts, and journals provide useful source material for the historian interested in understanding how the proponents of ayurveda positioned themselves and their art within the larger nationalist discourse that envisioned a modern, scientific, progressive future for India. ... Three themes were central to the ayurvedic revivalist discourse contained in the literature on ayurveda and the conference proceedings of the A.I.A.C: British Orientalism, the synthesis of medical systems, and institutionalization of ayurveda. 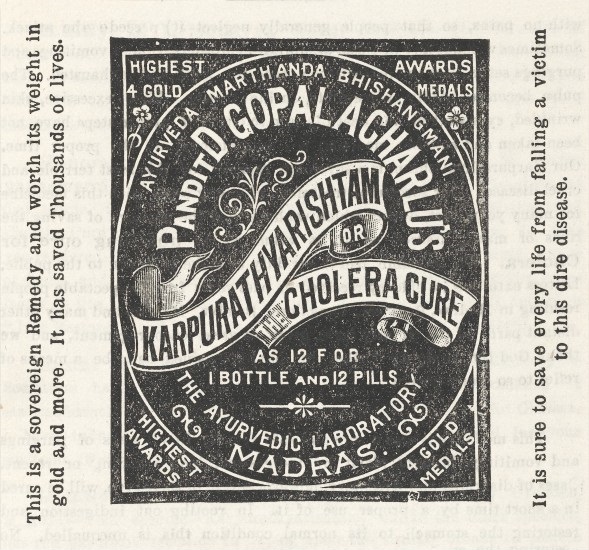 British Orientalism refers to a set of ideas and practices inaugurated under Warren Hastings, Governor-General of Bengal from 1773 to 1785 that sought to know and understand the languages and culture of India as a key step toward good governance. Deploying eighteenth century Enlightenment ideals, British Orientalists such as William Jones and Henry Thomas Colebrooke translated ancient texts, posited a Vedic golden age of Aryan Hindus, identified Sanskrit as the fount of Indian civilization, and in the process stimulated a vigorous intellectual and cultural 'renaissance' among the Bengali elite. This generally positive attitude to ancient Indian culture coexisted alongside the denigration of contemporary conditions which served to justify the British presence in India. In response to this, early reformers such as Ram Mohan Roy (1772-1833) sought to selectively reform and recast Hindu socio-religious practices while drawing upon the Orientalist discourse of early glory and achievement — a trend that would characterize several reform and revival movements in colonial India.

Aryans, antiquity, Vedic civilization — ideas that were at the heart of British Orientalism — were invoked in the service of ayurveda. In an early (1895) and widely acknowledged contribution to the ayurvedic revival movement, Bhagvat Sinh Jee, the Maharaja of Gondal (a princely state in western India), Fellow of the Royal College of Physicians of Edinburgh, and later Vice-President of the Indian Medical Association, provided a brief sketch of Hindu achievements in astronomy, mathematics, chemistry, music, religion, philosophy, architecture, lexicography, grammar, and the art of war during a Vedic golden age and argued that

All this unmistakably proves that the Aryans were the most enlightened race in the dawn of history. â€¦ When the state of civilization was so perfect, and when all sorts of useful sciences were regularly studied, there should be no wonder if the science of Medicine too received its share of attention. This Science forms part of the Vedas, and is called “Ayur Veda” or the “Science of Life.” 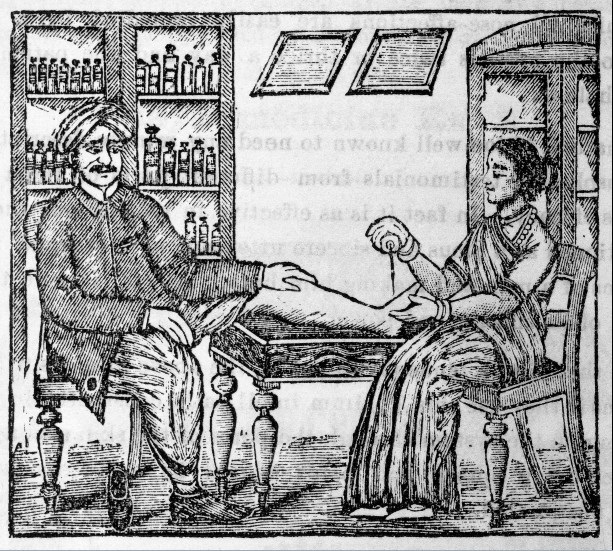 The profound cultural crisis engendered by western technical and material superiority made medicine, like religion and women's status, an important site of constructing cultural and national identity — an endeavor that had to take into account ideas about science, progress, and modernity. Thus, argument for synthesis between the two systems that would preserve the core of the traditional system triumphed over total rejection of either system, for purists envisaged a complete turning back of the clock by returning to a pure ayurveda and modernists saw no role for ayurveda in India's triumphal march toward science, progress, and modernity. Just as the various reform movements, in response to the colonial 'gaze', adopted and adapted western idioms of rationalism, progress, modernity, privileged textual material over customary practices, and attempted to institutionalize traditions through law and the state, the ayurvedic revival movement laid claim to history and science, privileged Sanskritic textual material in keeping with British Orientalism, and fought for state recognition and support.

from Uma Ganesan, Medicine and Modernity: The Ayurvedic Revival Movement in India, 1885-1947

In the first third of the nineteenth century, British health and education policy in India began to emphasize support for the new medical knowledge and methodology that was then emerging in Europe. This resulted in the patronage of new medical colleges and hospitals and ultimately produced a number of practitioners with a medical reputation superior to that of traditional practitioners. The direct effects of British policy on indigenous medicine, however, date to a later period, when Indians were admitted to the biomedical colleges, and health services were extended to the Indian public. To meet the competition of the new system and to show the value of their science, traditional practitioners needed to articulate the theoretical foundations of their medical system and to establish their professional identity. In the case of Ayurveda this meant the birth of a new era, the beginnings of modern Ayurveda, as ayurvedic practitioners had never before organized themselves into one uniform body. The traditional education system — one that still can be found in practice in India today — had been that of pupilage, that is, a teacher passing his knowledge down to one or several pupils, often from father to son or uncle to nephew. This would lead to the formation of medical lineages or schools with individual emphases on specific teachings. One step toward a modernized Ayurveda therefore was a break with the educational tradition of pupilage and a compensatory movement toward an expanded college system. This proved to be the only way to keep up with the growing number of graduates and license holders that the modern medical colleges were producing. Another step was to present Ayurveda, at political and ideological levels, as a unified medical system that would then shape the curricula of the colleges. This proved to be one of the greatest challenges to modern Ayurveda. Modern Ayurvedists needed not only to overcome sectarian and regional differences (including language barriers and diverging religious identities) in search of a uniform identity but were also confronted with new educational methods and technologies for diagnosis and research introduced to India by the British. The dominant form of ayurvedic education that developed from this background at the end of the nineteenth century was an integrated or a concurrent education system, which included both Ayurveda and modern medical subjects in varying proportions.

from Dagmar Wujastyk and Frederick M. Smith, Introduction to Modern and Global Ayurveda: Pluralism and Paradigms

The modernisation of Ayurveda has been the focus of both state and civil society organisations since the colonial period. By the late 19th century, the colonial state was quite hostile to Ayurveda and sought to remove it from state ambits — cantonments, government hospitals and medical colleges. Both Ayurvedic medicine manufacturing companies and the non-governmental organisations promoting the cause of Ayurveda came into existence at that time, responding to and contesting what they saw as stereotypes, distortions and the maligning of an ancient medical knowledge system of India. They were then able to influence nationalist politics enough to find some kind of place in post-colonial policy. ... Ayurveda's modernisation, undertaken by three actors, the state and the two parts of the civil society, has been governed by what may be called a “pharmaceutic episteme”. This is an episteme that focused on retaining Ayurveda's usefulness as a mere supplier of new pharmaceuticals and winking at/dismissing its worldview on the body, health and disease.

Rachel Berger, From the biomoral to the biopolitical: Ayurveda's political histories

Kavita Sivaramakrishnan, The Languages of Science, the Vocabulary of Politics: Challenges to Medical Revival in Punjab

Jayanta Bhattacharya, The Knowledge of Anatomy and Health in Ä€yurveda and Modern Medicine: Colonial Confrontation and Its Outcome

Very well written. You are far away from where I key this in, deep in South India, yet you write of Ayurveda from near. Keep it up.

An elegant piece! I think there were epistemological encounters focused on the new ontology of both indigenous practices as well as modern medicine. We should take up this issue with greater emphasis on it.