Some Long March pics. The current news is that they are stopping all buses, trucks from crossing the Sindh/Punjab border. Local press is reporting that Kiyani and the US both want the Long March "resolved". Whatever that means.

CM friend Anil has a nice run-down of the Long March. And I ask you to continue keeping a eye on Twitter, Teeth Maestro, and APP for the latest news. 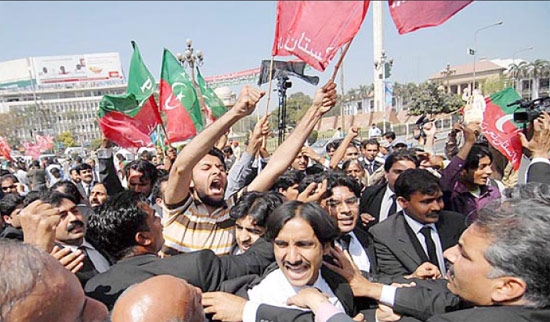 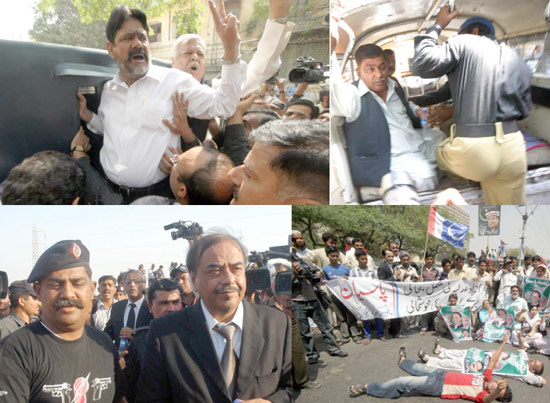 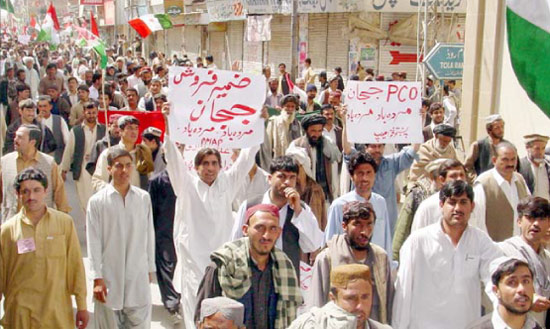 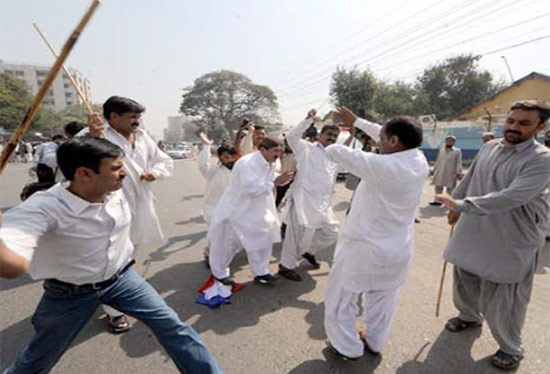 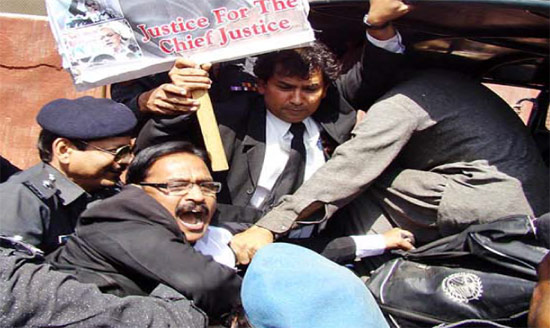 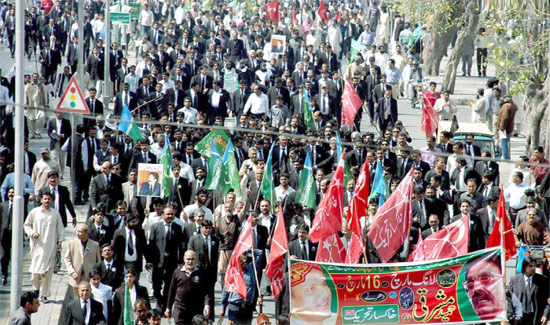 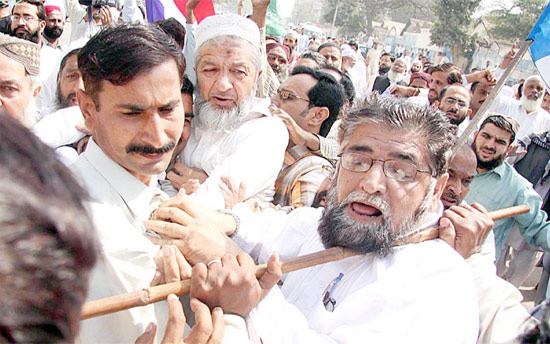 There is a very slim chance that some kind of sense will enter the heads of the Pakistani establishment and in the interest of self preservation they will defuse this confrontation for a while. But even if they do, the conflict will return because an irresistable force (the changing Pakistani society, with millions of people who want a minimum share of the pie) is meeting an immovable object (the criminal and corrupt establishment that has enjoyed insane levels of loot for 60 plus years and DOES NOT WANT TO SHARE A PENNY with anyone unless some armed group forcibly snatches it from them). The push for restoration of the judiciary is simply the most civilized aspect of a revolt from below that the establishment cannot control but refuses to compromise with (again, they do compromise when some armed group proves stronger than them locally). The fact is, they have had a great ride for 60 years. They took the loss of East Pakistan in their stride and they have managed to sell their nuisance value to rich patrons from China to Saudi Arabia to the big boss himself, Uncle Sam. But it seems they just dont have the vision to adjust their position to give some space to the new emerging middle class, not to speak of the terminally oppressed lowest classes. The irony is that very minor compromises: some minimum justice, some very minimum opportunity to rise, some vague sense of participation in the state, would let the pressure out. Our culture has its share of rebelliousness, but there is also a lot of willingness to carry on and tolerate a good deal of nonsense.... but a fig leaf of respectability, some hint of opportunity is still needed and the powers that be wont even allow that. Maybe they can still learn?? I do fear that rather than compromise, they will use violence.... maybe some of the terrorists still under their control will be unleashed at a crucial moment??