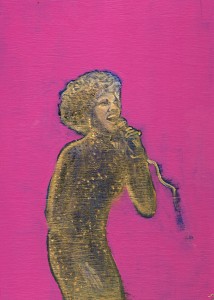 I. Years ago, while writing my dissertation, I stepped out one evening to one of those enormous drug stores that are open all night in cities. I browsed idly among the nail colors, wondering if I should consider adding layers of glitter to my already elaborate manicure. The aisles of women's products were full of women browsing and wondering such things. Over the loudspeaker the music changed from one anodyne pop hit to another, until all at once Whitney Houston's voice slid into the audioscape, then erupted into her super hit "I Will Always Love You." The women began to hum, and then to sing, softly, as they gently cradled canisters of hairspray in their hands. And then they sang, loudly; we sang loudly, unashamedly: "I will always love youuuuuuuu!" And I thought, "Yes. Yes, I can go with glitter. Yes, I will do blue. Yes. Yes. Yes." 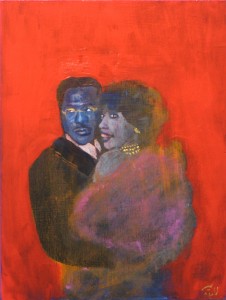 In her memoir of her time as a sex slave to Osama bin Laden during his playboy phase, Kola Boof, a Sudanese poet, wrote that bin Laden was in love with Whitney Houston. It was his fantasy that he would give her a mansion he owned in Khartoum and take her as one of his wives. And he would order a hit on Bobby Brown. If only he had. If only he had shown that same sticktoitiveness he showed later in life, he could have helped Americans avoid a national tragedy.

III. An essay eulogizing Whitney Houston from India compares her tragic tale to that of Choti Bahu (played by Meena Kumari) in the Guru Dutt film Sahib, Bibi aur Ghulam. Choti Bahu wants to attract the attention of her husband, who ignores her each night in favor of the courtesans that entertain him and drink with him. She takes up drink herself. The plan backfires and she becomes a sad drunk, spurned yet again by her cruel husband. 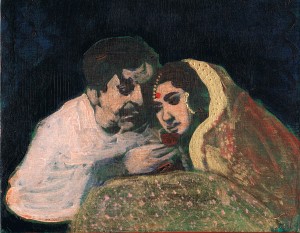 Whitney did it all for Bobby too, argues Lakshmi Chaudhry, quoting an Oprah interview in which Houston said:

He was my drug. I didn't do anything without him. I wasn't getting high by myself. It was me and him together. You know, we were partners. And that's what my high was. Him. He and I being together. And whatever we did, we did together. No matter what, we did it together.

"Because you were his wife." Responds Oprah. "Yes," she replied, "Yes. And he was my husband." 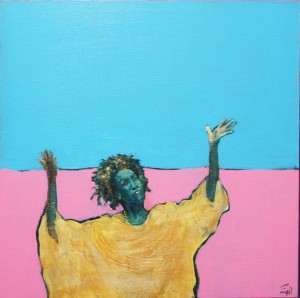 In 2003, Whitney Houston and Bobby Brown made a visit to Israel on the invitation of the Black Hebrew Israelites. In all the photographs of the trip, Houston looks skinny and unkempt. The trip involved a spiritual dip in the Jordan River near the Sea of Galilee. Brown and Houston, both wearing red dashikis, also met with then Prime Minister Ariel Sharon. When Sharon held out his hand to shake hers, Houston looked visibly uneasy and made Brown shake his hand in her stead.

V. When Whitney Houston died in her bathtub, I tried to block out the sordid image with thoughts of Pre-Raphaelite Ophelia, floating peacefully among the flowers. Numerous articles and blog posts explored the depressing details of the life of a drug addict. This one even discussed, from first-hand knowledge, the unsurprisingness of a celebrity drug addict dying in her bathtub:

So while stars are infamous for their hard partying, their dizzying downward spirals, their headline-making binges, but the truth is, when they use most heavily and subsequently die, it's usually in their most private places, where they can relax, be in quiet, and don't have to appear functional to the outside world. 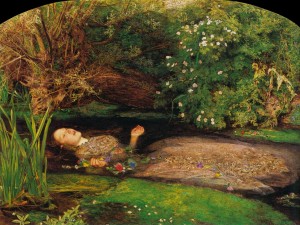 Much more rare are the overdoses out in the world of the living, like River Phoenix's in front of the Viper Room many years ago. After beds (recently these deaths include Anna Nicole Smith, Heath Ledger, Casey Johnson, Michael Jackson), it seems that bathtubs are where drug abusers die.

I tried to blot the image out again by painting it but could not. I meditate instead upon the famous painting by John Everett Millais, a postcard of which my mother hung next to the bathtub in the house where I grew up.

What a beautiful eulogy to wake up to. The imaginative leap to the Millais painting is brilliant.