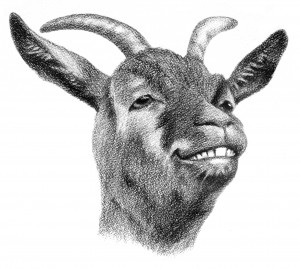 Page the Thirdâ€”In which Jassasa learns the truth about the infamous Dajjal Island and the circumstances of his landing at Keemari Jetty
A VAGUE ANXIETY took hold of me as I steered my vessel toward the source of light which was now blinking in a signal. Who were these men? How did they know my name? I was equally baffled by the phenomenon of the other shore materialising so near the island. I had been barely a half hour in the sea, and, as I believe, going in circles, before I was hailed. Had I entered a parallel world where time and distances shrank and strangers could informally ID me? I privately cursed myself, too, for losing my composure when they called out my name. I should have made a more dignified entry into their first impressions.

Soon I was at the pier where I was received by a party of three men. I needed no introduction, it seemed. I was not only amply expected, but from the passionate bodily greetings lavished on meI got an indication of how powerfully welcome I should feel among them. The leader of the delegation introduced himself as Nazru 2-in-1 Eye. He greeted me with voluble emotion and informed me that his boss awaited me "with open arms". Soon thereafter his two lieutenants, smiley faced Pappu Panni-Pack and the robustly spiritless Chhotu Charsi, covered our small party with a bed-sheet and we rushed toward a waiting jeep under its fluttering cover. If I had not lately consigned my fate into the hands of Providence, I would have inquired the why and wherefore from my hosts. But I thought that perhaps it was some religious ritual; it did make me feel all excited about the adventures that awaited me.

I was seated in the rear between Charsi and Panni Pack. The 2-in-1 Eye man drove, and the jeep soon left the jetty and turned into a street.

I was eager to satisfy my curiosity about the location of our island but wished to broach the matter discreetly. I leaned forward and asked 2-in-1 Eye in a whisper if I was in the designated land. He nodded his head. I next asked how far I had come. He expectorated a stream of betel juice into the breeze before answering, "One mile." Perplexing as his answer was, I must say I was prepared for it after the experience of my micro journey. But I wondered how Master would receive the information that all this time we had lived at a stone's throw from the designated land.

A while later I noticed 2-in-1 Eye watching me in the rear-view mirror. But as I stared back thinking he was trying to convey a message, he looked away. We kept driving in silence through the streets and I had a feeling that we were randomly choosing the alleys and side streets into which we made turns. Was someone tailing us and was 2-in-1 Eye trying to shake him off?

As we turned into Burns Road I got the strangely terrifying smell of burning goat flesh. My hair on end, I rose in panic from my seat and let out a nervous bleat. I was quickly pulled down by Charsi. Both he and Panni-Pack laughed but 2-in-1 Eye became apoplectic. "Shut him up! Shut him up! He will get us all killed!" he shouted. I was stunned by his outburst. All his affability had vanished. Charsi and Panni-Pack also sobered up. The latter put a hand over my muzzle but his grip was not suffocating.

As we drove onwards I considered my situation. Even disregarding the impolite bump our new friendship had received, I should realize that my life was in some danger. But what? Maybe the meeting with his boss would clarify matters. I leaned back in the seat resignedly. I was wrong to assume that I had had a soft landing.

We were now travelling in the dark recesses of Kharadar. We came to a stop outside a building that seemed to be tottering on its foundations. 2-in-1 Eye got down and disappeared into a dark staircase through an entrance. Charsi got down to relieve himself and have a smoke, and I found myself in the grinning company of Panni-Pack.

I wished to take back some of my fate into my own hands now and decided to query my companion about the circumstances of our meeting. I knew I had little time and I had to be careful with my words so as not to raise any suspicions. But Panni-Pack proved a tap that was turned on all too easily. Besides, he was intimately involved from the beginning in the operation that led to my presence there. The summarised tale he made of it knocked my cognitive faculties into a mad disarray.

From his account I realised I had been received into the hands of a gang. Their leaderâ€•a man with spiritual tendenciesâ€•had thought of the original idea of recruiting to his cause the Dajjal when he appeared. He planned to use Master's powers to eliminate members of the rival gang with whom his men fought daily battles for the control of the city. In search of clues about the whereabouts of the Dajjal, and to learn of his expected time of advent, he had visited a fortuneteller at the shrine of Pir Abdullah Shah Ghazi. The fortuneteller had drawn lots with the help of a parrot and learned that Dajjal and his goat-spy were occultating away on the Oyster Rocks islets a short distance from the Karachi beach. However, Master's advent was a good ten years away.

The unexpected news of Dajjal's close proximity and easy accessibility convinced the gangster that he could carry out his plan by expediting Dajjal's advent. But it could only be spurred by the goat-spy leaving the islet of his own volition.

At a meeting of the gang, Panni-Pack's droll imagination furnished the idea of sending the bottled messages to rouse Dajjal. His was the hand that had drawn the ones I so admired. When I told him that I was a fan of his work, Panni-Pack sheepishly admitted that when Dajjal was not roused by the bottled messages it was he who had stolen into our cave one day when it lay vacant and learned of my canned toy collection. That had given him the idea to address one directly to me which led to my presence on those shores. He had left the steamer there and returned on an inflatable boat.

I looked hard at Panni-Pack. He lowered his eyes. Somehow I could not find it in my heart to be angry with him.

But I braced myself. I had appeared in the designated land ten years ahead of time and there was no knowing what shape things would now take. I had to expedite Master's advent as well by a full ten years, which would have its own set of unknown consequences. It was all very irregular and held the promise to become even more so.

We heard footsteps coming down the stairwell. 2-in-1 Eye had come to take me to their boss. As Charsi slowly materialised from the shadows, I asked Panni-Pack in a whisper, "What's the name of your boss?"

He laughed a sad laugh and answered, "Black Nipple."

The excitement builds up!