The wind blows cold outside your door/it whispers words I've tried before
But you don't hear me anymore/your pride's just too demanding
The end is coming soon, it's plain/a warm bed just ain't worth the pain
- Tower Song, Townes van Zandt

Two things I know about Houston - my Babu hails from that town and is known to cheer for the Astros. And that Townes Van Zandt came from Houston. Ok, I guess, I listened to some DJ Screw a while ago. And I remember that thing w/ Two Gallants. But seriously, that is absolutely it.

I am eager, very eager, to remedy this.

I will be giving a talk next Monday at Rice University - on the topic of Prophecy and end times and Pakistan. Do come and say hi! 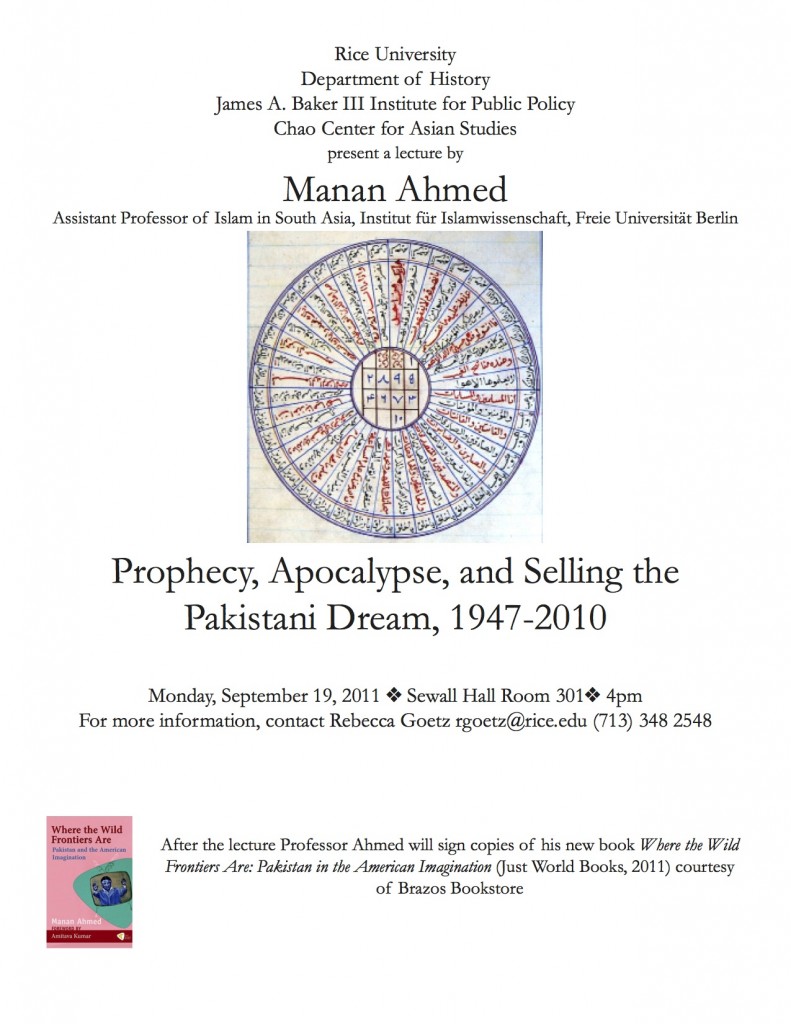 I like this; I wish I could be there for this elboration on the oft-advertised "Pakistani Nightmare". Livestream, podcast or recordings gentle sirs?

Would this include a discussion on Naimutallah Shah Wali's supposed prophecies? I am most interested in finding out if this Nostradamus of South Asia was indeed a real person or is just a figment of the imagination of Zaid Hamid.

Wow! Shame you couldn't be here for the prayer-a-thon last month. I might just have to come down from Fort Worth for this talk, we'll see -- and by the way, Townes Van Zandt (glad you're a fan) is from FW. Along with Ornette Coleman and T Bone Burnett, he's one of the few cool people we can claim.

Bhai, he may be from FW but dude did some quality time in Houston, including recording some of his best live albums. But, hey - far be it from me to give houston more credit than it is due...