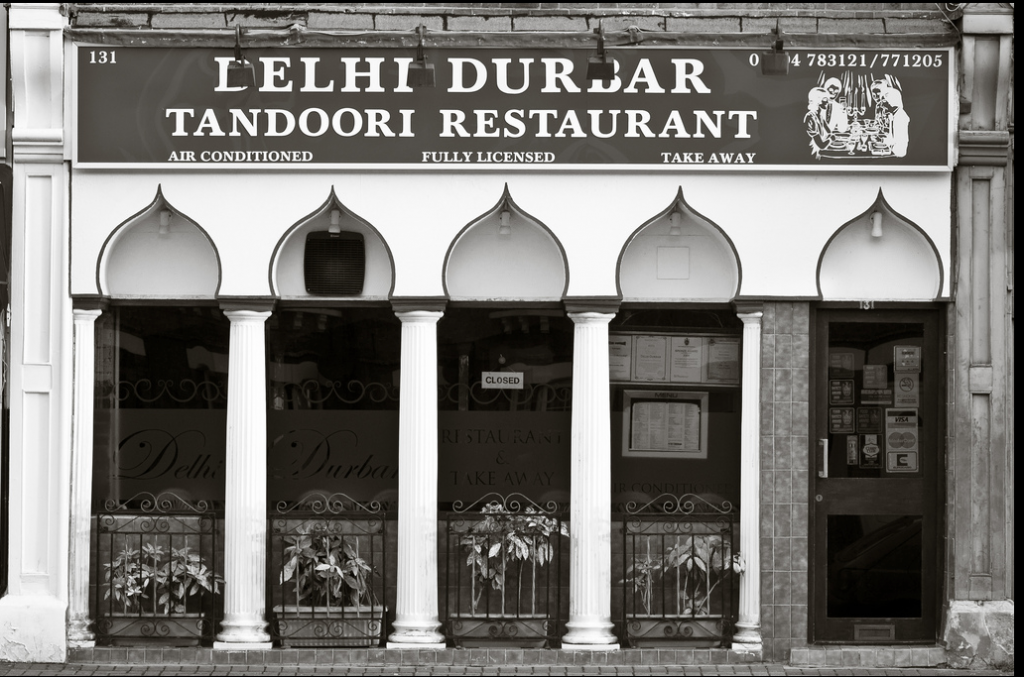 A ripe 110 years ago, in the year 1903, the Second Imperial Durbar was held in Delhi, to celebrate the coronation of King Edward the VII and Queen Alexandria as Emperor and Empress of India. Neither could attend, but Lord Curzon, then Viceroy of the Indian colony, decided that it would be a great opportunity to appropriate the spectacle as homage to the British rule of India. To insure that the spectacle would be appropriately, spectacular he ordered all the minion Maharajas of the Empire to arrive in their traditional garb, with large retinues, silks and elephants and punkahs; so they would look like Maharajas. In this neat directive, the Indian love of protocol was thus successfully employed in the service of Empire. That the arriving “rulers' were not “rulers” but vassals of Empire, that their retinues and turbans and everything else meant nothing at all in relation to their ability to rule themselves, was the farce behind it all.

The British left and Pakistan and India exchanged their misgivings against the British Empire with petty barbs and nuclear weapons directed at each other. It is a consuming concern; and has occupied millions on either side with its continuing pettiness and puffery for a near century. On either side; the love of pomp and protocol has remained; flagellated into democratic norms on one side and military machinations on the other. Indians and Pakistani leaders are united in their love of appropriating the discriminatory racism that was once heaped on them on the lesser others of their respective countries. Importance, value, worth on either side of the border equals never being mistaken for those ordinary hordes; And nowhere is this most visible than in the constellations of power, the subcontinent elected office means command over convoys of cars, flashing lights, security details and never, ever, the ignominy of being treated “just like everyone else”

To the powerful Indian and Pakistani, and to the citizens of either country that expect and tolerate the anointment of the powerful; the casual offhandedness of the Western politician is an anathema. They cannot fathom how members of the United States Congress travel in public trains, stand in line at Starbucks, do not demand acknowledgement of their haloed presence from anyone who may be about. In the odd chance of an engagement between the two, suppose a conversation between a middling Pakistani Parliamentarian and someone of similar stature from Britain or the United States; misunderstandings abound and are painful to witness if you may be so situated. The South Asian, still informed by the modes of the Mughals and Maharajas of old, boasts about servants, flaunts grandeur; unaware always that their interlocutor hears as a celebration of inequality and of servitude.

All of this came to light in a most modern controversy born just this past week An Indian diplomat based in Washington D.C made some less than honest claims in her attempt to get her Indian maid to the United States. Among them, was a vast inflation of the amount paid to the woman, an approximate 500 dollars over the legally requisite $4500. Further deceptions included omissions of the long work hours and otherwise dismal conditions; misstatements that happen to be illegal in the United States. The fraud was discovered and the diplomat was picked up. The charges are serious under U.S law, lying on federal documents and importing an alien worker under fraudulent claims comes very close to violating U.S and international human trafficking laws. The diplomat was taken to a lock-up, where like all other people detained on pending charges, she was strip searched prior to being assigned to a cell. In essence, she was treated simply like anyone else.
Within scant moments of the news arriving on Indian shores; there was uproar. The detained diplomat (who was finally let go on $250.000 bond) was elevated into an icon of Indian national pride her humiliation was the degradation of not one, but of a whole nation. It was injustice and it was ignominy, the Vienna Conventions were cited, the security cordons outside the U.S Embassy in Delhi were removed. The State Department was implicated, and the U.S Ambassador to India was summoned. It was a moment of unity for India (as indeed it would have been for Pakistan). The maid was not mentioned. Some thought her complicit in the American humiliation of India, others mentioned, as a much later aside, that while it was really too bad that she was abused, 500 dollars is quite a lot of money and really she was lucky to have a job at all. The calculations were simple; a detained and strip searched diplomat was a slight to India; an abused maid was nobody's problem or something that could be dealt with later, at some other time, on more convenient terms. It would have been exactly the same in Pakistan.

Except when it was not, the Raymond Davis affair of a couple of years ago saw an alleged American diplomat (his exact status was always murky) accused of murdering one Pakistani and causing the death of another. The Americans made mentions of diplomatic immunity, Pakistanis, already much maimed by a variety of American intrusions screamed no. In the fizzled end of the fiasco, Raymond got his freedom not owing to any special immunity but from the deft manipulation of a very Pakistani law that enables Pakistan's powerful and wealthy to buy their innocence via blood money paid to the surviving families of their victims. Under the auspices of the Qisas and Diyat Ordinance, families of Raymond's victims took undisclosed sums of money and in at least one case, also immigration visas to the United States. Unlike South Asians, the Americans were not after an international ego boost, some public demonstrations of respect that affirmed the worth of their country. They wanted their man out, and quietly, eventually, they accomplished just that.

The case of the Indian diplomat accused of victimizing her Indian maid in the United States could not end that way. After a few days of passion and petulance; the U/S Secretary of State, John Kerry, said he regretted the treatment of the diplomat. Indians happily declared victory They had won! The Americans would not be able to treat their diplomats poorly even when they happened to abuse their maids, diplomatic courtesy demanded delicacy (and perhaps even oversight, after all what's a harried diplomat with kids to do without good help of the Indian kind!) In the fog of jubilation; they may have missed, like the decked up Maharajas of the Delhi Durbar; the ultimate irony of their fervently fought cause. Abusing a maid, lying on documents, foisting the inequalities of status operative at home on their servants abroad is none of it, worthy of serious punishment, of detention least of all the strip search required of everyone. What is more important is the South Asian love of protocol, of an affirmation by a superpower of the importance of an Indian diplomat, a vindication of the belief that those that get special treatment are somehow, in some special way inherently deserving of it.

A beautiful insight into our mindsets

Bravo!! More Power to Your Pen!!

how was the maid abused? she hasn't even filed a complaint.

Loved the commentary, the comparisons of western and Asian cultures. What do you think will be the final outcome of all this? Will the maid get her compensation? Does she really deserve it? Will the diplomat be prosecuted? Does not look like, with Kerry's intervention. I guess the Maid will get her compensation "quietly" and the whole matter will be brushed under the carpet.

The maid is also Indian. In USA rule of the land is implemented equally. Well done USA. Keep it up.

I agree with most of author writes about our mind sets without generalization but talking of equal treatment before justice in USA she has not heard of a recent case of "Affluenza " defence in Fortworht Texas. Please indians ASK your diplomat to use the Affluenza defence, you can even get away with murder.

Hello there, can I please draw you attention to the recent fracas about Saatchi, Nigella and their assistants the Grillo sisters who also share a similar fate to our "maid in Manhattan"? A rather curious look at servant - master bond in this article by Deborah Orr http://www.theguardian.com/commentisfree/2013/dec/20/lawson-saatchi-grillo-messy-bond-master-servant

What a one-sided and inane article. Misses the point completely. This was indeed the Consul-general of India in NY. I am not sure where Mr. Zakaria gets his information but from what's reported in the press, I understand these are, at this stage, still charges filed by the maid who has gone missing in the US, curiously with her entire family, all Indian citizens, being 'evacuated' by the US from India on the supposed fear of Indian harassment! Mr. Zakaria's uninformative and biased piece again reveals all too clearly the other common mindset and fundamental problem with modern India - that of perennial division and dissent to the point of cacophony. Mr Zakaria chooses to toe a sanctimonious and obsequious line despite the complexities and nuances in the case. A simple one day read of history will reveal that diplomatic wrangles are all too common and often countries take a much stronger line than India - India's response has usually been moderate to meek by comparison.

If it was a Saudi diplomat, then he would have been flown out of the country without anyone knowing it. Prince Bandar will be able to give good examples. So this whole underlying narrative of Americans treating everyone the same is pure bunkum.