[This text was commissioned as a guest column in The Funambulist Magazine 4 (March-April 2016): Carceral Environments. The issue is available in printed and digital versions on The Funambulist's website.] 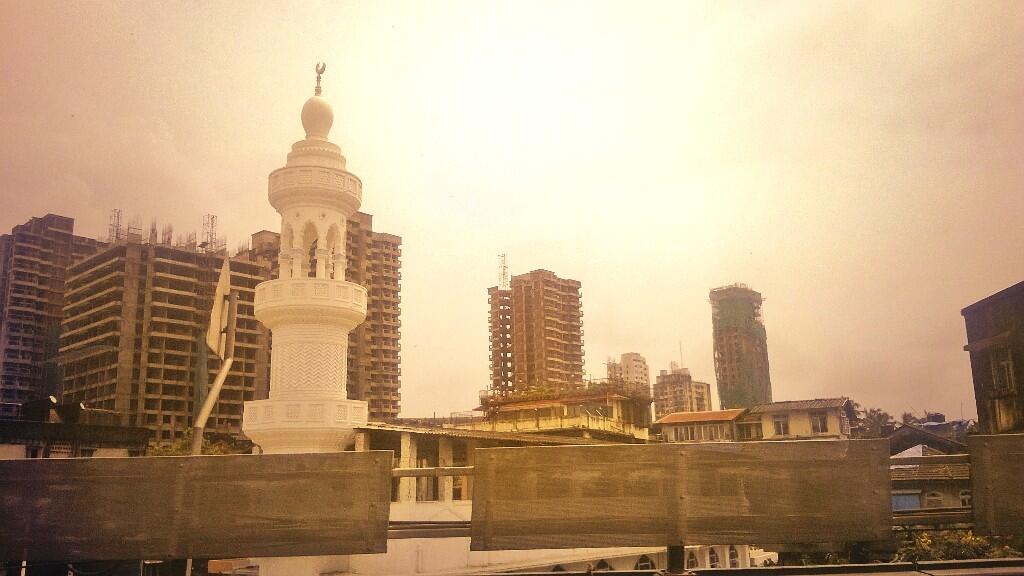 The JJ flyover was built in record time with pre-fabricated concrete blocks in 2002 over what is known as the 'native' 'Muslim' town of Bombay. The narrative dominating its quick construction was explained as 'decongestion', an easy freeway over the old Muslim town, leading one to the financial centre of south Bombay with ease. Seen as an architectural feat the flyover running at 2.4 kilometres in length asserted what Eyal Weizman terms as a 'sovereign verticality' over the area below it. Covering all of Muhammad Ali road, the spatial aorta of the native town of Bombay, the JJ flyover set a new horizon of surveillance over the Muslim 'ghetto' of the city. What else did it do in a city already entrenched with vegetarian buildings, arbitrary arrests of Muslim boys, firing and rioting in Muslim areas and mosques, and a generally discriminatory everyday life for the Muslim populace? A swift bureaucratic decision solved not just the issue of congestion, but also provided a bypass to the 'Muslim problems' of Bombay.

The area below the flyover, historically dominated by different Muslim trading communities, was strongly reconstituted as a 'problem zone' after the Bombay riots (1992-93) spread across the different neighborhoods of this area. The stigma of the riots and the presence of the underworld involved in the Bombay bomb blasts (1993), saturated this area with a signification it could never really escape. Hence the Musalman, the outsider, the terrorist, the rioter, the anti-national came to form a metonymic chain, contrasted and highlighted heavily by the then right wing ruling party, the Shiv Sena â€” the Shiv Sena emerged as a Hindu right wing political party at the time and was involved in orchestrating the riots and looting in Muslim neighborhoods. If neighborhoods bear the weight of these historical events of the city, then bodies participate in this narrative through everyday locations of living with violence. Recently a public intellectual of Bombay exclaimed: “Look at these Muslim boys speeding across town, no respect for rules, civic space, probably a hangover of riding camels.” He was referring to the Muslim boys who ride their bikes between the old Muslim neighbourhood and the colonial city, today the elite financial area of Bombay. These boys due to the festival are made allowances to transgress city spaces, beyond the old Muslim neighbourhood and venture into the zones of the elite colonial city. On other days they are usually stopped, checked and fined by the traffic police, speeding or not.

The city functions as a doppelganger on itself, with different sets of rules applying to different areas, and of course to different religiously affiliated communities.

The relationship between the physical space of city and the embodied space of the Muslim body creates a very particular semiotic zone. This involves a semiotic spread of being 'Muslim,' through clothes, food practices, ritual practices and of course through the name. I was once denied a housing lease in a so called 'vegetarian' colony, due to my last name. Albeit later I discovered, this was a building that did allow meat-eating Catholics, but had a blanket policy towards taking 'Muslim' tenants. In a sudden moment my last name, weighed heavily on me, and my innumerable years of house shifting and living across different suburbs of the city, I came to be a Muslim in the public eye, though I had never really ever thought about the signification of my last name.

A few months ago, the right wing political groups, asked for a beef ban, in the city. Beef is one of the cheapest meats available in the city and consumed in majority by its Muslim populace. Though Christian and Zoroastrian populations also consume beef, the target has been the Muslims, also because the meat shops are owned and run in majority by Muslim butchers.

In 2012, a large protest forum was organised against the communal violence taking place in the eastern state of Assam by a Muslim organisation. This protest aimed to gather people in Azad Maidan, a huge play ground located on the cusp space between the old native city and the new colonial city. Soon the number of people attending the protest exceeded the number expected. The police termed it as a riot, and eventually arrested many young Muslim boys who had participated in this protest. One of the key problems was of boundaries; the city generates invisible boundaries between areas meant for the dominant elite and those who belong to the Muslim community. The problem of the protest was the presence of Muslim bodies so up close and near in the area of the Hindu and Parsee elites. Even today the historical colonial city of Bombay, does not house a single mosque, though its colonial plan and faÃ§ade blends in many churches, synagogues and Zoroastrian spaces of worship. 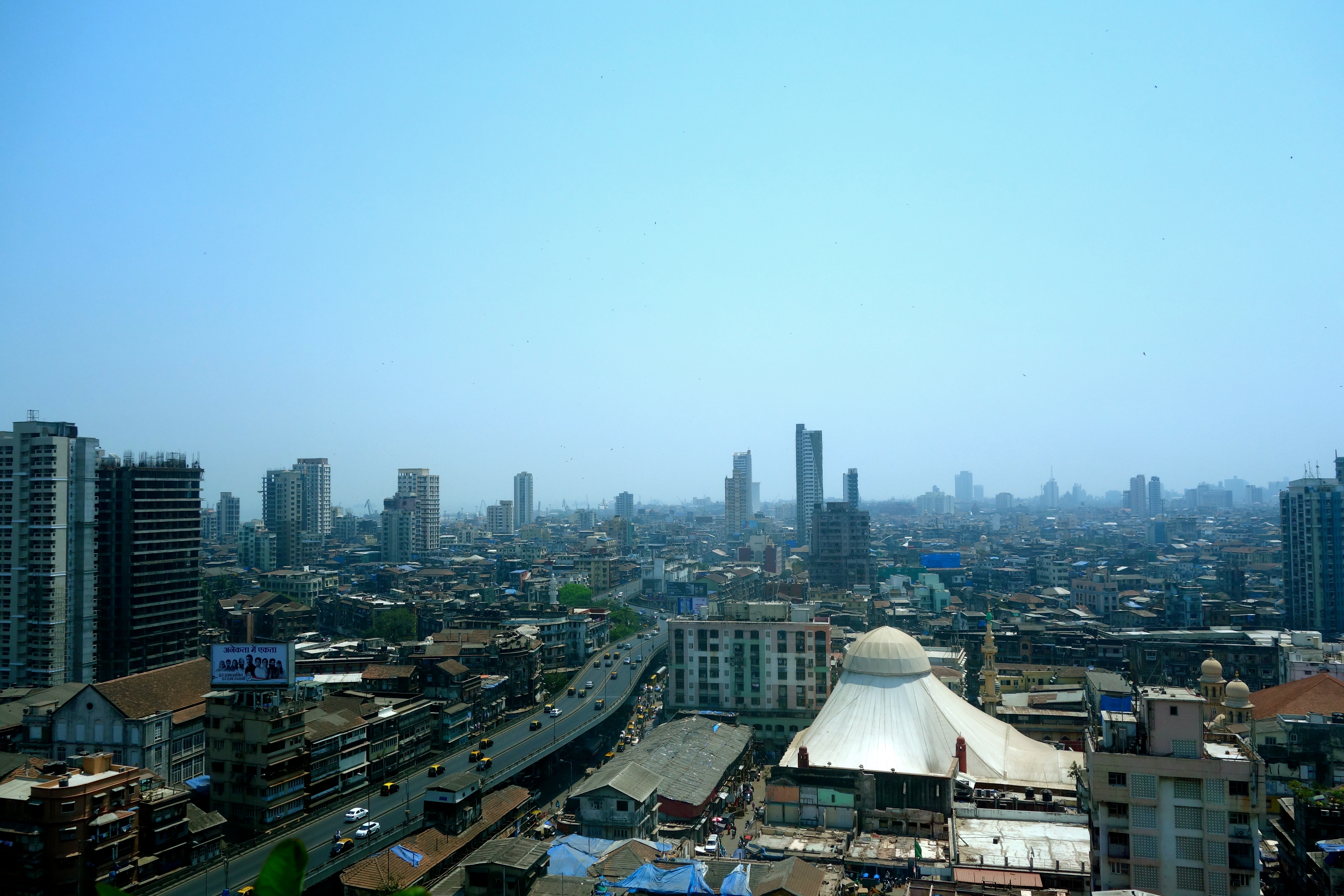 A. Patel, a builder and contractor, has called his building Sunflower, located in the in the eastern suburbs of Bandra. When I ask him, who he sells his apartments to, he explains “well mostly to Hindus and Christians, I don't really allow Muslims to buy here.” Over a few meetings, I discover, that his name actually Abdullah Patel, and he is himself a Muslim, and has named the building a generic 'modern' name, so it does not get associated with his 'Muslim' origins. He justifies his actions, on the basis of an entrenched and communal public sphere of the city, which does not wish to live in areas with any Muslim associations or have Muslim neighbours or contractors.

Negotiating the everyday, through passing, hiding, or challenging has continuously been present in the city. Architecturally, the horizon of the city changed after the Bombay riots. Large numbers of populations shifted to new townships outside the city, such as Mumbra. But over the years, Muslim populations have come to assert their presence in the skyline of the city. Driving past the JJ flyover now is an entirely different experience from ten years ago. Minarets, new high rises, and mosque domes now throng the horizon, the Muslim city is trying to reclaim, if not horizontally but vertically, a sense of the city.

[*The title is taken from China Mieville seminal book by the same name.
China Mieville speaks of a city though located in the same physical space coming to function as two cities. Taking an allegorical stance towards ideas of segregation, policing, and separations between people, who though cohabit the same place, live in different cities both by the law and in their minds. Working on Muslim Bombay, provided me one location of thinking about such a city within another city.
** The name of the city of Bombay was forcefully changed to Mumbai by the right wing ruling party the Shiv Sena, after it came to power in 1995, I continue to use Bombay, as a format of reading other histories of the city, than which the state came to prescribe.]