I am posting my short remarks on “South Asia from Afar”–a series curated by Dr. Nayanika Mathur and Dr. Sneha Krishnan at Oxford School of Global and Area Studies, Oxford University. The webinar took place on June 23, 2020. The video is on youtube.

Thank you to Nayanika and Sneha and to my co-panelists for making this conversation possible. I will speak today as a historian of the pre-1800 period who deals almost exclusively with manuscript materials and with critical editions of texts published everywhere from Leiden and Berlin to Cairo and Karachi.

If, as Ajantha Subramanian, said Anthro has to re-think participant-observation, what is the corresponding methodological shift for historians? We also have a fetish for the material access to the archive, the “dust”, the “recalcitrant archivist” and we all have stories of fun and horror. However, scholars have also pointed out how as researchers in the archive, they have been subject to discrimination, predation, and health crisis. We do not talk often about those issues. The archive should not be romanticized. And what I will say today is, neither can we turn to the digital archive as a panacea.

Before I start, I want to put on the table my basic premise: that the contemporary “study” of South Asia is always from afar. It is from afar because many of the major centers of research, and publications, for the study of South Asia are in UK, northern Europe and the northern Americas. It is from afar because if you are a scholar domiciled within South Asia, you have to travel to archives and repositories in the UK, northern Europe and US to access the materials you may need to do your work as well as to read the scholarship. The historian in Lahore, is doubly distanced because they cannot even travel to archives in India. That is considered normal by all sides. All movements of the scholars, all access to archives requires money, contacts, visas, many forms of explicit and implicit privileges. The scholar within South Asia is thus forced to study South Asia from afar. It is from afar because that is the postcolonial reality of our lives.

Now I want to make two points that I believe the covid-19 crisis, and the global Movement for Black Lives have brought into relief. I do want to stress that I believe these are inherently linked phenomena because of their consequences on our field of study:

The violent collection of manuscripts, and objects, by French, Dutch, German and English, from colonial Hindustan is something that has not been taken up by our field in any direct manner. While the brutality of indentured labor, criminal law, and manufactured famines, understandably overshadow these accumulations, the consequences of this accumulation have been just as devastating and profound for the future of South Asia. It is natural for us to travel to British Library, or the India Office Library, or the Royal Asiatic Society, or Yale or Harvard or Staatsbibliotek Berlin in order to access manuscripts that we need in order to study South Asia. It is naturalized as in, any scholar, knows the grant writing processes through which they can hope to attain such access.

Since 2004, the launch of Google Books, we have seen digitizations of print materials in major US libraries. This was followed, since 2010, of manuscript digitizations in major world libraries of materials pertaining to South Asia.

This digitized material is another instance of (colonial) accumulation. So while we imagine the global repositories such as Hathi Trust, JSTOR, Internet Archive, Qatar Digital Library, as making available material that belongs to the realm of global knowledge, these repositories are also reinforcing the copyright laws of their particular jurisdictions on materials they frankly do not have the rights to display. You may not know but HathiTrust “opened” their archive to the few and the rich whose personal libraries held the same book for a limited time “Check out”. Contrast this with the millions of hours of voluntary efforts that have gone into creations of so-called “pirate” libraries where an immense amount of scholarship is available freely for anyone.

Scholars are contemplating how digitized materials can enable work that previously required laborious and costly trips to the archives. I want to stress that this accessibility remains an expensive one. There is a global digital divide, especially in South Asia when it comes to accessibility. The infrastructures of digitizations do not allow those with low bandwidths, with varying degrees of digital literacy, and without access to wide screen desktops and, most consequentially, European languages to access these so-called ‘free’ collections. Right now, students are protesting across Pakistan because they cannot attend their mandatory classes online because they lack internet access. How can serious research take place? When we put the “afar” within South Asia, we see how these collections that tout a global service cater really to the same audience they have always attended to: the privileged researcher from top universities in the global North.

Yes, the digitized collections allow us to work remotely. Yet, they also make us more dependent on the infrastructure of access, not less.

So how do we move forward now that we have had constraints put on our movement by a pandemic and a resulting financial crisis? How do we rethink our disciplines and norms?

I have tried in my own work to rethink how the post-colonized historians have to make methodological changes. I incorporated walking into my first book and now, in my forthcoming book, I have foregrounded the creation of archives themselves as a way to rethink the history of Hindustan. I can speak more about this in the Q&A if people are of interest.

For a while, I have argued that the digitized manuscripts should be repatriated to the global community, especially to previously colonized scholars. This repatriation is both materials–colocation of digitized archives in local servers and the capacity of new archivists to create new metadata about these holdings–as well as emancipatory.

The conversations compelled by the Movement for Black Lives also forces archives and libraries to understand the forms of exclusions and racist cataloging they practice as general norm. It also reminds us to recognize that these digital repositories are built by Black and brown labor–literally. For many moons, I have been trying to document the fragmentary presence of Black hands and fingers in the scanned archive. 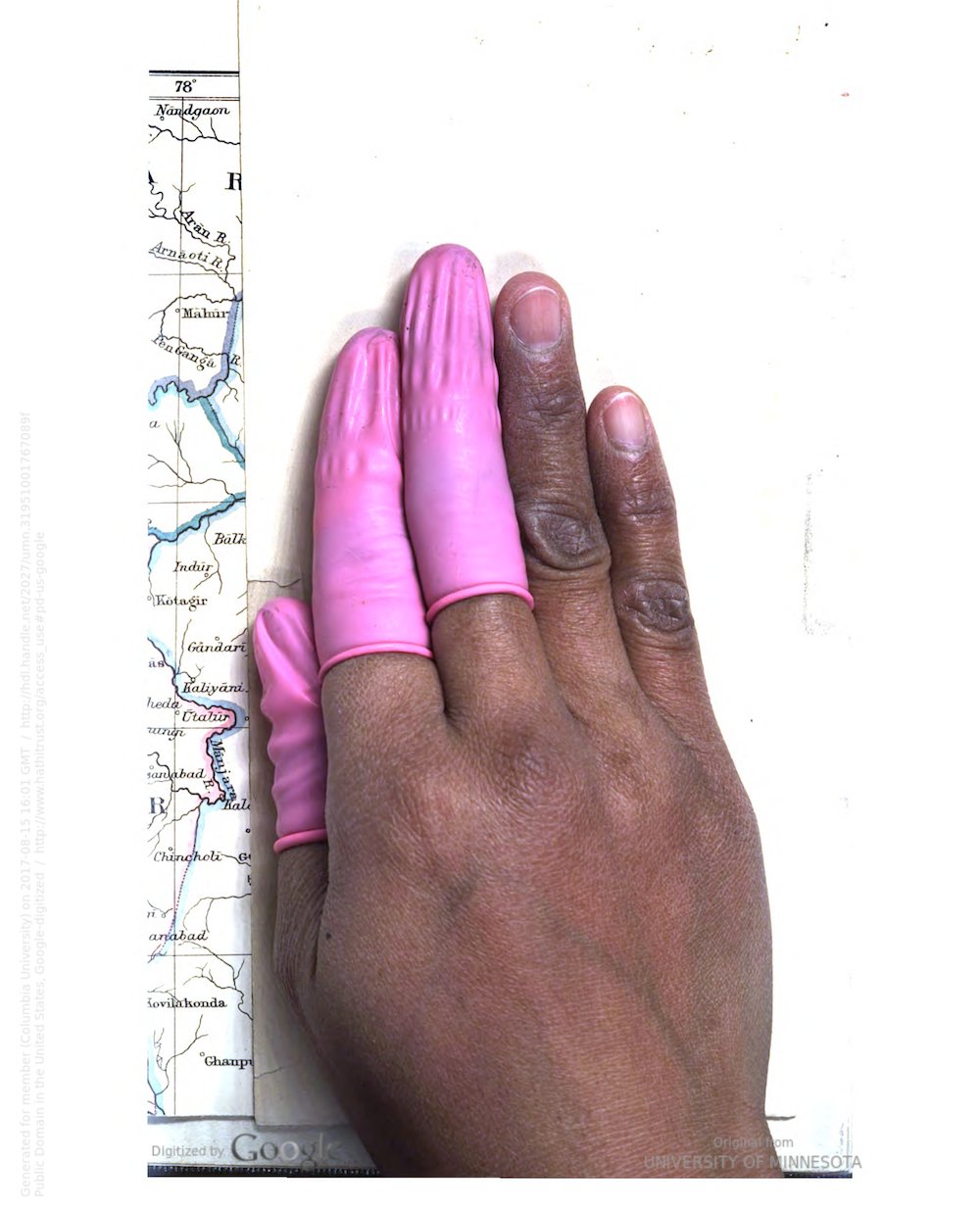 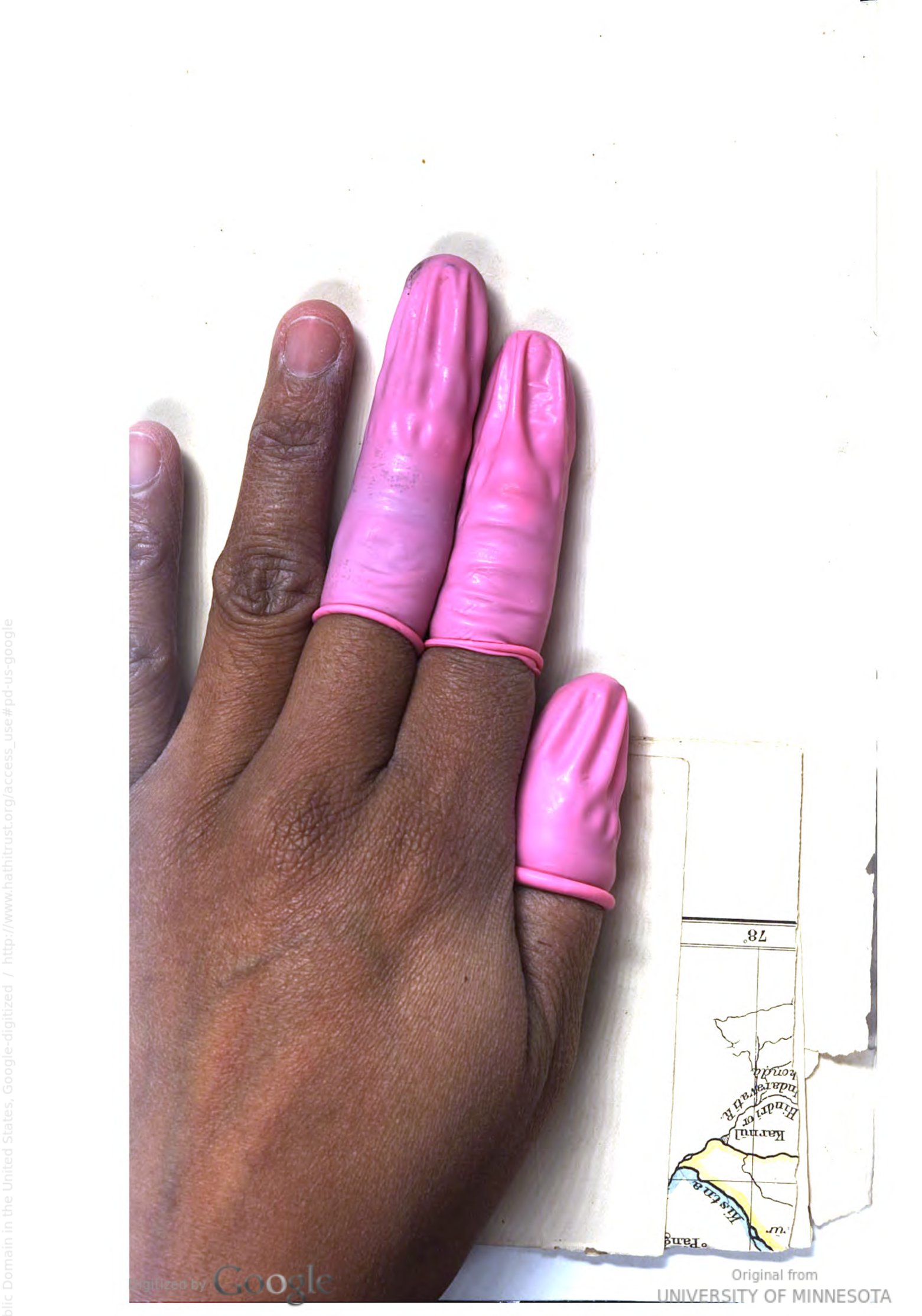 How do we force into the open, the ways in which Black labor, caste hierarchies, and religious majoritarianism that is prevalent across South Asia is elided, obscured or ignored? It is not enough to manage a way out of this crisis and to wait until we can go back to “normal”. The Movement for Black Lives demonstrates that it is the “normal” that is the actual problem. So the response to covid-19 cannot be to wait until we can jet to an archive in Paris or Patna. It is to ask how, as a discipline or field or individual scholar, we must re-orient our practice of being a scholar. We must create new solidarities within and outside South Asia to imagine a way forward.