I know all of you are super-busy, so I won't, like, write 3000 words on the 18th amendment's passage or even 2000 words on what I think will forever be known as the Last Summer of Water in Pakistan. So, instead, here are the pictures which really, really deserve a lot of words. All were taken from the Urdu Express newspaper over the last 10 days. 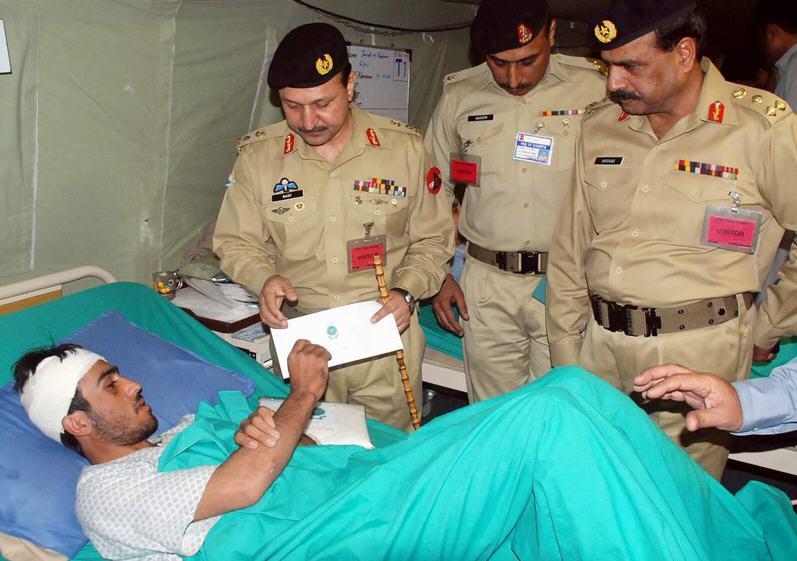 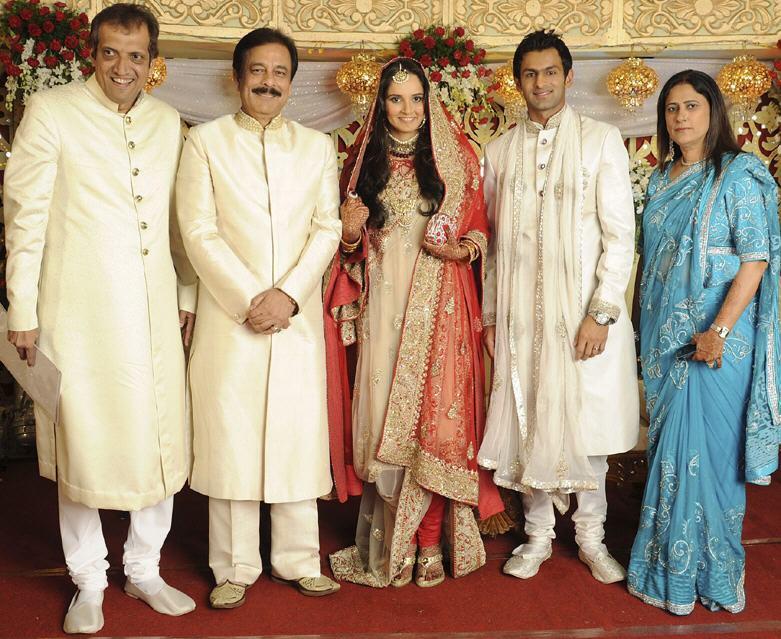 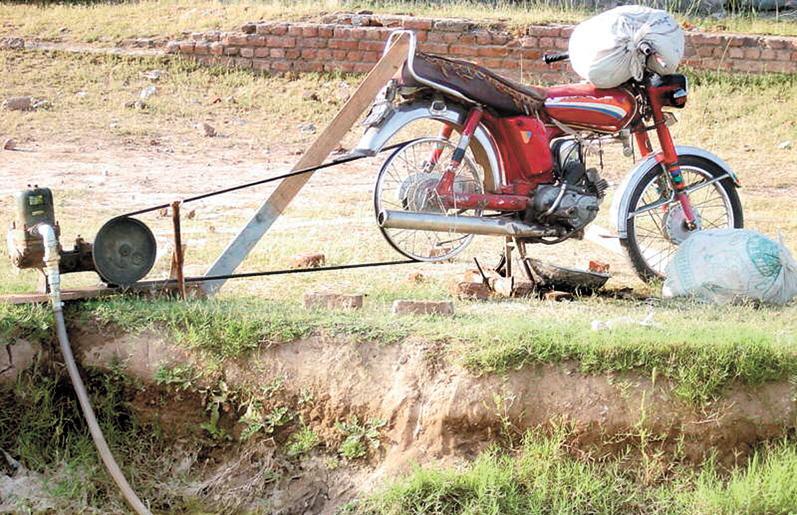 This last one is just cuz.

The last one is fascinating. Reminds me of the old-style tractors which had belt drive extensions so you could use the tractor to power saws and other tools. We are a creative species.

I think you meant "Soft Diplomacy" for the wedding picture, not Democracy. Incidentally, the other two men are the cricketer Pataudi, and one of India's foremost crooks, Subroto Roy "Sahara".

Naim sahab: I don't know if Roy is or is not a crook, but do you think he is any bigger a crook (or saint) than the other big industrialists? To be honest, I hadn't heard that he was especiall bad/good, hence this is a real question (not a rhetorical one)... Man, I didn't recognize Pataudi until you said so: wow, even compared to 10-15 years ago, he looks very different.

Qalandar, I imagine, money-wise, SRS is probably not among the ten wealthiest, but he has plenty of money whose origin has never been fully known. He is not an industrialist. Insurance. Real estate. Some say, ponzi schemes. These have been his claims. He has been patronized by all parties and political bosses, whose money he is accused of laundering through various deals and ventures. Narasimha Rao; Amitabh Bacchan; Amar Singh; Vajpeyi, you name them. I particularly despise him for two reasons. (1) His home base is Lucknow, where he has built a city of his own. He publishes an Urdu newspaper from Delhi and Lucknow, which caters to the most conservative, religious evelements among the Muslims. And (2) his name appears in bigger letters and more vividly on the the shirts of various sportsmen than the word 'India' they claim to be playing for. His profile at: http://www.iloveindia.com/indian-heroes/subroto-roy.html

Are you sure the man in the picture is Pataudi ? He is I think Imran Mirza- Sania's father. http://photogallery.outlookindia.com/default.aspx?pt=2&ptv=101640&photono=5&pn=1&pgid=22211 Rashtriya Sahara Urdu has multiple editions - not only from Lucknow and Delhi. Subroto Roy must be given credit for reviving the Urdu newspaper business in North India . Besides that Sahara also publishes Urdu Magazines too.I don't what came of his plans to launch a Urdu Channel though

Null, You're absolutely right. That is Sania's father, and not Pataudi. Urdu Rashtriya Sahara looks good, reads awful. Except for one columnist (? Agha), its contents represent fairly reactionary views. The same is true for its Urdu magazine.

I have not read much of the Rashtriya Sahara Urdu version, but after years of only hearing about Urdu papers going out of business and/or facing dwindling circulation, it was nice to hear of a publication running against the trend, and with good production values too. To be honest I find many other mainstream papers (Urdu as well as Hindi) quite reactionary as well, but perhaps you mean that Rashtriya Sahara is even more so...I had imagined it as squarely within the "breathless" tradition of incident-driven news populism championed by the Hindi news channels, or by a Times NOW...

Whew, so that isn't Pataudi. The ageing process is a little less cruel than it seemed a day ago...

@Qalandar Rashtriya Sahara has an online presence - check out http://www.urdusahara.net I earlier used to get the Rashtriya Sahara but my newspaper vendor does'nt supply it anymore - saying it is not worth getting a copy for a single customer . This infortunately means that you can mostly get access to urdu newspapers only if you live in so called 'muslim ghetto'.

Null: I should note that you can find it at (at least one) airport; in fact one of the very few times that I read any Rashtriya Sahara (Urdu) was in March 2009 at the new Delhi airport terminal... Thanks for the link, I hadn't thought to look! (Also because I remain loyal to Hyderabad's "Siasat", which is also online in all its (politically infuriating) glory :-))...

OK, this website is really freaking me out. http://www.azizburney.com/

accha, woh flute-waali picture, i guess that is a visual translation of the idiom "bhaeins ke aage been bajaana" as in "appealing to the indifferent." or am i seeing pataudi here where there is only a mirza?

Yep. That is what it is. Punjabis do have a sense of humor.

Sepoy, Now that you've found Aziz Burney, you know what Rashtriya Sahara Urdu and its magazine represent. As you know, he is the editor of everything Urdu for Sahara. The sad truth is that neither Lucknow nor Delhi supports a good Urdu newspaper. They are found at Bombay, Calcutta, and Hyderabad.

To the extent the idea is that Bombay and Calcutta are not traditional "seats" of Urdu culture, that is valid -- but not with respect to Hyderabad, which even in the days of Zauq's couplet professing his inability to tear himself away from Delhi's charms, was being recognized as a a center of Urdu :-)

While literary Urdu is, sadly, not thriving, as a general matter I don't think any major city in India has an Urdu profile as visible as Hyderabad's. A large part of it is that Urdu has long been a second official language of Andhra Pradesh's, whereas it had to contend with great resistance in post-1947 U.P., etc. In recent years Delhi seems to this outsider to have become more accepting of the Urdu-facet of its personality, but early days yet...

Uhhh, what was that about the last summer of water in Pakistan? So I guess we'll have to seriously put efficient water management of the Pak political agenda, eh? And, um, in my personal opinion, there is nothing much we can do about the population hitting 250 Million. If any of you would like to try though, well please go ahead and good luck on getting it to work.

My Two Paisay: And yesI forgot to mention I read that entire BBC article a few months back, so hesitantly did so before writing last comment. That's why I mentioned water management and population planning.