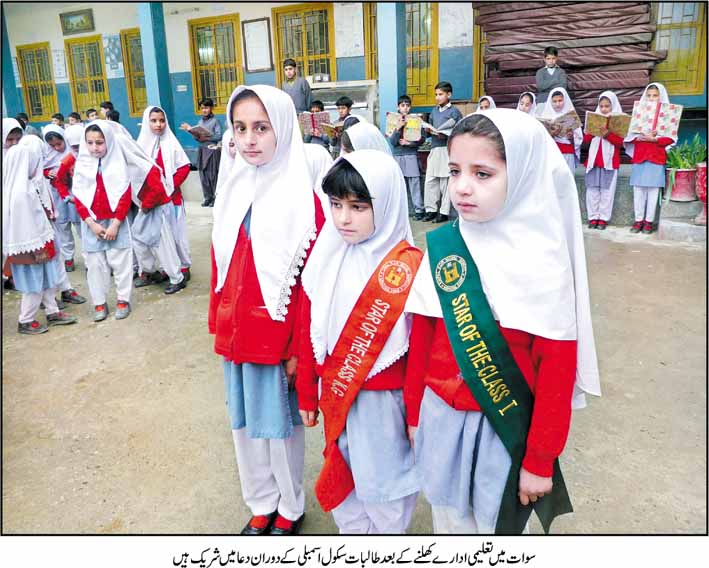 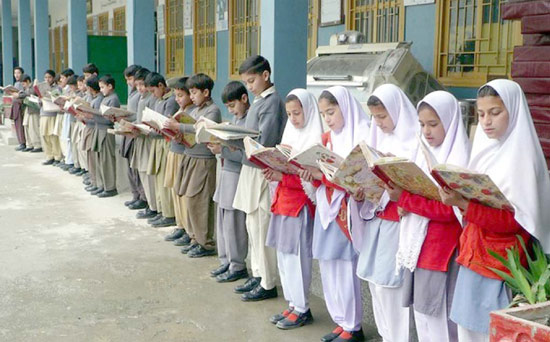 If there is a cuter, more cheering sight than these girls in a Swat school, I haven't seen it today.

Great pics, thanks for posting. Non-sequitur: I note that school seems to be written "skool" (ph.) here, instead of "is-kool" (ph.) -- is that the usual spelling of this word (i.e. without the "alif")? I think the textbooks on the other side of the border include the alif...

Urdu newspaper copy editing is gone to hell man. It is supposed to be with the alif.

Schools in Swat are open? So that was it? Give the taliban their due and they re-permit girls' education? Something doesn't make sense here...

not to be a party pooper, but there are some significant strings attached. Girls schools above grade four may not be open and all girls are supposed to be in hijab and strictly segregated from boys, which are not huge changes in traditional areas, but the point is that the people enforcing rules are the taliban...they tend to be rather strict. I expect some examples will be made (eggs broken for this omelette already include the 200 or so schools blown up)

[...] Lahore (pop. 12 million) will fall? You go on and on about the closed girls schools (they have reopened) and the out of work barbers and all, you nonchalantly dismiss every bit of evidence against your [...]