U.S. gives Musharraf's government about $200 million annually and his military $100 million monthly in the form of direct cash transfers. That's just how we roll!

Via Bill Swersey comes the news that Asia Society will be having an Emergency Town Hall meeting on Thursday 11/8 at 8:30 am EST. Asma Jahangir, head of Human Rights Commission of Pakistan; Awaz Amir, columnist with DAWN; and others will join a NYC crew via teleconference. You can watch the live webcast on their website.

Two private channels, CNBC-Pakistan and Business Plus, are back on air. The rest are still being blocked. Folks inside Pakistan should take a look at this to bypass the restrictions.

My father reports from Lahore: "Things are as usual. No one even knows what is going on. It's only the lawyers. We have had four martial laws and nine emergencies. What is so special about this one?" I think Nicholas Schmidle talked to my father because he files a similar report from Islamabad. I agree with both of them and I disagree with both of them. The onus of a "common people" uprising is not really a realistic criteria. (Are the lawyers and students not common, btw?) Why should we discount that the supporting bulwarks of any political system - the lawyers, the bureaucrats, the educated middle class - do not constitute mass politics? I see them as essential both as legitimization of mass unrest and a viable alternative to the status quo. 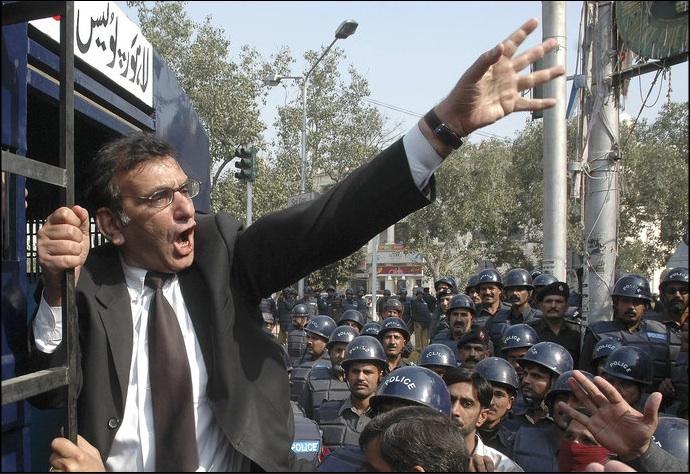 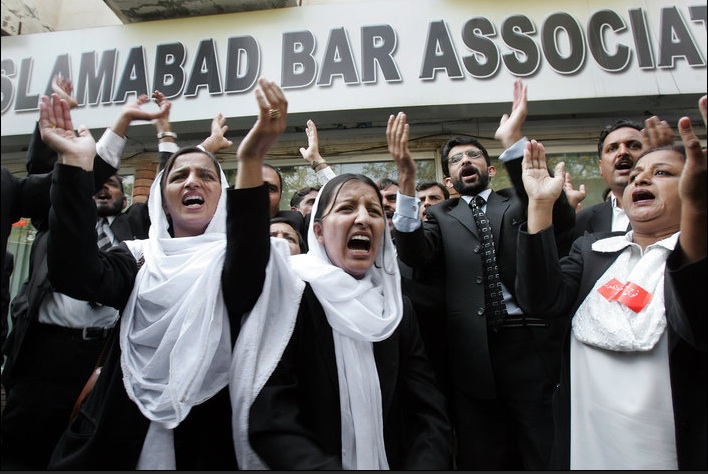 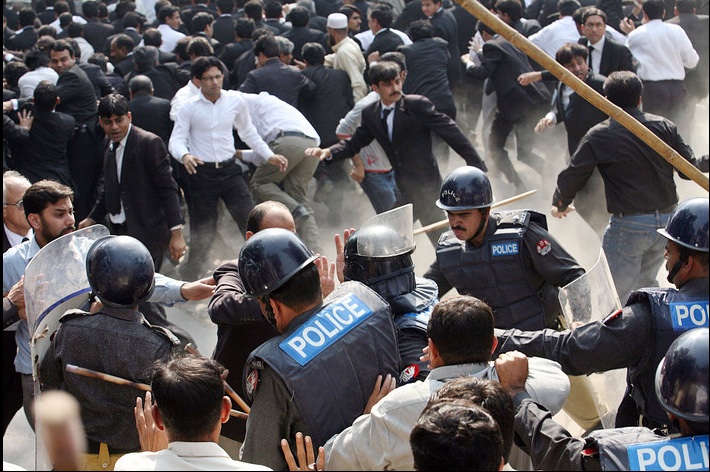 There is now a wiki to coordinate the many activities.

NYT has not one but two op-eds. First up is Benazir Bhutto who seeks to create a coalition of moderation. I am unclear as to what that means but good for her to try and make this all about herself: "my party would most likely have swept parliamentary elections". Riiiight. Is that why you cut a deal, Bibi? The other op-ed is by Muhammad Hanif who has a forthcoming novel, “A Case of Exploding Mangoes.” Less we linger on that one, the better.

This is classic satire in Punjabi and, of course, banned under the current PCO:

Finally, I want to draw your attention to Barney Rubin's amazing post. I cannot stress how crucial it is to read that post - for all media and media-wannas.

Also, in Slate, is an explanation about the lawyers.