Life is rather hectic, gentle readers, and I cannot promise anything here for another ten days or so. However, I promise that once life is returned to me, I will return to you with reports, opinions, excitement of various sorts. I lead you on, because I know you still have feelings for me.

In the meanwhile, here is a riddle. Below is an image from Punch, 1842. Can you guess the context, the jab, what in the world is going on? 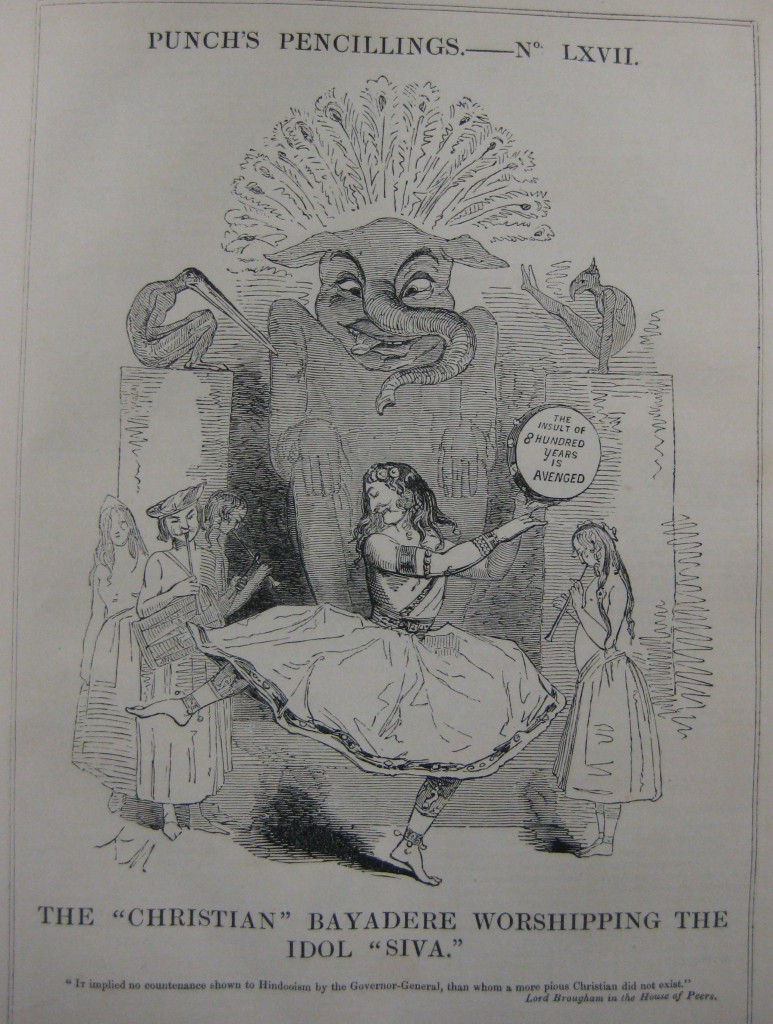 That's a cute one. As near as I can figure, it's the Governor-General's attempt to return the temple gates from Ghazni to Somnath. Apparently Punch (among others) saw it as pandering.

Google agrees with you Jonathan: http://bit.ly/bXl4m9 @Sepoy: is there a digital version of books/gazettes/magazines from British India that you know about?