The sudden and tragic loss of Professor Sunil Kumar (1956-2021) is a great shock to the field of medieval South Asia and to scholars of South Asian history more broadly. I am asking friends and colleagues to share their memories so they can be archived here. Please send them to mananahmed@outlook.com

I received word on the morning of January 17th that my dear friend, colleague, and mentor, Sunil Kumar had passed. I was in frequent conversation with him, recently regarding some papers I had written. He seemed in good health and perfect cheer back in August. He was very much looking forward to his retirement and wrote on August 2nd, “My three year term is over, and I will be 65 the coming March when I will retire. So, yes whatever teaching is possible under lockdown, other times to read and write….there’s so much to catch up on as I shake off this administrator’s gown. It will be good to get back to what I am actually trained to be doing… I should be free of my job [as chair] within the coming fortnight. Then I will drink and sleep over 48 hours. And after that ….please send whatever you have. I’d love to read it and select things for the IESHR”. Then suddenly he went silent for almost two months. This was uncharacteristic, and I worried that he may have contracted COVID. My fears were partially confirmed when finally he responded on September 29th, saying “Apologies for my silence Ali. I have been quite sick with a virus that mimes COVID symptoms. I’m recovering but quite debilitated…Give me another 5 days to recover”. Five days passed and the troublesome silence continued. On October 23rd I learned from mutual colleagues that he had had a tough month but was recovering his strength thanks to some timely medical intervention.

Another long gap of gnawing quiet, until at last, he wrote on December 12th and gave me the dire news, “As I mentioned earlier, I was quite sick, and all of its ramifications became apparent very slowly. I did not have COVID as I had imagined, but COPD…You’ll hear from me and very shortly”. My insistence that he need not trouble himself with my paper and instead focus on rest and recovery went unheeded. On the 24th of December, he messaged to say that “I got stuck and exhausted myself and am just finishing the report”. Again he ignored my request to not tire himself over it, and he finally wrote back on January 7th, “I am very much better so I don’t have that as an excuse for the delay in sending you the report any longer…I am satisfied with the report below and I do hope it is intelligible.” The report shone with the same light of intellect, perceptiveness, erudition, and vision that had illuminated all the previous comments I have received from him on my previous drafts. I have submitted five papers to the Indian Economic and Social History Review, and I know he had a hand in every one of the reports that I received. This last report was by far the longest and most thorough of them all.

The news of his death ten days later was a blow not because of its tragedy, but because I realized that Sunil had spent the last fortnight of his life on my paper. He had given me a part of his life. I felt a mix of emotions at this: sorrow, fear, disbelief, privilege, guilt, and indebtedness. Yet, I also knew that only love and passion, and not mere duty or obligation, could have fueled his incredible dedication to scholarship while he was battling with his illness. Obituaries will surely appear in the next weeks and months, and many of these will evaluate Sunil’s publications. Let me just say that a common thread ran through all his writings, and was perhaps best expressed in his forthcoming “Time and its didactic possibilities: Sijzi’s Fawā’id al-Fu’ād and the fourteenth-century Chishtiyya”. I am referring to the combination of close textual analysis, consideration of the production and distribution of manuscripts, careful historical contextualization, a humanistic and sympathetic engagement with past actors, and a subtle and sophisticated way in which he analyzed numerous subject matters which made straightforward positivism look like a crude barbarism.

However, Sunil has moved the field forward by leaps and bounds not simply through his own research and writing. He left a lasting impact on medieval Indian history through his promotion of the works of others. Sunil Kumar was almost twenty years my senior, and he was never formally my teacher. Yet, he mentored me as if he had been a graduate advisor, and even beyond that, he treated me like a brother. I know there must be many other students and scholars who also share the following experiences.

He constantly encouraged me to submit papers to the IESHR, the journal that he edited in one capacity or another for 24 years. When he received submissions from me (6 in total, 4 of which have been published) he put so much time and energy into each of them in order to raise its quality to the journal’s standards and in order to help bring out the paper’s full potential. Whatever impact these publications have had, a great deal of the credit should go to his editorial efforts and the comments that he either authored himself or that he garnered from external reviewers. In addition to these, he provided extensive comments and feedback on fourteen other papers that I have written on South Asian history (as well as a portion of my last book), either before or after publication. Twice he was in a position to invite me to give a presentation, first in 2009 during his two-year stint at SOAS, and then in 2019 along with Peter Bang of Copenhagen University at DU’s Centre for Advanced Studies. I would be remiss if did not mention his focus on his students during both talks. Not only did he make sure I spoke to a number of them individually, he was indeed very keen on them benefitting from the event. He repeatedly mentioned this in his communications with me leading up to the conference, and he wrote to all the participants afterwards “[the students] are the gold node of our world and we are so very proud of them.” I saw him put this belief to practice.

In May 2014, he attended as a discussant the Shah Jahan conference, at the Austrian Academy of Sciences, and when it was all over he convinced the organizers to ask me to help edit the volume, which was published in 2019. In 2015, when he declined the offer to contribute a paper on medieval India at the Cambridge World History of Slavery Conference, University of Hull, he suggested my name instead. That volume is to be published this year. He served as my reference for numerous funding applications as well as merit and promotion cases.

He had nothing to gain personally from any of this, but must have thought that I would make a worthy contribution to what he loved and was passionate about—India and its history. When I visited him in London he said, “Ali, I miss my vatan”. Ten years later, in Delhi I could see that love in him as he and his wife Anjali walked me and two other overseas guests through the streets of Chandni Chowk to the Jama Masjid and then Karim’s for dinner. I watched his transformation from gentleman scholar to joyful youth, practically giddy with excitement as he walked the streets of old Shahjahanabad, appearing to draw ever more energy from the crowded streets, joking with vendors, waiters, and rickshaw drivers. This is not the effect of modern nationalism but the older hubb al-vatan “love of homeland”.

He has gone away before his time, but I know he has left behind so much of himself among his many students and those others, like me, whom he mentored and supported with his life. 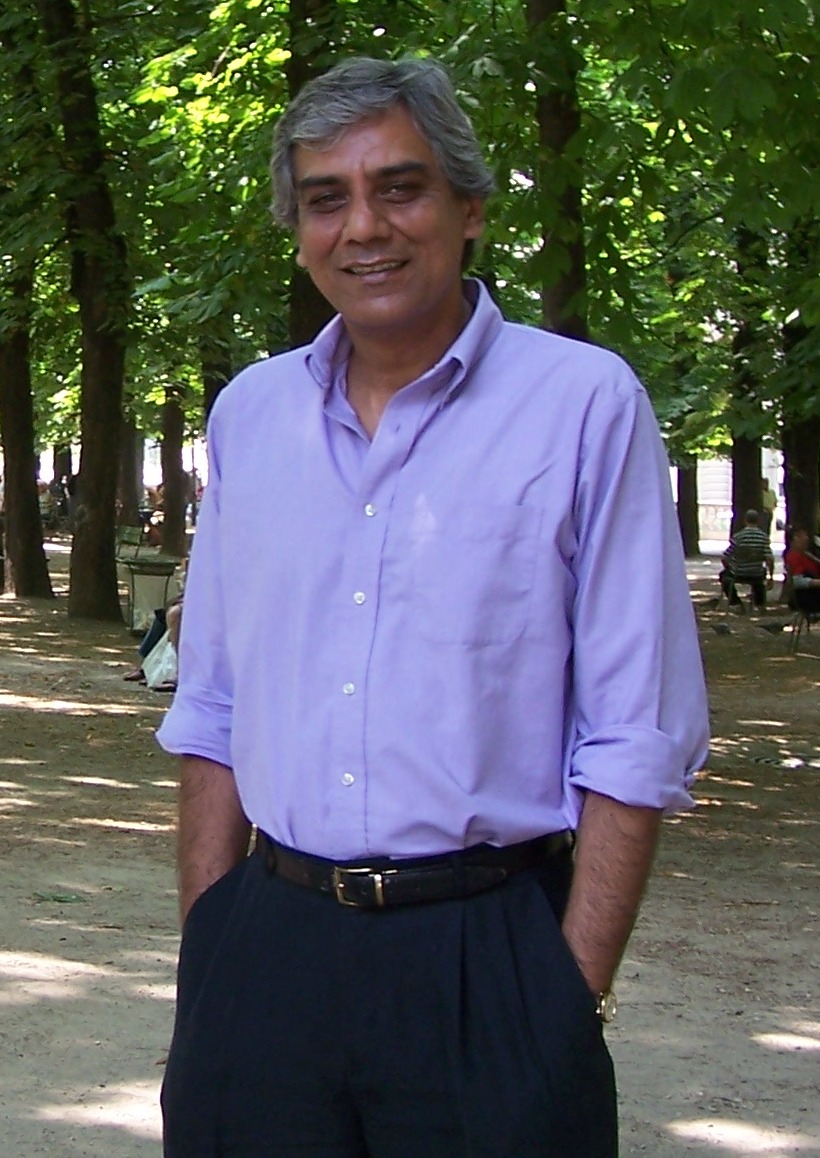