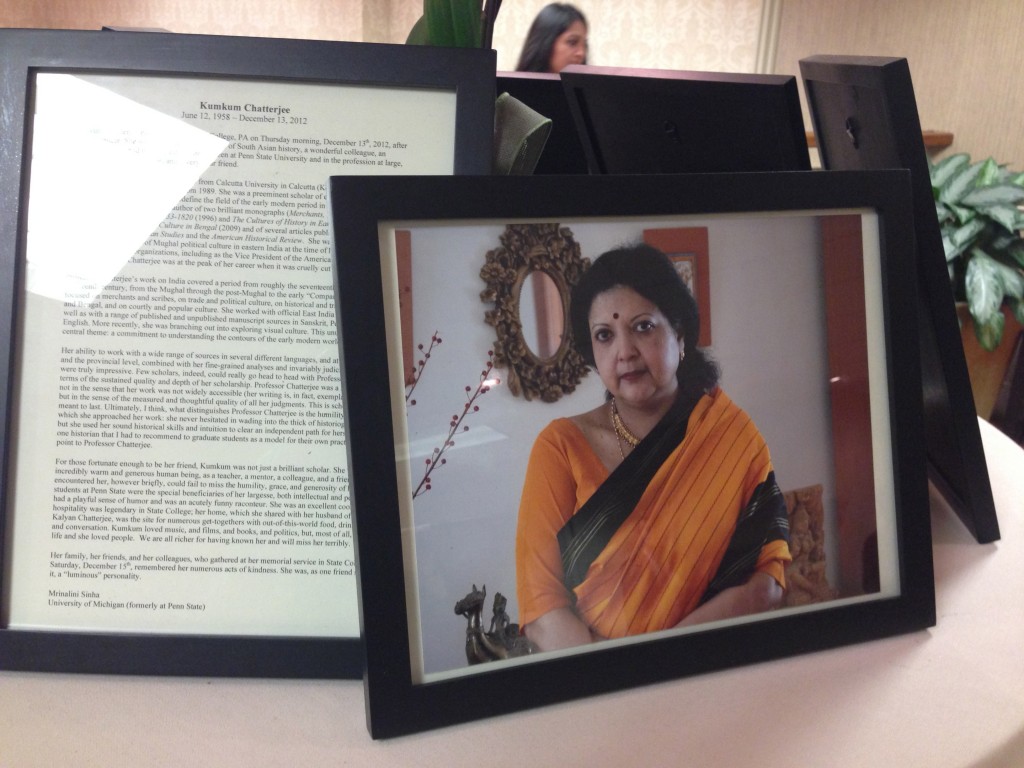 Two weeks ago, a group of scholars and family members gathered at Penn State University to honor the memory and work of Kumkum Chatterjee (1958-2012). The conference, The Local as Cosmopolitan: Negotiating Tradition, Making History, Translating Culture in South Asia, was hosted by Penn State's History and Asian Studies departments along with others. It focused on presentations and discussions of the themes which animated Kumkum Chatterjee's life-work: cultural and imperial entanglements, literary history, place and narrative.

On the academic front, the papers by Ramya Sreenivasen, Sanjay Subrahmanyam, Mrinalini Sinha and Madhuri Desai were a special treat for me. A number of speakers - Partha Chatterjee, Robert Travers - spoke of the historiographic impact of Kumkum's 1998 article, "History as Self-Representation: The Recasting of a Political Tradition in Late Eighteenth-Century Eastern India" Modern Asian Studies 32, which launched a number of re-assessments as well a critical interest in examining Mughal historiography on Bengal.

On the personal front, it brought tears to my eyes (of laughter) when after dinner, participants shared funny anecdotes and songs, evoking the laughter that I most associate with Kumkum.

We look forward to the publication of Kumkum's essays and the establishment of her library and archive in the future.