All of us, students and scholars of Mughal worlds were saddened to hear about the loss of J.P. Losty recently. I often teach “Into the Indian Mind: An Insight through Portraits, Battles and Epics in Indian Painting,” (2015). His body of work can be accessed here. I am grateful to Prof Ebba Koch for this memorial.

When I got a call from Malini Roy, Head of Visual Arts at the British Library and Jerry Losty’s successor, telling me that on 29th September 2021 Jerry had suddenly passed away at his home in Sussex, I was deeply shocked and could hardly believe what I heard. Only a few days earlier Jerry and I had exchanged opinions about Mughal portraits in the Swinton Collection in Scotland, the subject of a talk he had given in mid-September at a conference in Berlin dedicated to eighteenth-century Indian albums. In the Webinar transmission of the conference Jerry had appeared in perfect health, only troubled by being hard of hearing. That his hearing had weakened was a tragic aspect of Jerry’s life, because he was a dedicated musician who played the harpsichord and liked to go to musical events. I have a fond memory of visits to concerts with him and his wife Kate. Last August he wrote sadly: ‘Alas I have had to give up much music listening as my hearing has deteriorated so much.’

Jerry, one of the greatest scholars of Indian art in our times, has been a highly valued colleague and a dear friend after we met in the late 1980s when he was Curator of Prints and Drawings of the Oriental and India Office Collections in the British Library. The Collections were then housed in a rather grim building in Blackfriars Road, before being moved to their splendid new home in Euston Road. From the beginning Jerry was incredibly helpful in my research, first with British photographs and drawings of Mughal architecture. The earliest of his letters that I kept was typed in Blackfriars Road and dated 21 June 1991. He wrote about his further ‘digging’ in British materials, in response to an article I had written in 1982 about a Shahjahani colonnade removed by the British from the fort of Agra: ‘all that was taken at this time was one of the actual bathing pools, which Hastings planned to erect in Wellington Square, Calcutta, with a bust of Duke Wellington placed on a chabutra in the middle!’ Since then we had an ongoing correspondence and exchange of views about Mughal architecture, painting and object art.

Jerry had a legendary command of British records regarding India, and he also had an unmatched knowledge of Indian paintings: his two books, Indian Book Painting (1986) and Mughal India: Art, Culture and Empire with Malini Roy (2012), testify to this and are standard works in the field, constantly consulted companions in my library. Among his many interests stand out Mughal portraiture, British artists in India, especially the brothers Thomas and William Daniell, the Indian painter Sita Ram, and Company Painting. Jerry was also very knowledgeable about Mughal architecture, and it was a joy to work with him on a joint publication about the riverfront buildings of Mughal Agra; only a few weeks ago we had one of our characteristic exchanges about a Company drawing of the Agra Fort. The last chapter of my book on the Taj Mahal, which deals with its reception from the eighteenth century up to our time, could not have been written without his generous help.

The only Mughal building we visited together was the tomb of Humayun: a few years ago, Ratish Nanda, Director of the Aga Khan Trust for Culture, with whom Jerry had published Delhi: From Red Fort to Raisina (2012), made it possible for us to go up on the roof, from where we had a great view and an exclusive experience of Mughal roof architecture. Jerry particularly liked the backs of the great vaulted porches, and wrote about them in an email earlier this year: ‘I well remember the top of Humayun’s tomb and those beautiful loggias behind the iwans.’

Jerry also took a considerable part in the project for an exhibition that I was to curate, dedicated to the Great Mughals and Europe. This was planned to be shown in 2006 in the Kunsthistorisches Museum in Vienna and then in the Grand Palais in Paris. It came to naught, but I experienced Jerry’s generosity as a possible contributor as well as an advisor. His own exhibitions in the British Library were milestones: ‘The Art of the Book in India’ (1982), ‘The Ramayana: Love and Valour in India’s Great Epic’ (2008), and, with Malini Roy, ‘Mughal India: Art, Culture and Empire’ (2012).

He and Kate came to Vienna for a conference on Jahangir and Shah Jahan that I had co-organized there in 2014, and together we visited the Millionenzimmer at Schönbrunn, which was decorated under Maria Theresa with cartouches made from collages of Mughal and Deccani paintings. Our plan for a joint publication is now impossible.

In his methodology Jerry was committed to an empiricism acutely centered on the discussion of objects: he believed that the object should speak for itself, and his rigorous assessment of a work of art was based on meticulous description, formal analysis and stylistic comparison. He combined his positivistic approach with excellent language skills and a careful historical contextualization, providing an indispensable base for any larger questions to be asked from art.

Jerry was also an excellent cook and a wonderful host. On each of my many visits to London, for research, conferences, etc., he and Kate would ask me over for dinner in their house in Walcot Square where Jerry always cooked a lovely meal and I also met their daughters Cat and Ellie. Jerry and Kate both liked to travel, especially to Italy, where they enjoyed looking at Renaissance paintings. Once we met in Udine, had a meal in the Trattoria ai Frati, and visited the Cathedral, where Jerry was happy to find a medieval wallpainting of Jeremiah, his patron saint.

Much to be admired in Jerry was his dedication to the British Library. Throughout the thirty-five years of his active service he gave most of his attention to making the collection available to scholars; he was a pioneer in digitizing its holdings. He was dedicated to his own research as much as to the research of those who sought his help, but it was only after his retirement that he began to publish in earnest, resulting in the twenty-six books that he authored or co-authored, as well as many chapters in books, articles in journals, and blogs for the Library. Gone before his time, he leaves an amazing legacy. His death is an enormous loss to Mughal studies, and his colleagues and friends, like myself, will immensely miss his erudition and his likeable and subtly humorous personality. 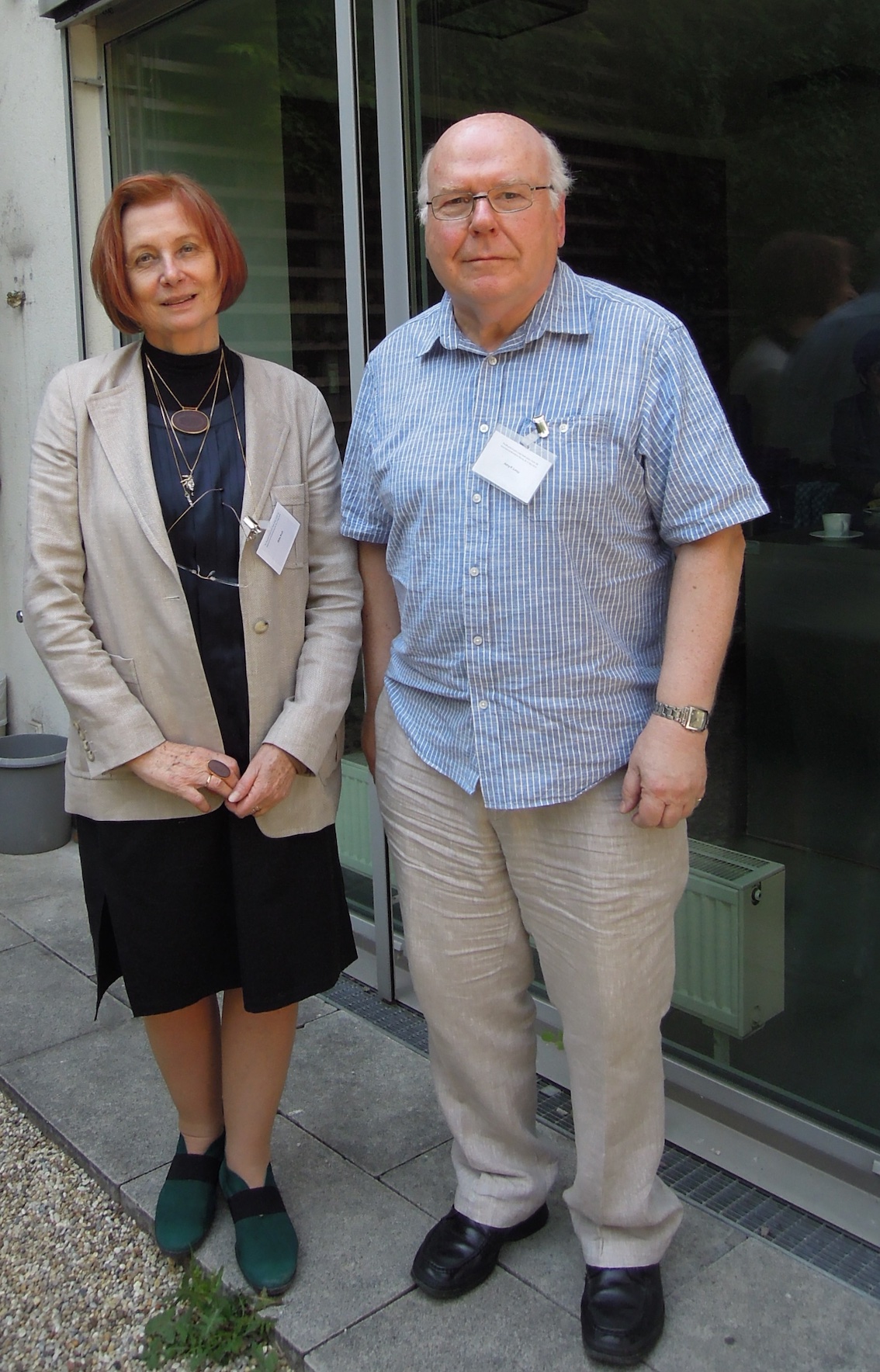