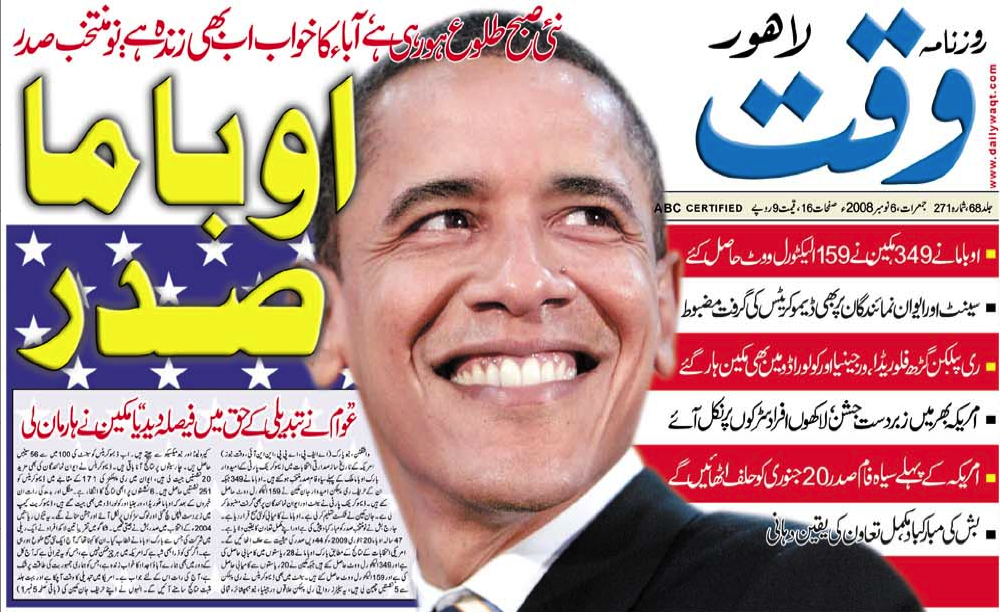 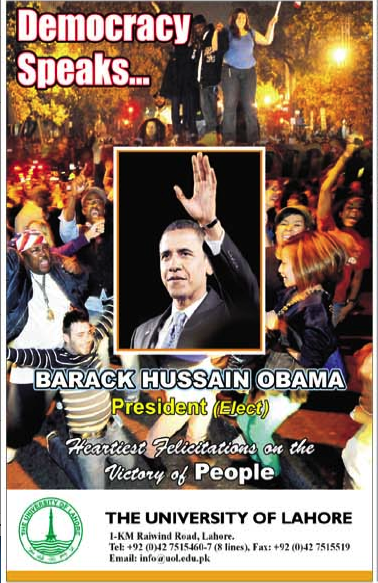 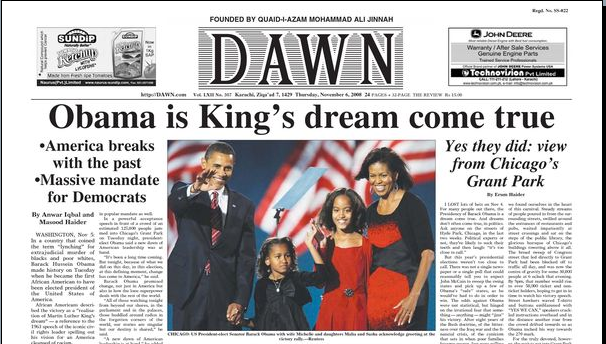 Nice. where did you get these images. I like the headline "America elects its first black skinned president in history". Just a reminder what a bogus construct race is.

[...] of the catastrophic plague which the Bush administration so graciously presented us. Even those in Pakistan and Iran — two countries which the US has deeply censured and isolated itself from - are offering [...]

And Afghanistan responds: "In Afghanistan, where American troops are also deployed in an increasingly bitter war, the election brought a rebuke . “Our demand is to have no civilian casualties in Afghanistan. The fight against terrorism cannot be won by the bombardment of our villages,” said President Hamid Karzai, referring to a string of coalition airstrikes that have caused civilian casualties."" http://www.nytimes.com/2008/11/06/world/06worldreax.html?_r=1&ref=world&oref=slogin

Pakistan and the American Presidency « Mob and Multitude | February 09, 2009

[...] are believed to key al-Qaeda figures though that’s yet to be confirmed. Pakistanis’ initial fervour for Obama’s presidency was tempered by these attacks. The leading English daily Dawn noted in [...]