[This guest post is Abdul Majeed Abid's translation of his Urdu column for Dawn. Abdul Majeed Abid is a doctor and a freelance writer from Lahore. He writes about socio-political issues and contemporary history.]

Britain ruled over the subcontinent for ninety years (1857-1947). The task of governance during this period was supervised by the civil bureaucracy. From 1857 till 1947, the number of British officers never exceeded one thousand, and the number of British officers at the time of partition (in 1947) was a paltry Six Hundred and Forty (640). Even with such meager number of officers, the British Raj controlled millions of subjects and a vast stretch of land. A British Prime Minister termed the bureaucracy as the “Steel Frame” of the Monarchy.

Initially, only British citizens were eligible for serving as civil officers but 'Indian-ization' started after a few years. Indian officers were trained in the same traditions as British Officers and they served the Monarchy as well as their British counterparts. On the eve of parturition, Pakistan inherited the Muslim civil officers who became part of Pakistan Civil Services (PCS).

Following independence, inept policies and shenanigans by Politicians paved the way for bureaucrats to take the reins of power. Chaudary Muhammad Ali (who remained Prime Minister c.1955-56) and Ghulam Muhammad (who remained Governor General c. 1951-55) were bureaucrats that rose to prominence amid the uncertain initial years of Pakistan.

The successors of this tradition stayed away from direct control of political power but remained hand in glove with Military Dictator Ayub Khan(who ruled Pakistan between 1958-69). This group included the likes of Qudratullah Shahab and Altaf Gauhar. Many of the abovementioned gentlemen tried their hands at becoming writers after retirement. Chaudary M. Ali wrote a book (The Emergence of Pakistan) that is considered a precursor in the quest of Pakistan's “Ideological direction”. Altaf Gauhar and Shahab also indulged in this tradition. 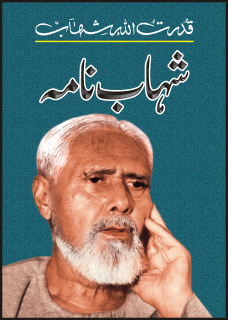 Their books are full of their own heroic achievements and an “expert” analysis of the ills that Pakistan faces.

Whenever Urdu literature was discussed during my student days, some particular books and authors were always mentioned, as most people had read them or at least heard about them. One of the most popular books in that regard was Shahab Naama (written by Shahab). According to one of my teachers, Shahab Naama is basically a potpourri of history, fiction, autobiography, spirituality and humor.

Shahab is one of those writers from Pakistan who spent the majority of his life in Civil Service. At the height of his power, he was the most trusted lieutenant of Military Dictator Ayub Khan. He created a Writers' Guild for Urdu Writers, which served the dual purpose of keeping the intelligentsia happy (and quiet about Ayub's transgressions) and helping the cause of literature. 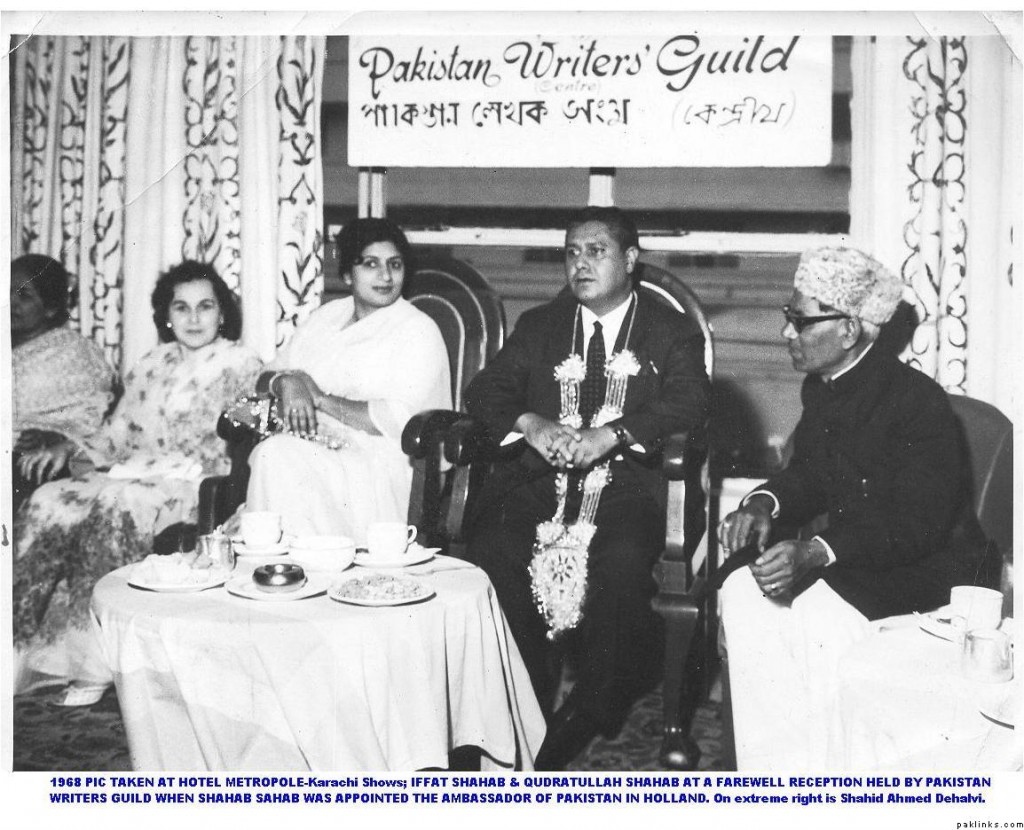 Shahab's other 'achievements' included the governmental takeover of progressive newspapers including the prestigious “Pakistan Times” and preparing the horrific Press Ordinance of 1963 that curbed press freedoms.

Shahab spent his life as a civil bureaucrat and became a 'Sufi' after retirement. His 'throne' had remained empty since his demise, but lately a contender to this throne has emerged. 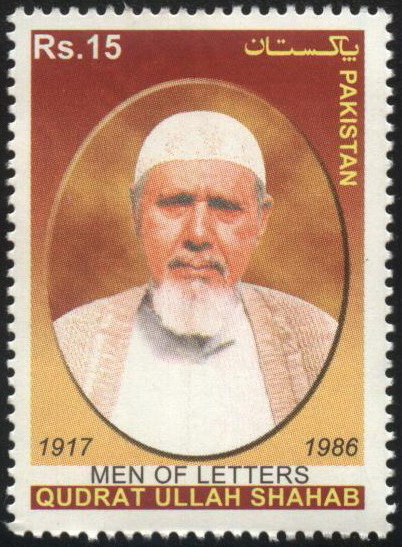 This particular person used to write for a Jihadi publication called “Zarbe Momin” and is a regular columnist for a Right-wing Urdu publication these days. I have previously written about him when he attributed the decline of Prophet Shuaib's nation to capitalist democracy or when he mentioned that Two Nation Theory is a god-given divide. I am referring to Mr. Orya Maqbool Jan (also known as Urea Maqbool by naughty twitterati). He is currently serving in the Punjab Provincial Government as “Secretary to the Government for Archives and Libraries”. 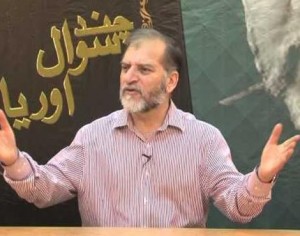 International newspapers and television stations follow the custom to invite people who are experts in any field for their views on their area of expertise. If an economist writes an Op-ed, or appears on a news program, he is supposed to talk/write about economics and issues relating economics. He won't be expected to enlighten the viewers/readers about Sociology or Medicine.

Pakistan's media is yet to catch up on this trend thus the anchors and guests are considered “jacks of all trades”. These wonderful souls pontificate on every topic under the sun, ranging from Philosophy or Medicine to the rising prices of milk.

Mr. Orya wrote the following autobiography in one of his articles:

I started writing poetry at the age of seven. By the age of twelve, one of my poems had been published in a reputed literary magazine. I read my first short story at the age of sixteen. My first book was published in 1988. Afterwards, I wrote dramas for Television for twenty years including five drama serials and more than fifty other dramas. My basic training is in the field of Clinical Psychology. I got training for two years at a Mental Institute in Lahore. I taught this subject for five years at Balochistan University.

After “explaining” his qualifications, Mr. Orya took potshots at celebrated Urdu short story writer, Saadat Hasan Manto, branding him a sex addict. In the same vein, he laid the blame for sexual frustration in our society on Manto's short stories.

Statements such as these belie the credentials of OMJ regarding the subject of psychology. What kind of psychologist ignores the horrendous customs, patriarchy and lack of sex education in our society and lays the blame of sexual frustration upon a few Short stories!! 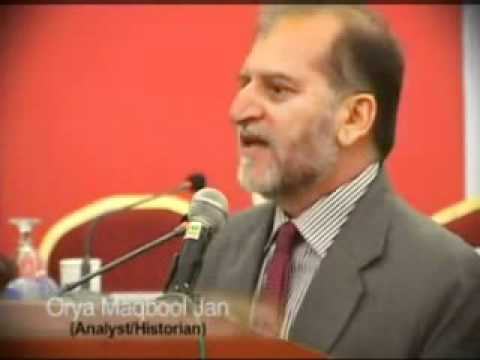 Keeping the flame of Pakistan's anchors and their “versatility” alive, OMJ has written on a plethora of issues. In his columns, he sees International organizations practicing “thought control”, he writes love letters to Tehreek e Taliban Pakistan, he announces the arrival of Armageddon following the Syrian conflict, he forecasts an Indo-Pak War based on some Hindu fortune tellers' prediction and is in favor of teaching Arabic and Persian to students instead of English.

Distorting history and historical facts is a favorite pastime of famous Pakistani anchors (the likes of Javed Chohdary, Hamid Mir, and Junaid Saleem etc) but OMJ simply cranks this up a notch. In this regard, he has a special predilection towards the subject of Economics (despite zero education in this subject).
According to OMJ, all state banks in the world work under a secret organization where the fates of nations are decided. He believes that Currency Notes, ATM Machines and Banks are basically a manifestation of Antichrist, and that Gog and Magog have implemented this system. In one of his columns, he mis-translated KIBOR (Karachi Inter Bank Offer Rate) as 'Karachi Inter Bank Open Market Rate' (which is technically impossible to exist). He mentions that Islamic Banking is being adopted by the world because the interest-based capitalist system has been destroyed by the recent recession. In one of his columns, he writes that British Raj did monumental development work in the subcontinent but never borrowed money from anyone (a grave historical fallacy). He credits Newton for changing the gold standard and introducing the bank-note system by manipulating the base ratio between gold and silver. He also believes that Jews are a modern incarnation of Gog and Magog. 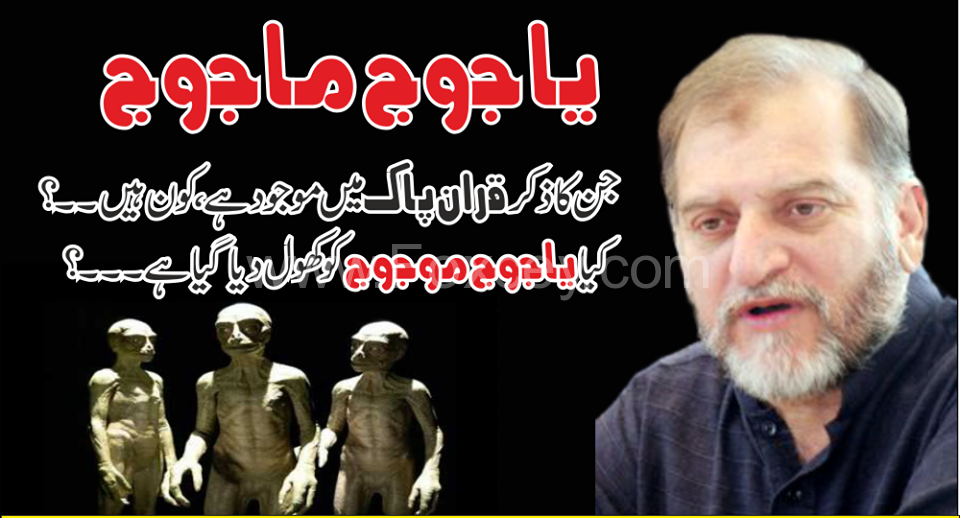 Translation: Gog and Magog, who have been mentioned in the Holy Qur'an, who are they? Have they been let loose?

He is entrenched in Pakistan's right-wing tradition of selective focusing to suit the agenda. In Manto's case, he only mentioned the short stories that were considered 'lewd' but stayed mum on Manto's monumental work regarding the Partition. He rambled on about the “secular overthrow” of the Muslim Brotherhood government in Egypt without even hinting at the role played in that debacle by Egypt's ultra-conservative Salafi party or the involvement of other Middle Eastern governments in that issue (UAE and Saudi Arabia pledged millions of Dollars to Egyptian Army following the overthrow).

He criticized the sentence handed by Bangladesh's courts to Ghulam Azam of Jamaat e Islami without mentioning the role of Al-Badr and Al-Shams (the two militias made up of Jamaat members that killed hundreds of innocent Pro-separation Bengali intellectuals). He quoted one of his teachers in the same article who blamed “the Hindus of East Pakistan, India and Pakistani Communists for creation of Bangladesh”. This is another historical distortion for which no supporting reference is provided by either OMJ or the teacher in question. 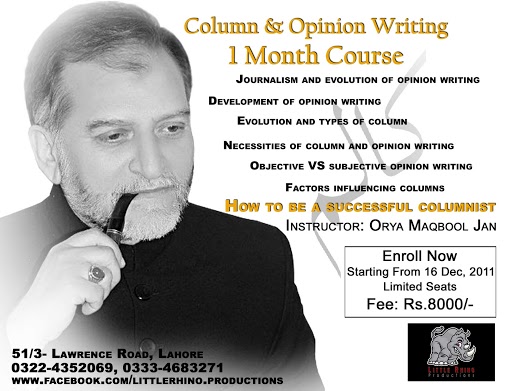 It is hard to imagine what OMJ smokes that he hallucinates about imaginary enemies all the times. The other day, he chose Malala and her book as his subject, and criticized her ruthlessly. Upon a cursory investigation, I discovered that the whole article was plagiarized from a HuffPost.uk article published in July 2013 on the same subject. This just proves that the torchbearer of Pakistan's civil bureaucracy couldn't even be original in his critique.

To be honest, I don't expect much better from our bureaucracy. To know why, have a look at some questions from CSS (Central Superior Services) examination:

"Describe the dignity and superiority of Islam with proof as compared to other religions” (2000); “Write down a comprehensive essay on the judicio-political system of Islam” (2002); “What is the concept of 'Khalafat' in Islam?” (2001).“Analyse the main causes of the debacle of East Pakistan. What are its consequences on the history of Pakistan?” (2000), and “As a result of British-Hindu conspiracy on the eve of Independence the state of Pakistan which ultimately emerged in August 1947 was not so strong as visualized by the Quaid-i-Azamâ€¦. Elucidate” (2003).

This guy is just one of the many morons that transport themselves to various media studios of Pakistan but deserve a kick in each wrong place.

Came to Chapati Mystery after a long time. In the good old days of blogging, I was quite a regular visitor. The site's look is not so attractive, why? Anyway. An, interesting post. I read Shahabnama long back and had enjoyed reading it then.

Just one correction: "He credits Newton..." should be "He blamed Newton...", for in his article, he suggested that Newton changed the gold-silver ratio, as part of a grand conspiracy.

Nice article. OMJ and Ansar Abbasi exchanged hot words with Pervez Hoodhboy on the issue of Malala's book recently on one of the TV talk shows. Never seen a talk show get so heated! BTW Qalandar, it's "Jab Kahin Inqalab hota hai...".