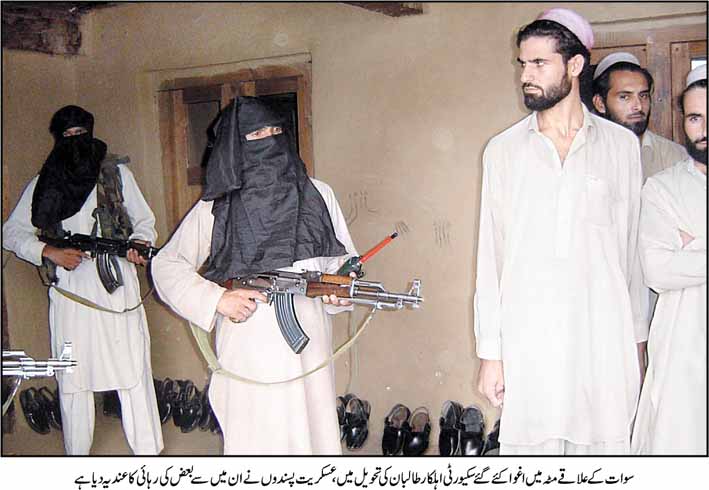 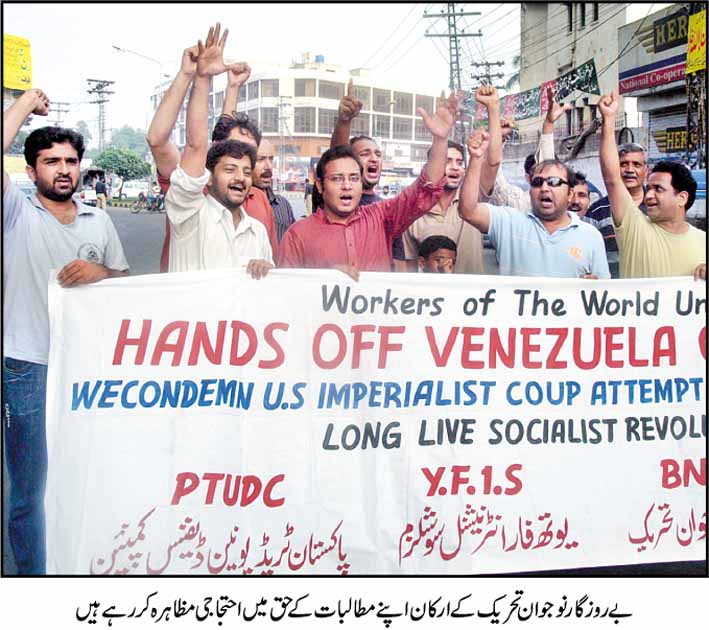 So, the caption on this is funnier than any snark from me: "Unemployed youth protest ..."

My academic guilt forces me to point out that the first picture is from Bajaur Agency where the Taliban Movement is being oh-so-devout and releasing some poor hostages "for Ramadan". One thing that is notable in the news report that accompanies that picture, in Daily Waqt, they report the statements coming not from the Taliban "spokesperson" but from the Taliban "translator". Funny that. Side splitting, fucking, funny.