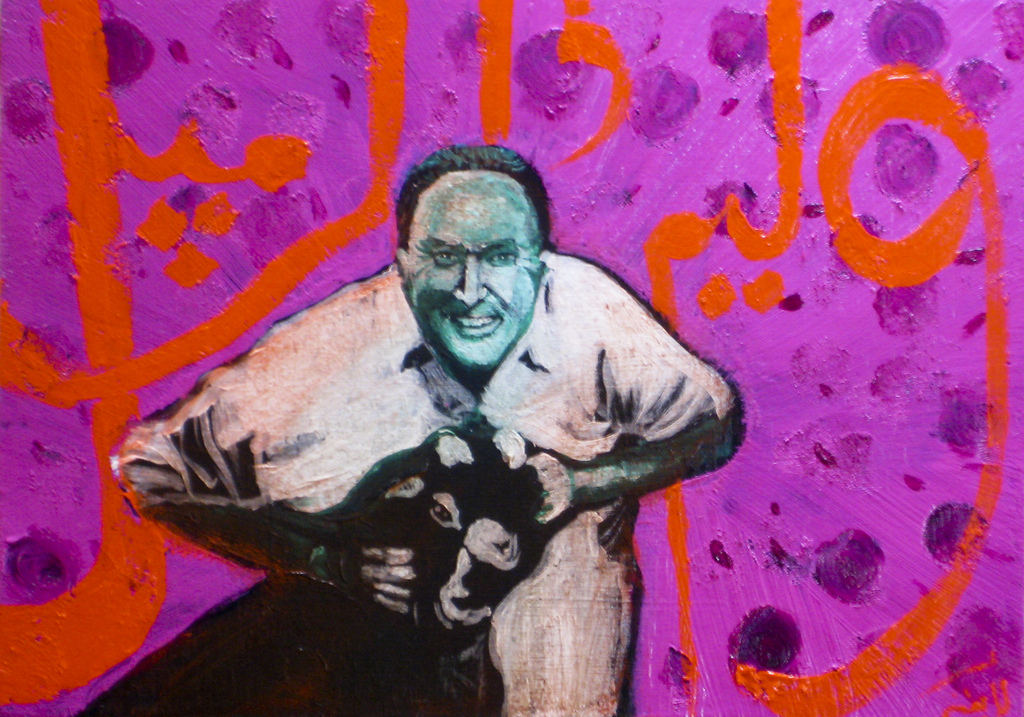 "When you walk you are freed from the worries of ordinary life" - Kanai Das Baul.

"I know it is not exactly like every family, but in this burning ground, in this place of sorrow, we have found new hope." - Manisha Ma.

There are nine lives but eleven stories. Prasannamati Mataji and Prayogamati, Jain nuns who renounce the world to walk (carefully); Hari Das, a Dalit thayyam dancer who channels god for three months; Rani Bai, a beautiful devdasi struggling with AIDS and poverty; Mohanji and Batasi, a Rajasthani bard of Pabu's epic; Lal Peri, a Bihari sufi, living at Sehwan Sharif; Tashi Passang, a Tibetan monk who renounced his vows, fought in Bangladesh, and now hopes to make amends; Srikanda Stpathy, the Brahmin who makes idols; Manisha Ma and Tapan Sadu, the Tara devotees who live in a crematorium; and Kanai Das Baul and Debdas Baul who sing their songs of syncretic devotion to the truth within us all. Eight of the nine lives in William Dalrymple's Nine Lives: In Search of the Sacred in Modern India belong to liminal beings - who flourish in ways incomprehensible to those of us desk-bound, foot-snared and upwardly-mobile. There is great sorrow, poverty, and pain attached to them, but along with those burdens, a great amount of love, self-awareness, devotion and humanity. Dalrymple lets them speak. To the reader, he provides some historical and theological context, but of the speakers, he asks simple and direct questions. Their answers, their stories, sometimes direct and sometimes summarized, comprise the social history of Nine Lives.

Others have written informed reviews of the book, you can seek them out, and I will point you to Wendy Doniger's (in many ways, Nine Lives is to be read as a companion volume to her Hindus: An Alternative History). Let me instead just make a couple of points, in a somewhat splotchy manner.

In the Introduction, William Dalrymple writes that he "hopes to have avoided many of the clichÃ©s about 'Mystic India' that blight so much Western writing on Indian religion". Such clichÃ©s have, of course, a long and durable history since the seventeenth century. Partly governed by the self-righteousness of Christian belief and partly by wide-eyed wonder at incomprehensible practices, the Western observer has rarely moved beyond a descriptive text accompanied by a plea to some normative rule. I could re-hash this engagement - this Orientalism - but you are all enlightened beings. And though this Orientalism remained (actually remains), by the mid-18th century there were also leaps and bounds in the Western engagement with Indic religions - the provenance of what we can term lower-case-o-rientalism, an engagement that continues to this day. ((And lest you think, as most do, that this burden of polluted imagination lies solely upon the shoulder of the White Man, let me tell you about 'Ajaib al-Hind. The Muslim rule in Sindh began in the eighth century, but until the tenth and eleventh century we find travel accounts (produced by merchants and sailors) of al-Hind wa'l Sind (the Indian peninsula as it was known in Arabic sources) largely focused on lists of commodities, communities and exotic sacred beings and practices. This archive is often termed as 'Ajaib al-Hind (Wonders of India). We can trace this back to Greek sources, but that is less important at the moment. What is worth noting is that this genre contained an Indian "sacred" which was miraculous, awe-inspiring, and exotic. The sadhus, yogis, mendicants and ascetics who populated these tenth and eleventh century writings were little more than literary tropes wrenched into circumscribed lives by the collective imaginations in the milieu. India was the "Other" wherein both beauty and horror commingled to great heights. It is only after the balance of power shifted from Baghdad to Ghazni and the twelfth/thirteenth century migrations took place, that the Indian exotic became the local color and eventually acquired its own Islamic gloss and its own comprehensible logic.)) William Dalrymple has certainly succeeded in presenting a humane, de-exotified account of these modern lives in India. But at least in one instance, he irritated me by re-stating hoary old clichÃ©s. Predictably, it is in his historical background. He writes on pg. 215:

These original esoteric medieval Tantric traditions nearly died out in India, sinking from view around the thirteenth century AD, probably partly as a result of the disruption that followed in the wake of the violence of the Islamic invasions, which broke many of the lines of guru-disciple relationships through which Tantric secrets were passed.

I would urge him to read his own chapter five, and his own discussion of Akbar or Dara Shikoh. Actually, scratch that, I want to know what disruption is he referring to in the thirteenth century. The beginnings of which were marked by an internecine struggle for domination over Multan, Lahore and Uch between the war lords Yildiz, Iltutmish and Qabbacha? The Mongols also disrupted a heck of a lot in Sindh and Delhi. But none of these were "disruptions" of sufficient socio-cultural force to reshape Tantric practices across India. I know it's a nit-picky point but this "disruption" talk is a slippery slappery slope which inevitably leads to ahistorical claims of victimhood and vengeance. Dalrymple's text - being a bestseller in India - will undoubtedly be used in ways and means un-intended by its author. So I pick nits.

The sub-title tells us that we are to learn about "Modern India" from these accounts. Insofar as these are contemporary lives, yes. As usual, a caveat floats up. By their practices or their thoughts, the people Dalrymple profiles do exert a tremendous influence on everyday life in their respective communities, but it is worth noting that they either consciously rejected those very communities (by their vows) or their caste and creed create an unsurmountable barrier - often of poverty - between them and the majority population. Dalrymple never directly provides the point of view of that overwhelming majority of South Asia who likes their religion compartmentalized, regulated, clear-cut, and restrained. They too represent a "sacred". Perhaps it takes no great talent to imagine how those lives play out - the desire for a steady income, a good house, happy parents or children, prayers at prescribed times or places and a ready tendency to get suckered in by authority figures. Perhaps it is enough to just note that those other sacreds swim in turbulent waters of communalism, sectarianism, stringency to thought and practice and, sometimes, extremism. Maybe those other lives are more readily accessible from our daily news-reports. Yet, the "mainstream" lives also provide the essential stage upon which these nine lives play out. Leaving them out - only the idol maker Srikanda Stpathy is a middle class Brahmin - forces us to conclude that the only paths to sacred lie outside of everyday lives.

Related, is the issue of the nine human beings themselves. They are our contemporaries - not composites, not historical figures. They live and breath with us (Sadly, Dalrymple notes, Mohanji passed away). And they do so, by choice or by fates, in abject poverty and in harsh circumstances. As I read their stories, as I got to know them, I felt responsible towards them - as a human being. Their thoughts, and their actions, had made me think, made me reflect, and made me tear up. What happens to them, after the chapter ends. I really wanted Dalrymple to tell me the after-tale. I know that some of the musicians, singers Dalrymple profiles became part of a concert series which gave the world exposure to their amazing talent and stories (and I hope gave them both direct and indirect financial support). This was truly a commendable act by Dalrymple, for which he deserves far greater accolades than for chronicling their lives alone. I do hope that Manisha Ma, Lal Peri, and Rani Bai are also beneficiaries in some sense of this generosity.

I admit that all this was an excuse to get the incredibly au courant Lapata to paint a portrait of Dalrymple, which she has, and which crowns these meagre notes.

Thanks for this post (a return to form for you), I wasn't aware of this book, but on principle can't resist anything that includes the word "liminal".

I recently read Mark Mazower's "The Balkans". Mazower's discussion of the people is illuminating. "The Ottoman state and its religious leaders marked out clear distinctions between Islam, Orthodoxy, and Catholicism; but in daily life these distinctions were less pronounced. In this liminal zone in the Eurasian balance of power, many potential frictions - indigenous or brought in by outsiders - were blunted or defused by shared local practices. [...] 'The light way religion hangs on an Albanian' was familiar to many in the nineteenth century, but leaving the 'world of ignorance' of 'the infidel religion' for 'the true faith' was for many in the Ottoman world a less momentous or sudden step than it has come to seem to us, for whom conversion summons up images of apostasy, existential angst, and personal and national betrayal. Movement into a new faith was often an accretion of new beliefs to older ones rather than an act of renunciation and immersion." (p64-66, Pheonix Press UK)

Salman: that also might have some commonality with the "long conversions" of other places: I remember reading somewhere that it was likely 7-8 centuries before Islam was a majority religion in Egypt, and certainly the Indian sub-continent offers food for thought on that front. [I think Mazower is terrific btw, although I haven't read his recent book on the UN and the rise of the "international community"...]

Re: "But none of these were “disruptions” of sufficient socio-cultural force to reshape Tantric practices across India." Purely on a hunch, I would anyway think that the sorts of disruptions implied would have a greater effect on "public" religiosity than on the more esoteric traditions (the extent to which tantric practices, with their transgressive edge, could ever have relied on "mainstream" acceptance is debatable IMO)...

Like that bit about disruptions, seems somewhat Pollock-esque in the line of thinking it follows. I haven't read the book but I do find Dalrymple quite cliche ridden as a rule. It always struck me as important that with the normal social hierarchy, those groups specialising in performative arts were relegated to a relatively low status role, especially in the orthodox caste system. Concentration on attempts where this might be temporarily transcended like the thayyam dancers, consequently irritate me, because this certainly is not the norm -yes, I know this is all about the 'liminal' and not the norm (but if he really wanted to study the liminal he should have gone and spent some time with some of the more autonomous adivisai groups in the forest or desert but not sure Dalrymple is linguistically of physically equipped for that kind of inquiry now). Sorry if I sound like a broken record!

Sepoy- your notes are not just scribbles in the margins, much like Dalrymple's Nine Lives is not just a book about people from the margins...

"Leaving them out — only the idol maker Srikanda Stpathy is a middle class Brahmin — forces us to conclude that the only paths to sacred lie outside of everyday lives." Now how often do you hear this being said? Not very. Good post. Lovely image by Lapata.

great entry. reminds me why i come to this blog. i probably would have read the book and took dalrymple's comments about the tantric guru-disciple relationships at face value.

[...] the quality that they have come to expect from him; reviews such as that of William Dalrymple's Nine Lives, Amitava Kumar's A Foreigner, Fatima Bhutto's Songs of Blood and Sword, and last but not the [...]

"He writes on pg. 215:" A recent book "Buddhism and Islam on the Silk Road" By Johan Elverskog suggests that some of the destruction was by fellow Buddhists. It also has some information on Nalanda University.

[...] on CM, I have reviewed WD’s Nine Lives (with an accompanying painting by lapata). I also reviewed The Last Mughal which generated a huge [...]