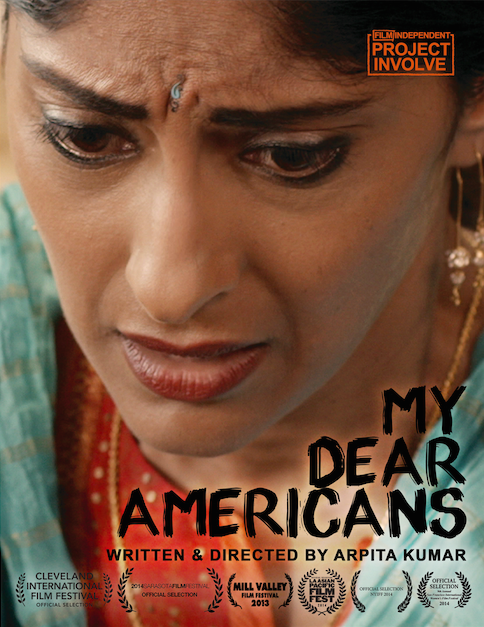 My Dear Americans Happy July 4th, my dear Americans. Here is a short made by Arpita Kumar, being screened at PBS ONLINE FILM FESTIVAL.

Here is what Kumar told us about the short:

I made My Dear Americans during my Project Involve fellowship at Film Independent in Los Angeles. We were asked to pitch short film projects focused on the theme of traditions. I thought it would be interesting to focus on an American tradition but from the point-of-view of an outsider. I chose to build a narrative around the 4th of July tradition since it's the most American and patriotic of the holidays. And, I decided on a Sikh couple as the outsiders largely because around that time there was a shooting in a Sikh Gurudwara in Wisconsin. The white supremacist perpetrator associated the Sikhs with Osama Bin Laden and it shocked me that there was such ignorance about the Sikh community still. It had been more than a decade since 9/11 and the backlash continued. I realized that we cannot do much about the ignorance of others. What we can do is change our reaction to their ignorance. And, that inspired the film and the actions of the wife, Tejpreet.

I arrived in the U.S. eleven years ago with the unbearable enthusiasm of Baldev — the husband in the film — for all things American. Over the years, the enthusiasm has not tapered but my mind has gained a more complex understanding of national identity, displacement, and the idea of home. The film is a window into that mindscape.

Additionally, every time I start a film I give myself a challenge and for this one it was to tell a story with as little dialogue as possible. Watch and let me know if I succeeded. Also, vote.

You sure did! I loved the film.