Francesca Recchia is an independent researcher and writer based in Afghanistan. She is interested in the geopolitical dimension of cultural processes and in recent years has focused her research on heritage, urban transformations and creative practices in countries in conflict. 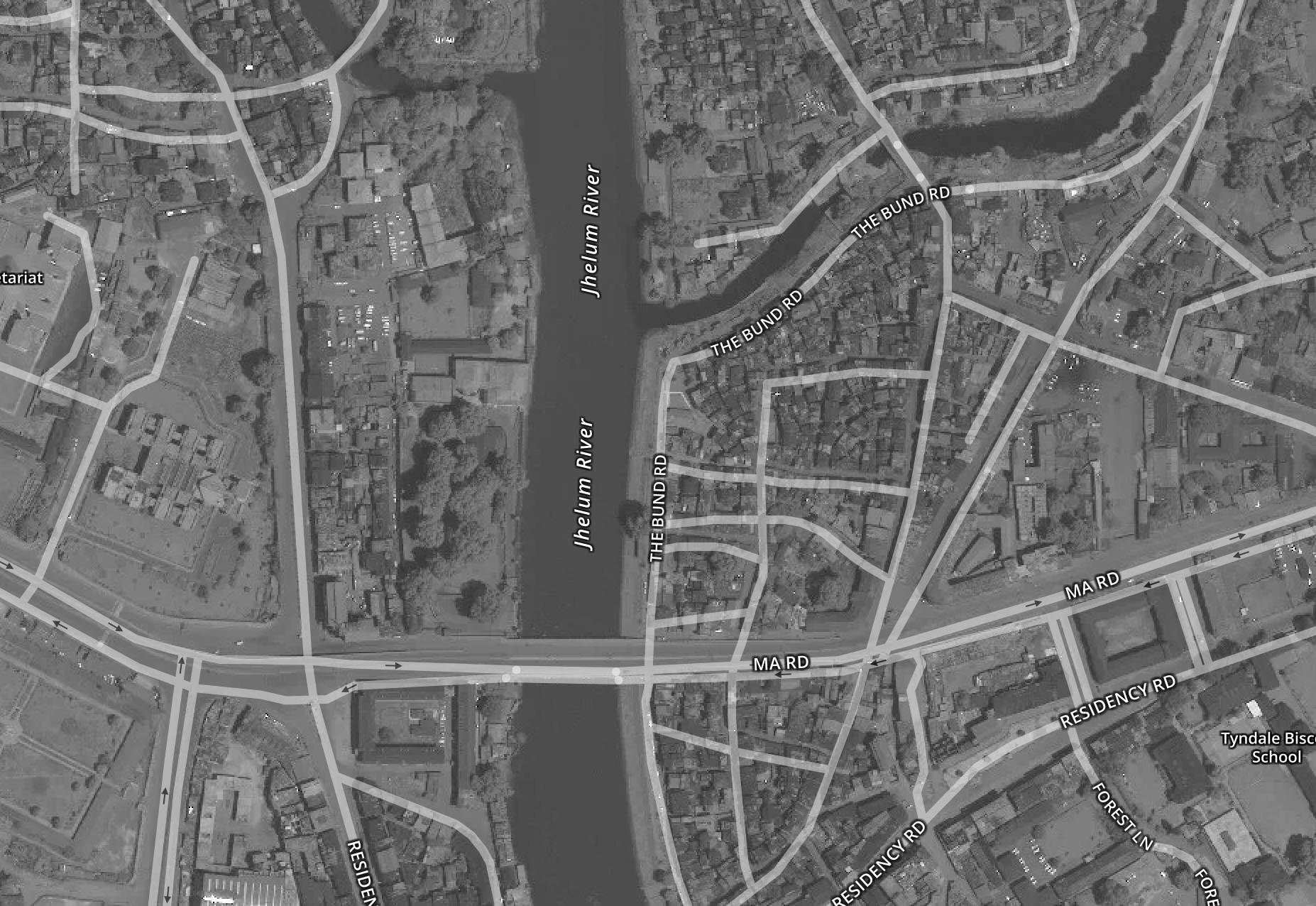 At the time of Partition between India and Pakistan, in 1947, the whole of Kashmir was divided between the two countries — a decision that has been disputed ever since. Kashmir is the only state in India with a majority Muslim population and its annexation to the country has been an object of contention since the inception. As early as 1947, the Indian Government promised Kashmir a plebiscite that would allow its people to determine their fate. To this day, the plebiscite has not taken place and India has enforced a tight military control over the region in order to preserve the integrity of its national territory — or, allegedly, to protect its people from Islamist insurgents and separatists alike. The infamous Line of Control (LoC) — the 2897-kilometer-long border between India and Pakistan — is tightly monitored to prevent civilian movements and militant infiltrations. Despite the fact that Kashmir is not “technically” a country at war, it is one of the most militarized areas of the world with a ratio of one armed forces personnel to every seventeen civilians — a ratio that is higher than that in both Afghanistan and Iraq at the peak of the US-led invasions. The repercussions of such figures on the ground are admittedly tremendous.

An analysis of the landscape and the built environment can provide important insights into the understanding of such repercussions.

The design of space is neither neutral nor innocent. The State or the military often utilize such an instrument to implement broader political plans. Beyond aesthetics and functionalism, urban planning and space design can be understood as devices for social engineering: they are often adopted as subtle tools to implement the larger scheme of shaping society. In contexts of open conflict, the control over landscape and natural resources, as well as the management of infrastructures, play a fundamental strategic role. The segregation of urban functions and the definition of movement patterns determine access and exclusion, shaping people's decision-making and patterns of behavior.

In the event of wars, and permanent or temporary occupations, cities have to respond to sudden military deployment. This pervasive presence has an inevitable impact on the management of space and the built environment. Troops and military corps require barracks, accommodation, storage spaces and offices, detention facilities and interrogation rooms. Cities under occupation have to quickly adjust in order to provide for these necessities. Additionally, occupation prompts a thorough re-organization of roads and traffic so as to accommodate a new set of security parameters. Buildings are requisitioned and community spaces taken over. Streets are blocked or narrowed, check-posts pop up, public transports are detoured or interrupted, habitual routes barred. However trivial these details may seem, they are among the fundamental elements that shape ordinary urban life. In discussions around war and occupations, the consequences of military physical footprint are often overlooked. Srinagar, the summer capital of the state of Jammu and Kashmir, is a remarkable example in this respect.

Looking into the “Kashmir question,” though, deceives all the conventional modes of research. On paper, for an uninitiated eye, there is no evidence that shows military presence and gives substance to the environmental, social, and political devastation provoked by such occupation. 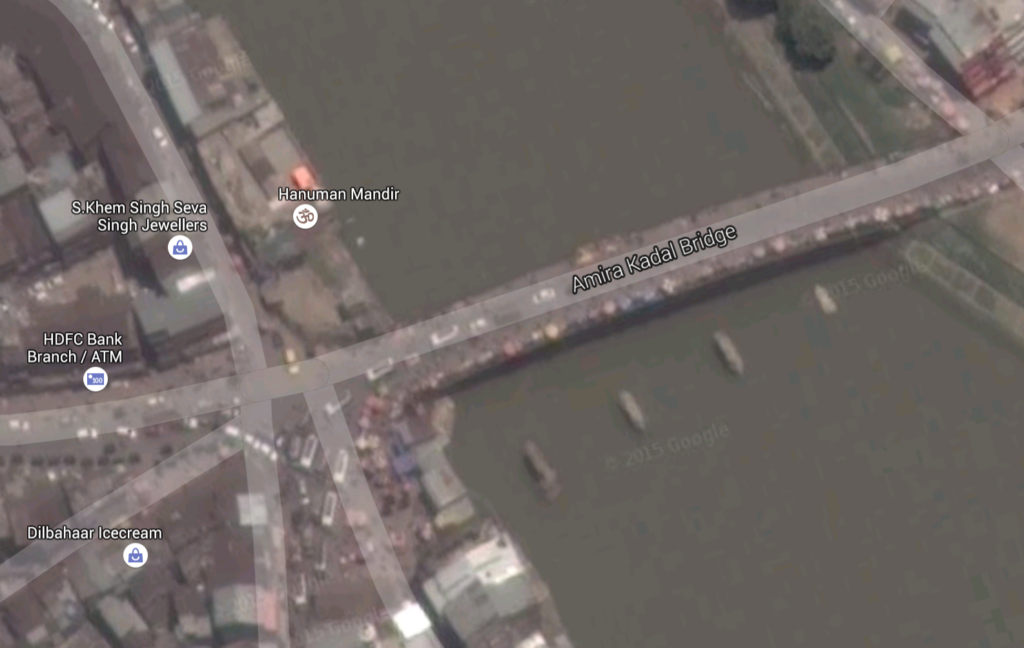 Scrolling along the LoC on Google Maps, for example, only shows a verdant and picturesque landscape: range after range of pristine mountains, with no sign of military outposts and cantonments. On the contrary, observations on the ground reveal that most of the hilltops and strategically located vantage points along the border have been taken over by various military or paramilitary bodies and turned into army outposts. A look at the map of Srinagar would show that on the bank of the river Jhelum, on the edge of the Amira Kadal Bridge, sits the Hanuman Mandir, a temple dedicated to the Hindu monkey god. What the map fails to reveal is that the temple is currently barricaded, surrounded by concertina wire and partly occupied by the army that turned the lodgings in the terrace into military barracks. 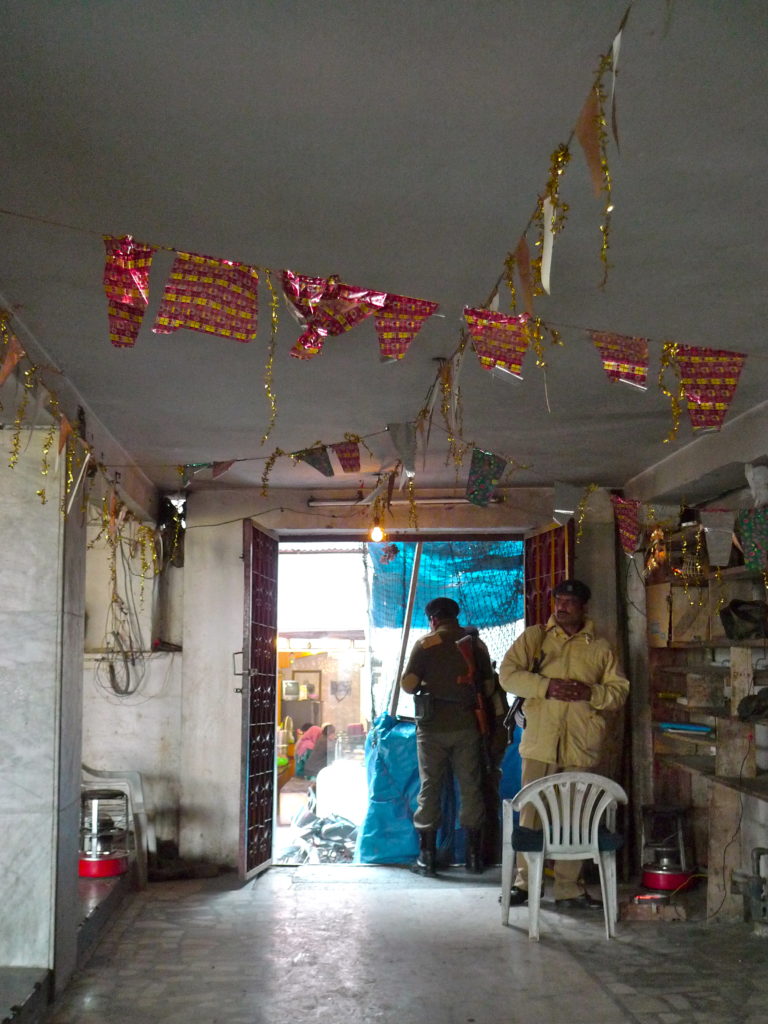 The temple from the inside. Photo by the author.

When analyzing the Srinagar Masterplan 2000-2021, a reader would find no reference to the expected or existing presence of the Army. In “Chapter 1 — strategies of planning and development then and now,” for example, the grievances against the lack of implementation of the plan are directed to an obsolete model based on master-planning concepts borrowed from Great Britain — whom never ruled directly over Kashmir. There is no mention, however, of the military occupation and its impact on land management. A quick literature review on academic writings around tendencies and patterns of land use across the state of Jammu and Kashmir over the past ten years offers a similar outcome: no remarks on land requisition by the state or the Indian Army, and hardly any comment on the dislocation of local population and the impact that this has had on both economy and demographics.

A rare exception is the Occupational Hazard. The Jammu and Kashmir Floods of September 2014 report published in April 2015 by the Jammu Kashmir Coalition of Civil Society (JKCCS). In analyzing the devastating effects of the 2014 floods, the report meticulously looks at the “features and consequences of the militarized warfare ecology of J and K [Jammu and Kashmir] where the landscape is littered with permanent military installations, and militarized development infrastructure is seen as a crucial aspect of political and territorial control” (p. 13). The report claims that such an intrusive military presence has visibly deteriorated the state's capacity to disaster response and management. Through field and archival research as well as through interviews with citizens and government officials, it emerged that the Army is in (legal or illegal) possession of 97 thousand acres of land and that 1856 buildings including 5 cinemas, 28 hotels, 280 government buildings, and more than 1500 private properties are in the hands of various military or paramilitary corps. For this, “no rent has been paid to the land-owners against the use of the land” (p. 38).

The general narrative absence of the military impact on the landscape and the physical territory of Jammu and Kashmir speaks volumes. With the official sources of information carefully sanitized, the politicization of the discourse around the presence of the Army and the lack of any publicly recognized evidence turns every discussion into a potentially polarized and ideological clash. The lack of transparent data from the central and state government as well as from the army itself inflames the tones of the debate.

A thorough and uncensored analysis of the destructive pervasiveness of military presence in the region — and of the reasons why both central and the state governments endorse and promote this kind of opacity — would create an important precedent to strengthen the case against the multi-faceted violations committed by the Army against the population of Kashmir in their quest for self determination.