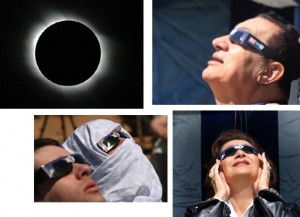 Chapati Mystery is launching a new flash fiction contest, which might just happen one time or might become an OVERNIGHT SENSATION or even a TRADITION. For the first contest, we solicit entries inspired by the following tweet sent out by @polgrim on the occasion of Hosni Mubarak's removal from the office of President of Egypt:

I was deep in conversation with an ambassador's wife of an 'x' country over dinner when I get a text from Paris to tell me Egypt is free.

Later, @polgrim added that 'x' country was Scandinavian. INTRIGUING. Entries should be between 100 and 200 words long and should be pasted into an email to lapatastic at gmail dot com. Our special CELEBRITY judge will be the acclaimed flash fiction writer KUZHALI MANICKAVEL. Deadline? February 28th, 2011, MIDNIGHT GMT. The top three winners will have their stories published on Chapati Mystery (!!) and receive a FREE copy of Zero Degree by Charu Nivedita to be mailed ANYWHERE in the world.

Are you saying polgrim was lying or exagerating in his tweet ?

Um, no? But this would be a really elaborate and opaque take-down if that was what we were setting out to imply...

Is there a chance the word limit for the entries flexed to 300-400. PLEAZ say there is..

@ahimaz: That will be up to the esteemed Ms. Lady Judge.

this is the worst contest ever heard.... what is it all about.... someone who is not updated with such political blogs n cannot write, does not mean this is not a good writer. plz standarise ur contest.....

[...] judge, the illustrious Kuzhali Manickavel, has pored long and hard over all the submissions for our flash fiction contest. She has selected one first place winner, and two entries are tied for second place. She found the [...]