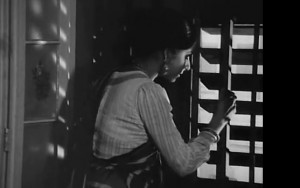 My new column is up at Bookslut. It was with some trepidation that I approached the hallowed topic of Bangla literature. Here is an excerpt:

“Neither of them noticed that the period in which husband and wife rediscover each other in the exquisite first light of loveâ€”that gold-tinged dawn of conjugal lifeâ€”had slipped silently into the past. Even before savouring the new, they had become told, familiar, and accustomed to each other.”
-- From Rabindranath Tagore's The Broken Nest

A bored young woman walks from room to room in her beautiful house. She sprawls on her bed and leafs through a novel, then wanders to the living room and looks through the bookcases for a new book. Suddenly she hears an interesting sound. She rushes to the windows and peers through the slats in the dark shutters. She sees a performer with a monkey, then some men carrying a palanquin, then a foolish man waddling along with an umbrella. Excited, she moves from shutter to shutter to peer through as these characters cross back and forth through her line of vision. She fetches a lorgnette, so she can see them better. When all disappear from view, she walks back through the living room, still holding up the lorgnette and stands on the porch that encloses the house's interior verandah. Her husband walks by, fetches a book, and walks back again. He doesn't notice her. She focuses her lorgnette on him. As his figure recedes into a different part of the house, her hand, still holding the lorgnette, drops to her side, and the camera zooms abruptly away from her.

Satyajit Ray's film Charulata (1964) tells the story of a lonely young housewife whose distracted husband fails to notice until too late that she has fallen in love with his younger brother. The film is based on Rabindranath Tagore's Bengali novella Broken Nest (Nashtaneer), which, along with two other Tagore novellas, Two Sisters (Dui Bon) and The Orchard (Malancha), about complicated marriages, has just come out in an excellent new translation by Arunava Sinha as the collection Three Women. The opening scenes of the film Charulata convey viscerally Charulata's boredom and confinement, conditions that are described, quickly and succinctly in Tagore's economical but poetic prose:

Living as she did in a wealthy household, Charulata had no chores to do. The only task of her long, undemanding days and nights was to blossom fruitlessly, rather like the flower that will never ripen.

Tagore adds that Charulata has "a natural propensity for reading" and thus he, and Ray, in turn, sets up a clearly Madame Bovary-esque premise for his bored, educated bourgeois heroine. But whereas Madam Bovary gallivants all about the landscape in search of romance, Charulata, as a respectable young woman in late nineteenth century Bengal, does not leave the house. Her adventures, as her boredom, all exist within the confines of her home. Romance, or something like it, comes in the form of the traditionally close friendship between a woman and her husband's younger brother, known as her "debar" in Bengali. 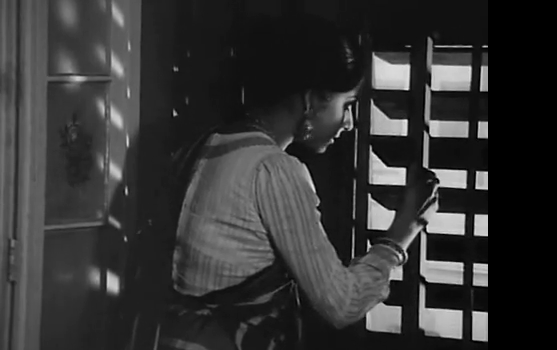 "they had become TOLD" old?