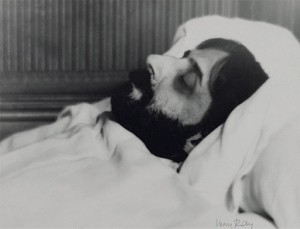 My new column on translation, transcreation and Qurratulain Hyder's two English renderings of her novels is up on Bookslut today. As you will see from the text, I decided to approach the two texts without reading the Urdu first, for reasons that should be clear in my discussion. Now I am reading Aag ka Dariya, and sixty pages in, wow, it's not even really the same novel. There will be much more to say on that subject, but here's the opening of the column:

Marcel Proust, whose English was poor, was not at all convinced by the work of his translator. The translator, C.K. Scott-Moncrieff, had pledged to dedicate his life to the translation of Proust's immense novel. Proust misunderstood the title of the first volume, Swann's Way, and, thinking that it meant "in the manner of Swann," proposed that it should be changed to "To Swann's Way." He disliked the title for the book as a whole, Remembrance of Things Past, as it was not a literal translation of the French Ã€ la recherche du temps perdu, not appreciating the fact that it was a line from a sonnet by Shakespeare. Brittle exchanges marked the relationship between the translator and translatee. Scott-Moncrieff, while expressing absolute devotion to the novel, exhibited to visitors to his translation lair in Rome “a sarcastic want of respect” for the author. According to Proust's biographer George D. Painter, one friend of the translator's remarked, “He generally received me with some strong abuse of Albertine, whose moods and vices were at that time keeping him very busy.”

The relationship between the author of a book and his or her translator must always resemble that of the master and the servant. No matter how positive the interaction is, the highest praise a translator may hope to hear is that she has been "faithful" and "true" to the text. Her work is an act of service to the author, to the literature and to Literature. Her creativity must reside in the artful rendering of the "truth" of the underlying text. Of course this relationship can change with the death of the author, and even more so with the death of the copyright, but even so, a bad translation is always considered "unfaithful." A bad translator rides "rough-shod" over the true intentions of the text and "takes liberties." It is hard not to imagine in these descriptions a slave, on the death of his master, trying on his master's boots, clumsily smashing his china and misusing his horses.