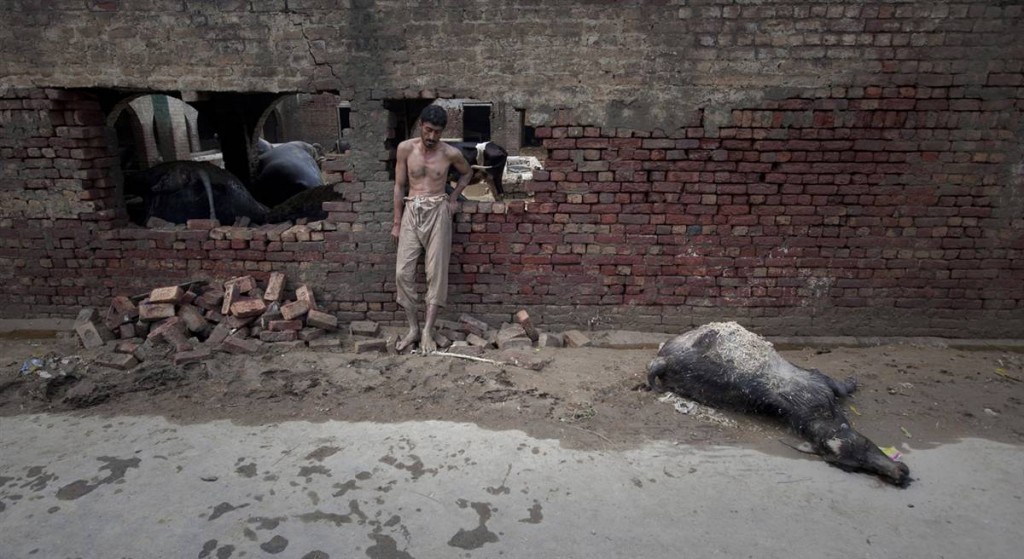 You must have read, recently, a particularly elegiac treatment of the last moments of a prostrate brown-and-white brindled cow in your favorite newspaper. I didn't read it, but I was told about it. Cow? I said to myself. Cow? We are talking about southern Punjab, yes? Sure there are cows here, but to use a cow as a crassly evocative narrative device seems akin to highlighting the Vespa scooter, when the Honda Hero is really the star of the show! 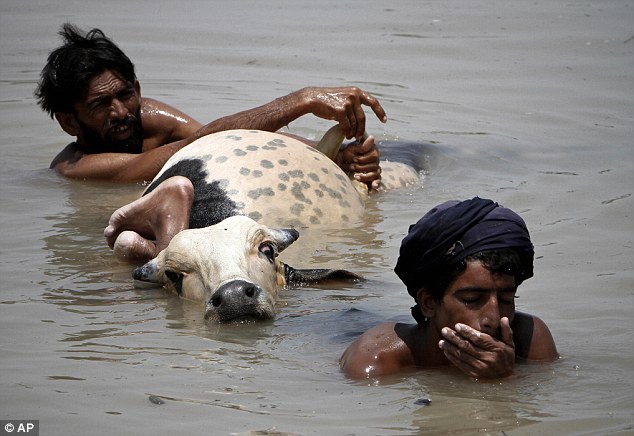 I mean, come on, I am here. Me. Use Me. Punjab is unexplainable, unknowable, unthinkable without Me. Speak about me, think about me, hear my voice. ((I can see you rolling your eyes. I can't actually see you. Oh, how Pamukian, your sensible selves are noting. You know what, My Name is Red can go ma'an chudao itself. I won't apologize for my crassness, since I am an unabashed Punjabi bull.))

You may have heard of me. They routinely say: 'aql bari kay bhains. Am I right? What an insult. Of course, I am bigger than "intelligence". But these city-folks who can only see me as a street nuisance, while they sip on the delicious milk I provide, are so very keen to make up insulting proverbs about me. Or you may have heard, jis ki lathi uss ki bhains. Another insult. Just because someone has a stick, I do not become his possession. I do have a functioning brain! I do recognize, know and love my owner. The most insulting, however, is, bhains kay aagay been bajana. Insulting for the sad, pathetic human, of course. I am not sure why they think I am immune to the charms of a good tune on the flute. I love music. 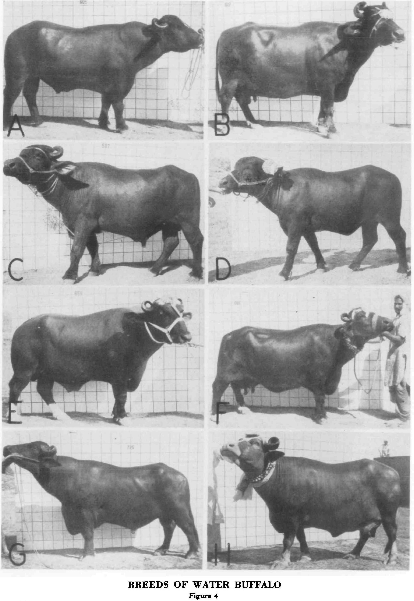 Or you may heard of mine genetic cousins in Kenya or Indonesia or wherever the Montgomery Breeding Techniques took my breed (we work well in tropical heat, they concluded)? Or maybe you heard of my cousins, Murrah, Kundhi, Nili, Ravi, here in desh?

Oh, I know. You don't care about me. It is that farmer standing next to my dead carcass that interests you more, isn't it? You think that now that his life is ruined by this flood, his cattle is dead, his land is covered in waist high mud and soil, his crops are ruined, his body is racked with dysentery and cholera, he will become a Taliban and attack America. Yes. That is who you really want to hear about. Sadly, even though I have a voice (beyond the carcass, even!), he doesn't. He needs someone else to speak for him. Someone with a more evocative touch than his illiterate, agrarian yet highly combustible brain can possibly produce.

I hear you. You are a hammer and every thing else is a nail. More precisely, every Pakistani is a infected with HIT-virus - full blown disease is just a matter of time.

What is the point then? I cannot tell you anything that can change your mind. He is poor. He is easily bought by Wahabi or Opium money. He works hard for his meager food. He will swallow whole the dialectic of revolution or of Khilafa. He is traditional in his outlook, in his customs. He is a fundamentalist and a sectarian. He spent some time in the Gulf doing labor. He was indoctrinated with Wahabi ideology. He can recite Bulleh Shah or listen to the Heer for days. He what? He is a human being with a past, a present, a culture, a society, a vision of the good life, a sense of community, a method of belonging, a routine of daily practices, a collection of stories for his children, a corpus of songs for his friends, a set of possessions, a love for radio or tv, a daily grind and an early night. He is waiting to attack us in New York. 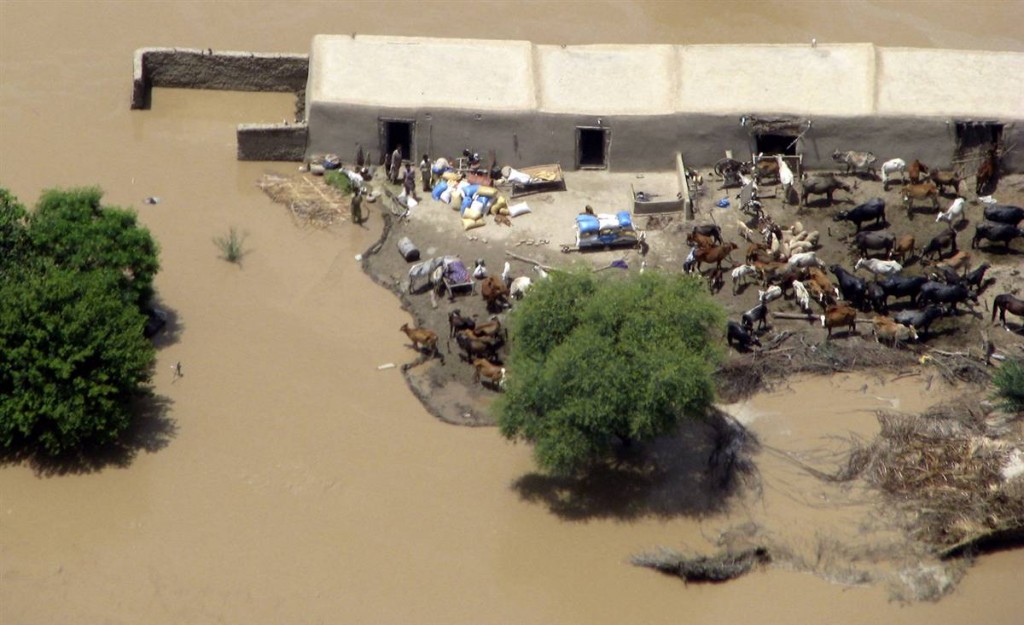 You see his suffering through your security, your strategy, your politics. You don't see him as a human. Just as you don't see me as more than cattle. You don't know who he is, so he must be your worst nightmare. If you saw him as human, if you granted him agency, thought, you wouldn't be so afraid. You would want to help him. Not because he might become Taliban, but because he is your kind, and he needs your help.

Dipesh and the entire subaltern collective would be immensely proud of this. Brilliant, brilliant piece.

What a brilliant piece of writing.

moeenuddin got himself ripped a new one. which is exactly what his piece called for.

Thankfully someone is calling out the "Novelists as experts on Pakistan" model that the NYT has adopted. Both Daniyal Mueenuddin and Ali Sethi's pieces were absolute rot.

You make me proud on so many different levels. Thank you for writing this.

Though the result is often mixed, the novelist as expert, usually white, on the African continent, is also a NY Times standard device.

for us non-Panjabi speakers, please translate the proverbs!

My favorite line "You know what, My Name is Red can go ma'an chudao itself. "

lovely, lekin you forgot to mention bhains and farmer's sexual lives. independent of each other of course..

Bravo. I think I speak for (much of) the rest of your readership when I say that I hope you'll continue to channel your dismay at the NYT op-ed into this kind of output.

Majh majh dee bhain aye, tay gaan gaan di....or something like that. The bhains is sister to bhains and the cow is sister to cow. Punjabi version of "birds of a feather flock together". Actually, I have no idea if this is a common proverb or not, because I heard only one person use it, once...can anyone shed light on this?

you forgot major point. Cow is feminine. Bhains is masculine. Cow is sacred to Hindus so Pakistanis can't be associated with it. According to Hindu lore, the god of death Yama, rides on a male water buffalo.

thank you for this.

A few years back, "Bhains Chor" was a popular alternative to that more famous BC curse... it came in handy when you absolutely had to curse, but circumstances prevented any mention of incestuous intercourse... They say the Chaudaries of Gujrat used to be Bhains Chors before they took up bootlegging and politics...

for those non-urdu speakers who get the brilliance of this piece, a translation of the urdu proverbs: aql bari kay bhains: what's bigger — human intelligence or a bhains? -- thru intelligence we can learn to maneuver/conquer things that r much bigger than us. jis ki lathi uss ki bhains: he who possesses a stick, will by default own the bhains. -- might is right. bhains kay aagay been bajana: to play the flute for a bhains. -- to waste one's breath on someone who's too obtuse to be swayed by intelligence or art.

[...] This post was mentioned on Twitter by Ahmed Hussain, amitavakumar, Manan Ahmed, Huma Imtiaz, Five Rupees and others. Five Rupees said: Two good reads on the attack of the Pakistani novelists on the NYT op-ed page. 1 @sepoy http://bit.ly/dsnhsa 2 @cpyala http://bit.ly/c1js6Y [...]

Funny, my search for Daniyal turned up this one. I think you are nit-picking here, the particular way he chose to narrate it starting with a cow startled me as well, but he turns around the story, how a family depended on that cow, and the lives ruined by the death of a cow - it is not fair to undermine the overwhelming sentiment in Daniyal's op-ed which is that it is a human tragedy beyond all. There is a little bit of the western prism when he talks about how extremism could play into this, but to be fair, even from a pakistani standpoint, this should be a concern.

I agree with Najeeb. Only a farmer knows the tragedy of losing livestock. I've see them weeping inconsolably at the loss of "cows" and what setback it gives. I read a news story where the army people were trying to save four men on the rooftop of a school. Two men refused to be rescued because they couldn't take their cattle as well and decided to stay back and guard it. Many people would think they were just plain dumb for not realising the importance of just a "bhains". But it is their reality where the option of potential death is bearable than the certainty of losing their source of livelihood. Just because Daniyal decided to start off with that sentiment doesn't mean he is undermining the human tragedy. He's just giving another perspective of a human tragedy which people can (and are) very easily looking past.

All bull. No shit.

i cannot tell you enough how much i love this piece. you are such an incredible bhains chor, mate. looking forward to seeing you soon in wisconsin, the land of (sacred) cows.

Thanks for this. It immediately reminded me of the story "The Cow is a Kind of Quadrangular Creature" (1977) by the Bengali anti-establishment writer, Subimal Misra. I translated this recently, for submission to a journal. I would be happy to share that.

[...] Begin was a more mature defense of violence in his short-story but perhaps just as limiting as the paeans by mango farmers. Aslam does believe, inherently, in the embodied violence of the spaces he recreates in his work [...]

[...] badgering to thank — illuminating the particularities of partition or the reluctant feudalism of mango farmers, introducing CM readers to Naiyer Masud and Amitava Kumar, or providing a peep into Memon Sahib's [...]

[...] hungry and Ahmad Rashid of an extremist take over unless the victims of floods are helped, thereby smudging their humanity and rendering them as potential terrorists. Humanitarian Greg Mortenson's book about his [...]

[...] voices,” like that of Ahmed Rashid and Daniel Mueenuddin, that serve to confirm the caricature of violent brown masses. Ahmed drives the congruity between drones and experts home with characteristic polemical verve: [...]