[The following was written by Prof CM Naim.] 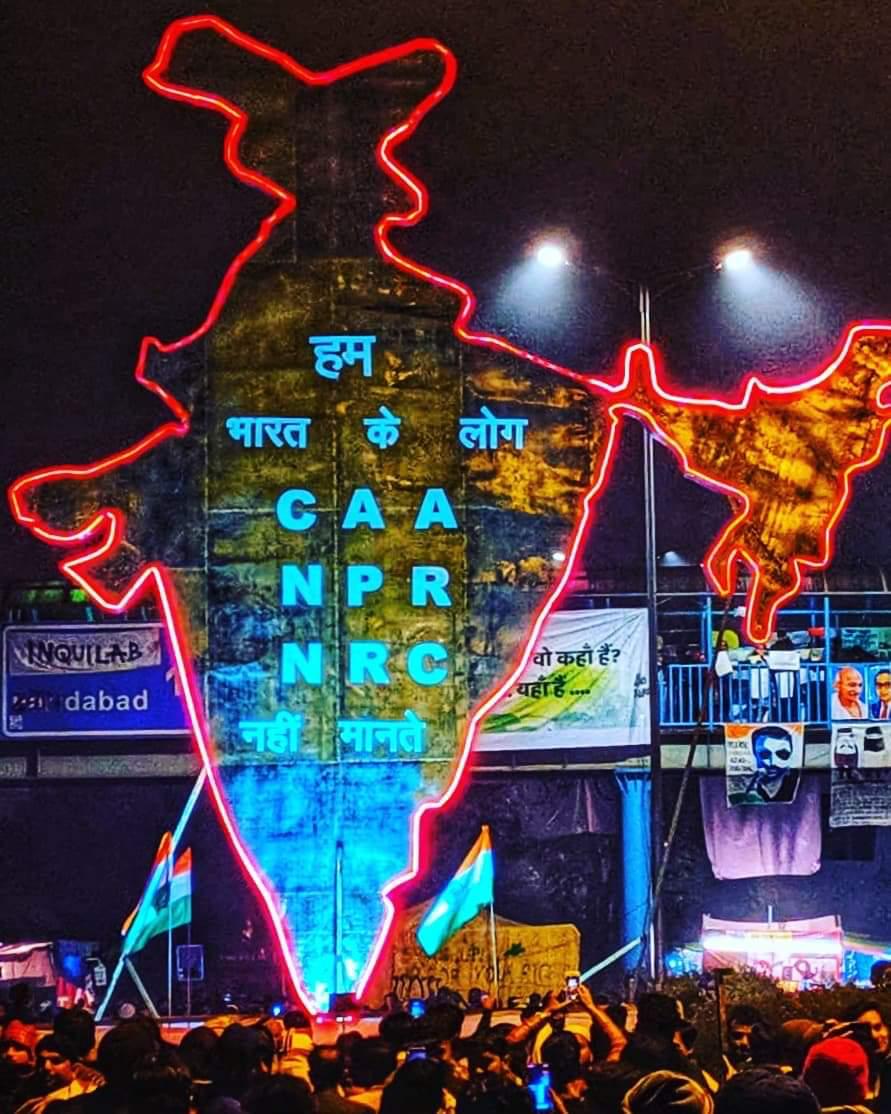 Many friends have asked me why I failed to get an Indian visa; here is a brief explanation.

I was born in Barabanki, a small town in U.P. in India. India was then “British India,” and U.P. stood for the United Provinces of Agra and Oudh. Birth certificates were neither required nor sought. I may be wrong but perhaps it was the job of the local chowkidar to report births and deaths, and not the relatives of the person concerned.

In 1949, I matriculated. India was then free, though not yet a Republic. My high school certificate was my first official document, also my identity document. It established “for ever and ever” two things: the legal form and the English spelling of my full name, and my date of birth. It didn’t indicate the name of my father, but in those days even the courts took you on your word unless you were pursuing some inheritance and the other party challenged your claim. So it was in those dark days of the British and Congress Raj.

In 1957, I came to the United States on an Indian passport and an American visa. Both documents respected the authority of my high school certificate concerning the above two matters. The only trouble I had was regarding the required “police report.” I had one from the Barabanki police, but the Passport Office demanded that I should also get one from Poona, sorry Pune, where I had studied for two years at the Deccan College. And the Pune people were responding to my requests or even a wire sent by the Barabanki police at my expense. Or it could be that the Barabanki police wanted to get a report from Pune before issuing me a character certificate. It has been 60 years, after all. In any case, character certificates from three IAS officers took care of that problem. (Yes, the rules were flexible, but they didn’t always tell you right away. I had to run around for two months before the passport officer suggested that method.

I have lived in the United States since September 1957, mostly in Chicago, where I taught at the University of Chicago for 40 years, retiring in 2001.

It was not till 1979 that I became an American citizen, at which time I receive my Certificate of Naturalization. It respected the information, I provided and then confirmed with my Indian passport. It further established and affirmed the fact that the India was my “country of former nationality.”

From 1979 till March 2019, I traveled to India more than a dozen times on my American passport and on ten-year tourist visas issued by the Indian consulate in Chicago. The last such visa expired in July last year. My troubles began when I applied to for a new visa last month.

Indian visas are not issued by the consulates; they are issued by an outside contractor—of course, strictly on the conditions laid down by the powers that be in Delhi. Now, again of course, it has to be done mostly on the internet. Right away, I had to seek help from a kind friend who had some experience with the online forms. We toiled together for four hours, then clicked the final button with much hope. We were told we had made “a most commonly made mistake.” Why the smart folks have not redesigned the form to save people from making the mistake the latter commonly make is one of those cosmic mysteries that India is famous for.

My friend and I toiled another four hours, I then discovered that further progress required that I should go and get a banker’s check and enter its number. I did so. But I could have had more peace of mind if the designers had made that condition explicit in the instructions. They had not, and one can only assume it was their way to make sure the applicant was clever enough. All the forms properly filled and triple checked and notarized where needed, proper size pictures properly pasted, and copies of my high school certificate and my naturalization certificate and a banker’s check in hand, I went to the office of Cox & King downtown to submit my application. The harried lady at the front desk flipped through my papers, and said that I needed “a second document.” She then explained that I need to bring either my birth certificate or my old Indian passports, for now two documents were required to establish what until then needed only my good old high school certificate or my American passport issued on its basis. The fact that my passport contained the expired ten-year Indian visa was of no use; that was based on old rules, I learned, and the new visa had to be based strictly on the new rules sent down from India.

I’m now told that I should apply for an ‘e-visa,’ and that I should have absolutely no problem getting it. I intend to try later; right now, I feel like taking a chance.

I suspect my problems had two kinds of causes. One was simply a matter of bad design or bad programming. The very first page on the application site should have indicated two separate tracks: one for NRI, OCI or whatever other terms they have now for overseas Indians who, in fact, hold dual citizenships. And one for the rest, including people like me. I was born in India but I have only one citizenship—and also wish to have only one at any given time. OCIs, in fact, are dual citizens. In America they live as American citizens, and in India like citizen Indians. They wish to have the cake and eat it too, and the GoI gladly goes along. (An OCI is NOT considered a citizen of India outside of India, nor does he make such a claim—they use their foreign passports.)

I should have been sent to the track for what they tell me is now called an ‘e-visa.’ And I should have been kept on that track even after I indicated my birthplace was Barabanki, India, and not switched to something else that is clearly designed to harass American citizens of Pakistani/Bangladeshi origin.

The second reason was the ill will inherent in the questions on the form. Have I renounced my Indian citizenship? Do I have a certificate of renunciation from the consulate? My parents are deceased, but I had to indicate their present and previous nationalities. I couldn’t just say they died long ago.

In any case, the killer in my case was the form titled ‘NATURALIZED 10 YEARS OR MORE – DO NOT HAVE MOS RECENT INDIAN PASSPORT – UNITED STATES – ADULT.’ Nothing can be clearer than the above. It defines me. I was naturalized 40 years back, and did not have my old Indian passport. It asked me to submit the following:

And then came the ‘new’ stroke of genius: 5. ‘Proof of Indian Origin.’

It stated that if you do not have your previous Indian passport you needed ‘TWO’ documents out of the four listed below:

Notice that in this one and the same form, the question of previous Indian nationality is expected to be established in two different ways. In item #2 above, with just one document; but in item #5, it asks for two. So, there I was. I had no voter’s card, since I had not voted in any election before leaving India. I had no birth certificate, for hardly anyone had one in small town India at the time I was born. And my parents had never obtained passports of any kind, and of course never had birth certificates. All I had, was my 1949 Allahabad Board High School Certificate. It had got me my Indian passport in 1957, and also my American visa, but now it was deemed insufficient.

My application was denied.

There is clear effort in the rules to find out about the birth place and birth status of the applicant’s parents and grandparents. It is clearly an effort to stop people from visiting India who (or their parents and even grandparents) may have been born in areas that are now Pakistan and Bangladesh. Does that make India more secure? I can’t see how. Does it make any sense? I guess it does to the bureaucracy in India and the politicians.

Let me just add, in the end, that in the Seventies, when I still had my Indian passport and citizenship, I was not able to cash Indian checks at the SBI, Barabanki, because it did not consider my passport sufficient to confirm my signature. “The person confirming your signature on the passport should be known to the bank.” Of course, that person was the President of India, who did not have an account with the bank! Twice I had to go to a local doctor friend and get him to confirm; he not only had an account with the SBI but also was on their local committee of some sort.