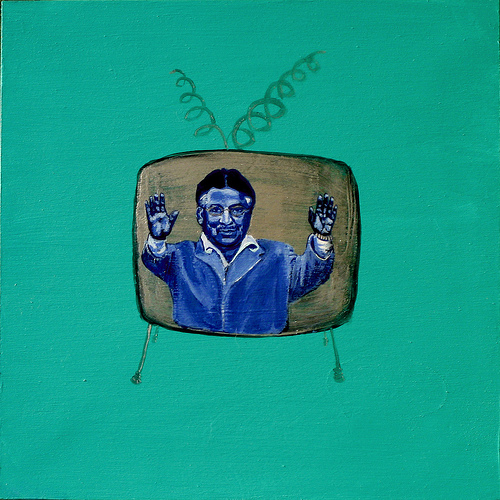 The tide seems to be receding. The protests are not spreading beyond the lawyers and the students. The opposition parties have had no luck mobilizing. Benazir Bhutto's me-first strategy is d.o.a. That robust media, Aaj TV, Geo TV, ARY TV remain inaccessible to the majority of the population. The Supreme Court justices are in house arrest. The majority of the opposition is under strict duress. The General has made a series of announcements while jiggling his Google Calendar and seems to be announcing something for January. Enough, in any case, to placate the White House. 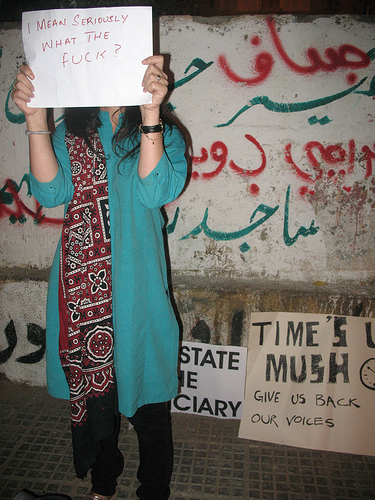 Is it over? This nascent movement for democracy and freedom.

It is, if you conceive of it as an instant reaction to an authoritarian step - a flash of anger and frustration that is slowly simmering back down. It is, if you believe that the lawyers and the students represent rather insulated factions of the overall society who do not effect life in a significant enough manner for "ordinary Pakistanis". There is a lot of circumstantial evidence that Musharraf's crackdown on "information" is working. He has sequestered most of the trouble makers. He has cut off any public discussion. He is threatening to try civilians in military tribunals. And the only possible alternatives look like Benazir Bhutto. These are indeed massive odds.

Yet, I do not believe that these are KwiK E Protests that will just go away. Think back to the amazing crowds - hundreds of thousands - that mobilized for the Chief Justice. Think also of those reports about the unpopularity of Musharraf, the fall from grace of the Pakistan Army, the growing discontent about the state of affairs in Pakistan. None of that has changed. None of those miseries have gone away. The Baluchistan crisis is now the Swat and Baluchistan crisis. The Islamists have not disappeared.

These nascent protests will not go away. In fact, they have awakened a new segment of the civil society against The General. A fact that is abundantly clear to those inside. 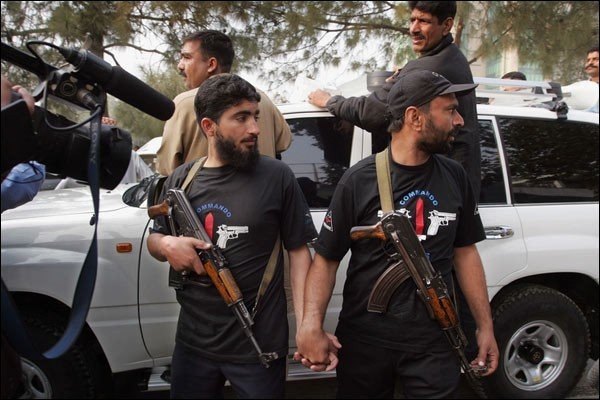 The picture about dropping the uniform really goes with my article below: http://www.mikeghouse.net/Pakistan-Breaking-the-Cycle.asp Pakistan- Breaking the Cycle : There is a paradigm shift in making. The US Foreign policy is toying with the idea of supporting the Pakistan people as opposed to the Pakistan Government, i.e., from Musharraf Policy to Pakistan Policy. The only way to put bad policies out of circulation is to advance pragmatic sustainable policies. For a positive change, the United States Foreign policy establishment is seeing the light, at least Senator Biden has.

CM makes an appearance in Manjeet Kripalani's Virtual Protests in Pakistan, Business Week and in Guardian's Media Talk podcast. Quaint? Look on the bright side -- CM is now in the esteemed company of the Geneva Conventions.

That second WTF photo is priceless. And applicable to so many things, current Pakistan situation included, obviously. I hope you're right about the nascent new segments of civil society.

The Baluchistan crisis is now the Swat and Baluchistan crisis. The guys in the Northern area are created by Gen. Zia and the west to fight the infidels but Bauchistan problem is due to neglect form central government (East Pakistan case). Recently Pakistan started a Motorway project under Nawaz Sharif government but Quetta was left out in the scheme. And we wonder why majority of Baluch feel alienated from the rest of us?

OK here is the link http://www.views.pk/wp-content/uploads/2007/04/pakistan-motorways-map.jpg

[...] Chapati Mystery on how protests will continue beyond the first few days. “These nascent protests will not go away. In fact, they have awakened a new segment of the civil society against The General.” Share This [...]

[...] Sepoy at Chapati Mystery has been doing a series of very insightful posts on the situation in Pakistan: Is it over? This nascent movement for democracy and freedom. [...]

I can't speak for Pakistan, but this is seeming rather 1968--a few intellectual types get pushed around, but everyone else stays home. I tell ya, ya can't count on the middle class to start a revolution anymore.

Who took that amazing photo of the two commandos, the photo at the bottom of the post?

Permanent and Serious Physical Damage Rising to the Level of Organ Failure... (Posted at Dorf on Law) No, I’m not referring to any physical damage associated with my jaw dropping to the floor upon hearing George Bush say that Gen. Mr. Pervez Musharraf has not “crossed any lines” in his full-scale assault o...