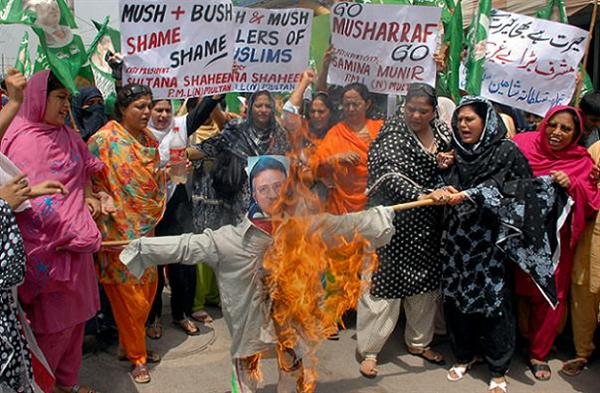 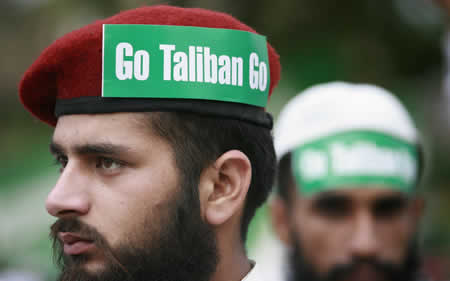 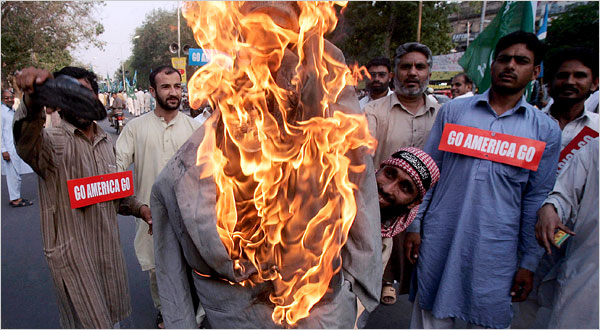 Yes man: the reason for burning effigies is a symbolic one - effigies are of individuals who are associated with the cause/country/issue being protested. since there is no one visually recognizable leader associated with the taliban, it doesn't make sense to burn an effigy of a 'bearded guy in shalwar kameez', since that beareded guy in shalwar kameez could be my grandfather. and no, my grandfather is (rather was) not a fundamentalist or an extremist of any sort. Apologies if you were making a joke, but your comment comes across as a little offensive. Also, wrt to your (rehetorical?) question at the end, I would advise against trying to read complex political statements into such symbolic acts as effigy burnings.

"Or is it a sign that the taliban are not as hated as america and mush?" Nobody left their houses when 'Taliban" were "running the place"(SWAT). Now military with approved dollars has its kind gaze on the area and people are fleeing in hundreds of thousands. Make your own deductions

It is interesting that you made the observation that you made. Are you implying that Pakistanis identify with Taliban or perhaps all bearded ones do? I have a feeling that if there was a picture of a bearded man burning a bearded effigy, you would point out something else like the effigy isn't big enough or the beard on the effigy isn't long enough or that the protestor's beard isn't long enough or that he isn't wearing the right kind of Shalwar Kameez :-)