I failed to note Gandhiji's birthday yesterday. Or note these great photos: 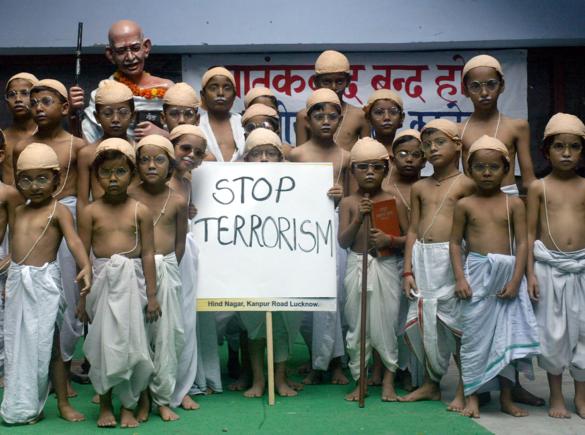 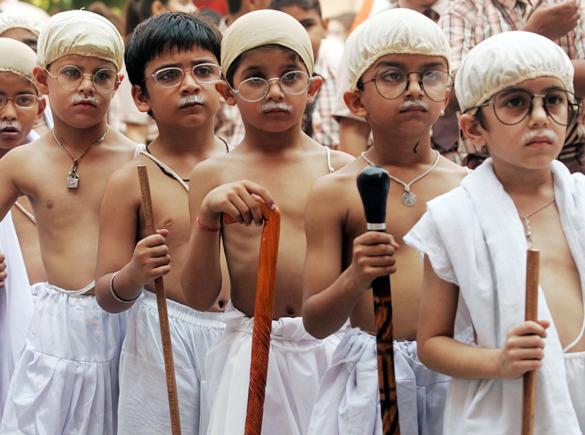 Poor guy. Everyone exploits him so. Where were these taken?

Isn't it interesting how they're all wearing the Brahmanical sacred thread? Most photographs of Gandhi himself don't have him wearing it. Where were these pictures taken again?

These two photos came courtesy of the wire - the bottom one is from Amritsar, the top from Lucknow. And here is a story from last year, placing the festival in Srinagar. http://www.tribuneindia.com/2007/20071003/j&k.htm#1

Isn't it interesting how they're all wearing the Brahmanical sacred thread?