I love your funny face
Your sunny, funny face
You're not exotic but so hypnotic
You're much, too much
If you can cook the way you look

I'd swim the ocean wide
Just to have you by my side
Though you're no Queen of Sheba
For world's I'd not replace
Your sunny, funny face 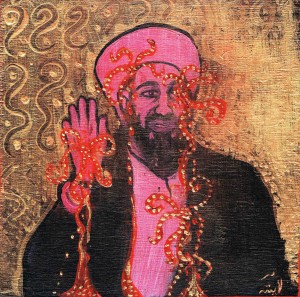 After watching Gone with the Wind at an impressionable age, I became obsessed with the flexibility of Clark Gable's eyebrows. I endeavored for many months afterwards to develop the muscles necessary to produce similar effects with my own eyebrows. I now bear the mark of my success on my 42-year-old-face: a surprising fountain of wrinkles originating from my left eyebrow and shooting upward toward my hairline that seem to have materialized overnight. At night, brushing my teeth before the mirror, I stare intently at the wrinkles and try to produce the facial expressions that created them. And then I naturally think about age, and about death, and about Osama bin Laden's face, and what, exactly, the Navy Seals did to it that makes photographs of it unfit for public consumption.

Whenever an impossibly famous individual disappears without a public viewing of the body (and sometimes even then; cf: Elvis), rumors abound as to whether the personage in question is actually dead. The curious decision to keep from the public the image that would prove the kill has naturally fueled an abundance of theories. So that members of the United States Government might not also feel inclined to indulge in such conspiracy theorizing, the White House set up a limited access peep-show to which select individuals of prominent stature, such as John McCain, were invited to see the booty captured and killed by our boys. They came away convinced, slightly shaken, perhaps a little horrified, but gratified that with their tremendous stature came access to the nation's top-drawer death porn. 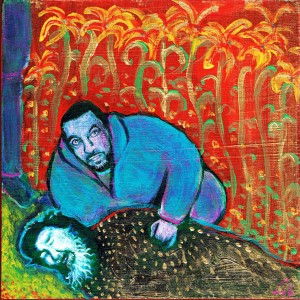 Were his brains blown out? His eyes shot from his head? And if his face was revoltingly disfigured, how then would such a photograph make indisputable his identity in death? What vestige of his face was left to prove to John McCain with a photo that we had our man? With the capture of Saddam Hussein, the captors chose to distribute a humiliating image of the former leader sticking his head out of his foxhole, groggy, ungroomed, a wild-eyed old man blinking in the sudden light of the sun. "He was in the bottom of a hole with no way to fight back," reported Major General Raymond Odierno proudly. "He was caught like a rat." The photograph was depressing as it was convincing, and in any event, he was executed eventually. Blood lust satisfied, conspiracy theories crushed (unless it was one of his doubles?).

In Osama's case, at least, there is said to be a photo, and there is said to have been a body, now swimming with the fishes off the coast of Karachi. In the case of the alleged killing of militant Ilyas Kashmiri by drone last month, there seems no way of proving the deed. As Interior Minister Rehman Malik put it, officials were "98% sure" that Kashmiri was one of the humans blown out by a drone strike. The target was said to be taking his tea in an 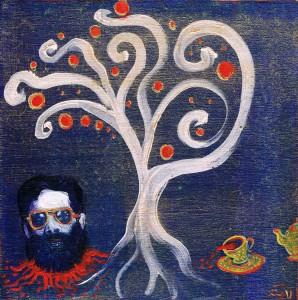 orchard at the time, an image that bears with it a fragile, civilized gentility in comparison with the CIA's not particularly covert video game-like military operation in Pakistan. Soon after he was supposedly killed, Kashmiri's family gave an almost irritable interview that seemed rather pointed in its criticism of the missing father and husband. He doesn't call, he doesn't write; if you are reading this right now, Ilyas K, you should know that your family is not pleased with your behavior. They said they'd believe he was dead when they had proof. Of course they'll never have it; the United States has become too fastidious to parade its victims' heads in the village square.

interesting read made interesting connection with the things going around and the funny face. by the way the killing of Kashmiri results in 98% result... no wonder tomorrow that 2% become more strong as you can never know what actual things are and what Rehman uncle say.

Ilyas Kashmiri beheaded an Indian soldier in 2000. His name was Sepoy Bhausaheb Maruti Talekar of the 17 Maratha Light Infantry. http://www.indianexpress.com/news/24yrold-sepoy-was-beheaded-in-2000-loc-raid/520047/

[...] Rockwell — Funny Face Whenever an impossibly famous individual disappears without a public viewing of the body (and [...]