Our hardworking judge, the illustrious Kuzhali Manickavel, has pored long and hard over all the submissions for our flash fiction contest. She has selected one first place winner, and two entries are tied for second place. She found the decision very difficult and hopes that everyone enjoys the results. In first place, we have a story by Amitava Kumar, and in the two second places, we have stories by Sridala Swami and Mircea Raianu. Thanks to all for participating! We may have another contest soon, so watch this space. And here, again, is the prompt for the story, a tweet by @polgrim:

I was deep in conversation with an ambassador's wife of an 'x' country over dinner when I get a text from Paris to tell me Egypt is free. 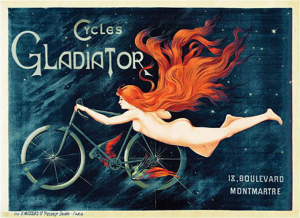 I am deep in conversation with an ambassador's wife of 'x' country over dinner when I get a text from Paris to tell me Egypt is free.

Our conversation has been desultory so far: the stadium lights on the other side of Mathura Road, Lisbeth Salander's charms, and now the naked woman on the Cycles Gladiator bottle the waiter has brought us.

In her husband's company, she is serious; she is determined to be funny with me. I am twice divorced, I'm no longer in charge of the Ministry; it is her loneliness, a taste of melancholy in it, that makes her even try. I could cup her sad mouth.

The woman on the label, her fleshy rump and the fiery orange hair flying, is the subject of my companion's strained disquisition.

I notice that she has deposited a drop of balsamic vinegar on my blackberry. But who can resist that slender wrist as it separates the salad from the baked salmon?

When I discreetly bring the tip of my napkin to my phone, it lights up and I read the text. I say to her “Mubarak is gone!” and in that moment know that I will have her tonight.

Meet X: He's just seceded from his family and now lives inside the garden sump. He's working on a text-and-image creation using the mildew patterns on the walls.

Meet A: She's here to bring X news of the world and ask why he doesn't reply to SMSes. A has begun to wish there was a way to include hashtags in irl conversations for performance value.

A meets X as if she were a traveller in an antique land. He beckons her into what he calls his adobe.

â€” What did you just do with your hands?

â€” Never mind. Why are you living in the ground? And where d'you pee?

â€” Never mind where I pee! I wanted out of social media, ya. I'm making something that's going to be, like, Bhimbetka. You want to see?

â€” You're doing that thing with your hands again.

While A and X free-associate in the sump, meet Ammi: She's buried in the garden, up to her neck, amongst the flowerpots. This is what she says: 'Another heavenly day.'

One day when I was two and a half years old, my mother took me to the park in a stroller. It was the park we always went to, hidden on a back street just off the main boulevard leading to University Square. As it happened, the park belonged to the University club, a small white building where students would gather, surrounded by dirt paths, empty stone fountains, and a few birch trees.

On our way home, a great mass of people moved quietly along the street, saying nothing. Some were holding white rags to soak up the blood, and some were being carried. I spent the rest of the evening in our apartment, while relatives came in and out to watch television, smoke cigarettes, and spin conspiracy theories. I don't remember the crowds, or the old man on television who stumbled through the speech, got slightly confused, went behind a curtain and then climbed into a helicopter. Twenty years later, when I saw Hosni Mubarak walk up to the podium on my computer screen, I thought I would finally get to see an old man crumble. But he only left a few hours later, during the night, while I was sleeping.

really loved the first one...very nicely written...third one as well.

I am deep in conversation with an ambassador's wife of 'x' country over dinner when I get a text from Paris to tell me Egypt is free. Two weeks later I dine with the French ambassador in Cairo. To meet BHL. He is supercilious toward our revolution, becomes slightly intrigued when we talk about Libya. The next day I decline his suggestion to join him on the flight he's arranged to Tobruk. One week later he has persuaded Sarkozy to go to war. Obama took 36 hours longer. Texting at dinner parties is no longer fun.