[rejected by US Weekly]

They're CRAZY about celebrities! 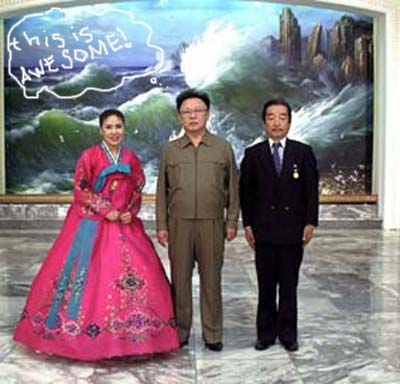 Dictators can meet any celebrity they want. They can even kidnap them and force them to make movies for them while they eat live lobsters with silver chopsticks. But that doesn't mean a dictator can't be starstruck. Chairman of the National Defense Commission of North Korea, Supreme Commander of the Korean People's Army, and General Secretary of the Workers' Party of Korea, the notorious Kim Jong-il can't believe his good luck: he's standing right next to the beautiful and talented singer Kim Ryon Ja!

They LOVE their pressure cookers! 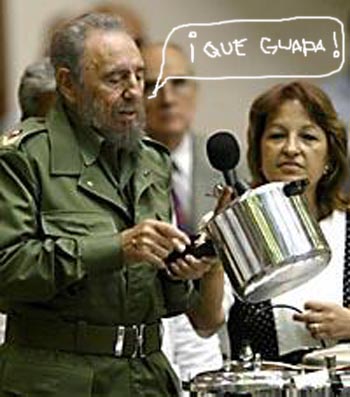 President of Cuba and Comandante of the Cuban military Fidel Castro loves to cook with Chinese pressure cookers! Not only are they energy-saving for his entire nation, but they really lock in the flavors of meats and vegetables...without boiling out all the nutritional content, like with regular pots and pans! Usually people share cookery tips with their friends and family without expecting everyone to set up their kitchens the way they do, but when you're a dictator, you can command everyone else in your country use your favorite cooking utensils too. It's just like being Martha Stewart or Emeril Lagasse, only with a whole country, and not just a franchise and a series of trend-setting media appearances.

They can't ignore a GREAT pair of legs! 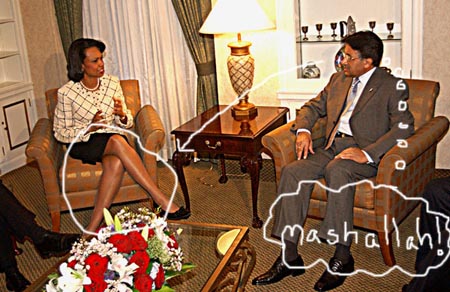 President of Pakistan, Chief of Army Staff of the Pakistani military and celebrated memoirist General Pervez Musharraf: a guy thinks he's got everything he could possibly want and then some cute little thing in a short skirt waltzes by and he realizes he may be a military dictator, but he's only human!

They can't keep their minds off HAUTE COUTEUR! 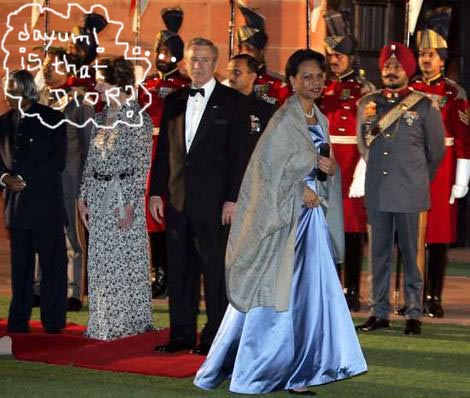 They let their wives dress them up in MIX 'N' MATCH outfits! 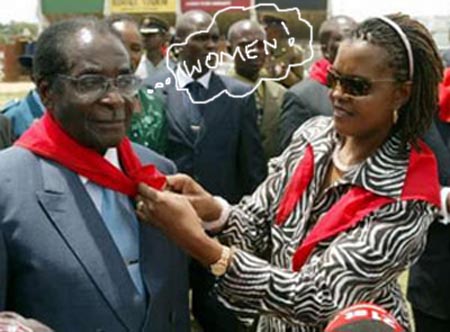 Executive President of Zimbabwe and Chancellor of all Zimbabwean universities, Robert Mugabe may intend to rule his nation with an iron fist until he turns 100 years old, but when it comes to picking out the Dictator's outfits, his lovely and talented wife Grace is the Commander-in-Chief!

AND they have the fly-est bodyguards. Just like ME!

AND they get trip hop operas written about them!