[We are excited to host this conversation on a very important book, Kim Wagner's The Skull of Alum Bheg: The Life and Death of a Rebel of 1857. The CM Roundtable is a series that presents multiple, in-depth reviews of an exciting new book. We thank each of our distinguished panelists for engaging in this public dialogue. We aim to have each roundtable available as a single beautifully produced e-book available at the conclusion— for classroom or referential usage.] 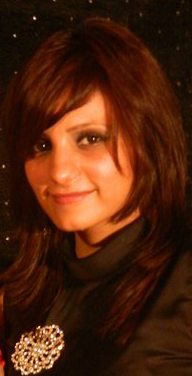 Sonia Qadir has an MA in Liberal Studies from the New School for Social Research in New York and a BA-LLB from Lahore University of Management Sciences (LUMS) in Pakistan, and is a recipient of Fulbright Masters Scholarship and Australia Awards Fellowship(s). She has worked extensively in the legal and development sector in Pakistan, including as a legal consultant for the Punjab Commission on the Status of Women, and served as Visiting Faculty at Lahore University of Management Sciences. She has been actively involved with various grassroots progressive movements in Pakistan, and is one of the founding members of a leftist feminist group, the Feminist Collective. Her research interests lie at the intersection of law and humanities, including law and gender, criminal justice and human rights, legal anthropology, critical theory and decolonization.

Kim Wagner's book is, at its heart, about British colonial violence in India. While the fact of violence in European settler colonies in Africa and the Americas is relatively well documented and acknowledged, British colonization of India still tends to be spoken of in terms of the rule of law, infrastructural development, environmental and social engineering and economic rent-seeking. In this book, Wagner invites us to reflect on an even more sinister aspect of the East India Company rule and the racial order that underpinned it: the physical annihilation of the rebellious Indian body. From skulls of Indian rebels claimed as war trophies and converted into home utensils like ash-trays or cigar holders (200), to bodies left hanging from trees for days (156) or left to rot by the dozens on the roadsides, to those blown by cannons leaving “pieces of flesh and bone scattered all around” (188), the imagery of this book is disconcerting and poignant. It calls into question the liberal and rational faÃ§ade of the British Indian Empire, and lays bare the more base instincts of the gentlemen officers of the Company, and European civilians and missionaries alike. But perhaps more importantly for us today, this work inadvertently invites us to consider the violent and racialized foundations of modern Western and post-colonial states, and the ways in which rule of law is often the chimera that masks a more grim reality.

Wagner explores this theme through a historiographical account of the Indian Mutiny of 1857, specifically the life and death of Alum Bheg, a havildar in the 46th Bengal Native Infantry of the British Indian army, deputed at the small-town of Sialkot in recently occupied Punjab. His skull was collected by a British officer as a war trophy, after he had been blown from a cannon for his role in the rebellion. In a note found with the skull, Alum Bheg is described as one of the principle mutineers, also responsible for the murder of European women and children at Sialkot. Despite Alum Bheg's archival absence, the author manages to collect enough evidence to repudiate the claim of his guilt: Alum Bheg, like hundreds of his comrades, was in fact completely innocent of the acts he was accused of, a fact not unknown to the British themselves.

So why kill him, and in such a 'savage' way? As Wagner explains, execution by cannon was considered exemplary punishment by the British, especially appropriate for those who rebelled against Company rule or threatened European lives. It was in fact the ultimate tool in the armory of the colonial state (185). But it was meted out to hundreds of sepoys, most of whom only joined the rebellion because of extenuating circumstances. While the regiments deputed at Sialkot had received letters asking for support from Dehli and elsewhere, they only shifted their loyalty months later after becoming convinced that they had lost the trust of their British commanders and had no choice but to rebel in order to save their own lives, or their honor. Many of them had continued to protect European officers and their families even after having joined the mutiny. The large-scale massacres of sepoys therefore, rather than a predictable reaction to a grave situation, were “deliberately excessive to mask the vulnerability of the colonial state, which had been so dramatically exposed by the uprising” (155). This was in fact the supreme bluff — a “product of (imperial) weakness rather than strength” (155).

This imperial weakness meant that the British narratives of Indian aggression were intentionally blown out of proportion. Stories abounded of the murder of Europeans and the rapes of European women, even though very few of them were based in fact. Without these stories, British vengeance could not be justified, and without extreme violence that would strike terror in the hearts of natives, the tenuous nature of the British hold on power would be exposed for all to see.

If this sounds farfetched a hundred and sixty one years later, it should not. Living in the post 9/11 world, we are hardly strangers to the ramifications of such sovereign dilemmas of security. We are bombarded with narratives of enemy others whose actions lie beyond the pale of humanity, and dealing with whom requires abrogation of “civilized” law, due process and morality. This means we can continue to create 'special' legislations and courts that do away with the most basic procedural safeguards and fundamental human rights, as well as rely on extrajudicial killings and enforced disappearances as a way to dole out quick justice in the name of a nation/state in jeopardy.

This undermining of the rule of law under the pretext of justice, extraordinary circumstances, or racial necessity is clearly depicted in Wagner's book. The British conducted summary trials followed by on the spot executions of hundreds, despite the rule of law being the ultimate justification for British colonization of India. “Even in the absence of due process,” Wagner observes, “justice was still invoked as an almost divine attribute of British actions, and this allowed free reign for indiscriminate violence.” (148). The mutiny itself led to the passing of many a hasty regulation, but most of them only legalized the actions of British commanders post the fact.

But another aspect of the nurturing of violence as State policy is the very way in which these narratives of the inhuman/threatening Other are constructed, spread and legitimized. Wagner himself describes the way news travelled and rumors spread during and leading up to the mutiny, and the way in which European accounts of savagery of Indians were hyperbolic and fanciful. What is perhaps missing is a more engaged theorization of this violence and its intersection with the productive work done by rumor and affect to create a culture of terror. Here I am reminded of the work of anthropologist Micheal Taussig (1984) in the Colombian rubber plantation of Putumayo (run by a joint British and Peruvian company). At these rubber plantations, natives who provided forced labor were killed, tortured, raped and starved by the thousands by their managers, often just for sport. In order to deconstruct this violence, Taussig writes at length about the narratives and stories of native savagery, magical powers, and their thirst for white man's blood that provided the “indispensible groundwork” for the “flowering of colonial imagination”. Quoting a Peruvian Judge about the culture of terror at the rubber plantations, he notes, “Their (rubber station managers') imagination was diseasedâ€¦and they saw everywhere attacks by Indians, conspiracies, uprisings, treachery etc.; and in order to save themselves from these fancied perils . . . they killed, and killed without compassion." The rubber station managers occupied a “terrifying world” which had been fashioned through an “uncertain” and “nightmarish” reality created out of “interplay of truth and illusion”, and the only way to live in such a world was for them to themselves “inspire terror”. These rumors and stories, Taussig reminds us, were a “potent political force” without which the “work of conquest” was not possible, and this seems to apply to what Wagner has described about the British Indian context as well.

Taussig also challenges the over reliance of modern social science on explanations of social phenomenon based on ideologies, and rational economic behavior. In the case of Putumayo, while the need to induce labor discipline in natives who resisted capitalist forms of economic exchange explains the violence to an extent, for Taussig the answer lies more in the dimensions of symbolism and magical realism. I find this concept particularly apt in understanding another important theme raised by Wagner i.e. British colonial violence in India as “spiritual warfare” (179). Wagner points out that the execution by canon fire was so crucial to British response to the Indian mutiny, because this was, according to the British, what Indians feared most. While a simple execution by hanging left the body intact to be potentially disposed of as per the individual's religious beliefs, being blown to smithereens erased the very possibility of an honorable burial, and an afterlife. The British were therefore exploiting “Indians' fears of ritual pollution” (179) and waging a war on their souls, more than their bodies. As Wagner points out, “such retribution would have been unthinkable in conflicts against white people, the perceived need to reassert racial hierarchies during a time of crisis made such violence both permissible and seemingly indispensable”. (180)

In short, while this book will be essential reading for historians of colonial India and those studying the mutiny of 1875 more specifically, it will also prove valuable for sociologists, anthropologists and legal scholars writing on aspects of (racial, ethnic, religious) violence, abuse of rights and liberties, and colonial and post-colonial knowledge formation in Pakistan and South Asia today. Among other things, it hints at the need to take the study of 'affect' seriously in understanding the culture of violence/terror and exceptionalism coded into the rule of law, that we are so familiar with, but often fail to decode in all its complexity.