[The CM Roundtable is a new series that presents multiple, in-depth reviews of an exciting new book. Each new roundtable will conclude with the author's response. We thank each of our distinguished panelists and the authors for engaging in this public dialogue. We aim to have each roundtable available as a single beautifully produced e-book available at the conclusion— for classroom or referential usage.] 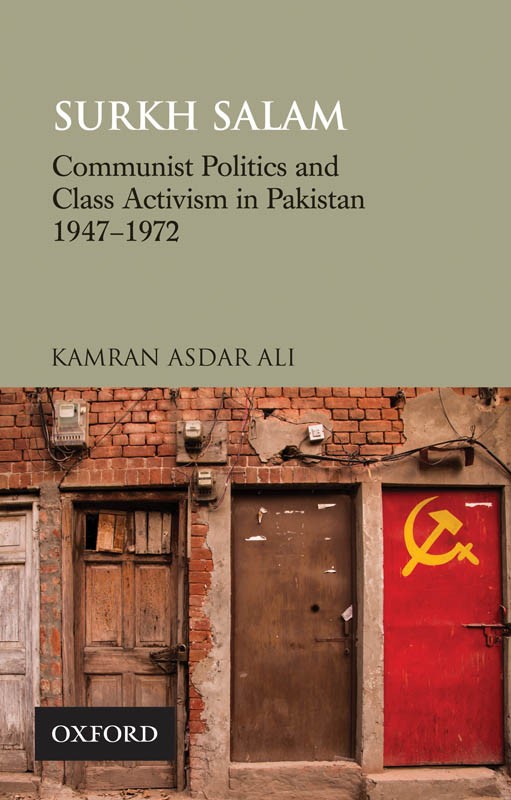 Writing left history or radical history is always global. In periods of formal decolonization the nation-state inevitably emerges as an issue of debate in which the direction and mandate of a country is set. Such was the case in post-partition India and the creation of the separate entity of Pakistan. For those committed to an internationalist vision of disrupting the capitalist model, the creation of a new nation-state represents itself as a particular challenge. How would, for example, the downfall of capitalism and imperialism be advanced with the problems of creating a new state? What of the vision of an international and global camaraderie? How does solidarity work toward a radical internationalist world that spurns class oppression and gender domination alike? Such are the dilemmas that begin Kamran Asdar Ali's fine book Surkh Salam: Communist Politics and the Class Activism in Pakistan, 1947-1972. This is a much-needed study that makes sense of the way communist party and worker party politics of colonial India and Pakistan took shape after partition. The tragedy of partition was also the quintessential chance at a fresh start from the perspective of those who migrated to the newly demarcated lands of Pakistan. For those who gathered the fever of revolution, these shifts inaugurated feelings of a needed social transformation. These were ambitions of a grand scale with a sense of correcting the social and economic ills of society. That many of those who were committed to left politics or were sympathetic came from wealthy class backgrounds is not surprising, as this was the case throughout the postcolonial world. Ali brings the nuance of these class networks to the fore by writing history with his first-hand interviews and encounters. It makes for intriguing reading told from a generous scholarly perspective, which turns out to be one of the great strengths of the book. Aside from the general scope and expanse of relaying a history that has been buried deep, the openness from which Ali has elaborated the details of the experiment in progressive left politics in Pakistan lends itself to imagining other possibilities that were not foreclosed either by intellectual narrowness or ideological romanticism. There are no party allegiances to distract the assessment, nor are there quick judgments on the part of Ali, instead there is the careful extraction of a fine-grained story from available archives and oral histories.

Surkh Salam is written in the tradition that seeks the recovery of not only a lost politics of the past, but a politics of the present. In Ali's hands this is part autopsy that serves the part of historical method and salvage ethnography, and part discovery in the rendering of a topic that is often dismissed as a failure of the past. Far from simply ruins, Ali is more interested in showing how the vibrancy of leftist debate influenced mainstream politics and pushed a line towards a number of progressive party formations. As a monograph it is an excellent primer for a history that has been actively decimated from popular history. For those already familiar with the left political traditions of Pakistan and South Asia, Surkh Salam will be a necessary reference point to jump start further studies of communism and leftist politics in Pakistan. Most recently Saadia Toor's The State of Islam: Culture and Cold War Politics in Pakistan (Pluto, 2011) comes to mind as a monograph that has lent some fresh air into the analysis of radical traditions in Pakistani politics. Overall, Ali has done a wonderful job of reconsidering a left history that has been rubbed out of the script of political histories of Pakistan and even radical histories in South Asia. 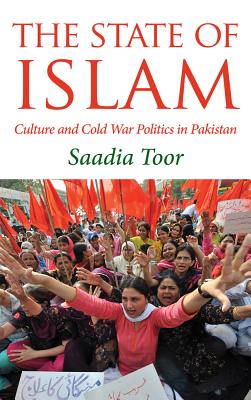 Toor, The State of Islam

Ali reminds us that the organizational work that formally led to the forays of the Communist Party of Pakistan, while at times short-lived, kept re-emerging and experimenting with new forms even in the face of violent state repression. Left critique is in the air, in the poetry, in the work that makes it live despite efforts to eviscerate it from memory. How can you kill what will not die? Pakistan, like so many other countries of the global South, is the victim of state programs and policies that sought to eliminate the political left as well as eradicate any history of it. For many readers, the existence of communism as a political praxis in Pakistan will surprise — such is the overwhelming victory of the contemporary language of anti-terror in which Pakistan has been rendered anti-modern. And yet this is one of the greatest ironies, the experiment with communism as a social and political project was fundamentally modern, as was the efforts by the state to eliminate it from the historical register.

Early on in the book Ali suggests that the communist experiment in pre-partition South Asia and then later in Pakistan was related to particular kind of deviancy and transgression of social norms. Drawing on queer and feminist theory, the argument takes gender and sexuality as a starting point for how to refigure the social order. This experiment in modernist form and critique is most clear in the debates regarding various issues, and is most strongly made in relationship to the impact of the literature produced by the range of positions of the Progressive Writers Movement. This latter point is most readily found in Chapter 3 and the elaboration of how the great writer Saadat Hasan Manto offered a counterpoint to the mainline of Progressive literary modernism. As an added entry into the ubiquity of poetry as a literary device of radicalism Ali also treats the reader to couplets and verses from a range of poets throughout the book that transcribe larger issues and debates into an affective critique. Poetry and literature to this day are the genre of critical engagement that is near impossible to contain. While censors can ban books, songs and recited poetry travel.

The last two chapters of the book are perhaps the most compelling while the entire book is chockfull of informative material. Throughout the book Hasan Nasir is drawn as a key figure of the communist movement with a specific chapter dedicated to his time in prison entitled “A Chronicle of a 'Martyr'” in which Ali depicts Nasir's case, that included police interrogation and torture. The final chapter that previously appeared as a journal article appears as one of the strongest in the book. It is an engrossing read of the turmoil of the early 1970s and the class politics that played out in Karachi workers movements.

If anything, one always wants more of a book that is meant to start a conversation and capture what is slowly disappearing into the quicksand of history. First, the closing of the book begs for someone to write an update of the radical left experiments in Pakistan since the 1970s. Towards the end of the book Ali gestures to some of the formations that have emerged from this time into the current proliferation of left and progressive parties in Pakistan that are constantly reshuffling. Secondly, as with any scholarly work that has a broad historical sweep, the impact of communist politics will be important as a source of comparison. For example, viewing Ali's findings in relationship to the broad global histories of diaspora scholarship such as Seema Sohi's Echoes of Mutiny: Race, Surveillance, and Indian Anticolonialism in North America (Oxford, 2014) and Vivek Bald's Bengali Harlem and the Lost Histories of South Asian America (Harvard, 2013) that both tease out the experience and relationship of forging political dissent in the context of migration and anticolonial sentiment. Such will be the openings for new research for other scholars to explore in the itinerant archives of the Pakistani left that itself was certainly internationalist in its politics but also transnational and global as a result of the decimation of the left throughout the second half of the twentieth century. As trade unions purged those inclined to communism and the spaces of the left dwindled, migration became the ever-present model of exile and the possibility of attaching to global struggles and solidarities.

Junaid Rana is an associate professor of Asian American Studies with appointments in the Department of Anthropology, the Center for South Asian and Middle Eastern Studies, and the Unit for Criticism and Interpretive Theory. His interests include transnational cultural studies, diaspora studies; community organizing and social movements; critical and comparative race studies, political economy, the postcolonial state; South Asia/Pakistan/US.