[The CM Roundtable is a new series that presents multiple, in-depth reviews of an exciting new book. Each new roundtable will conclude with the author's response. We thank each of our distinguished panelists and the authors for engaging in this public dialogue. We aim to have each roundtable available as a single beautifully produced e-book available at the conclusion-- for classroom or referential usage.] 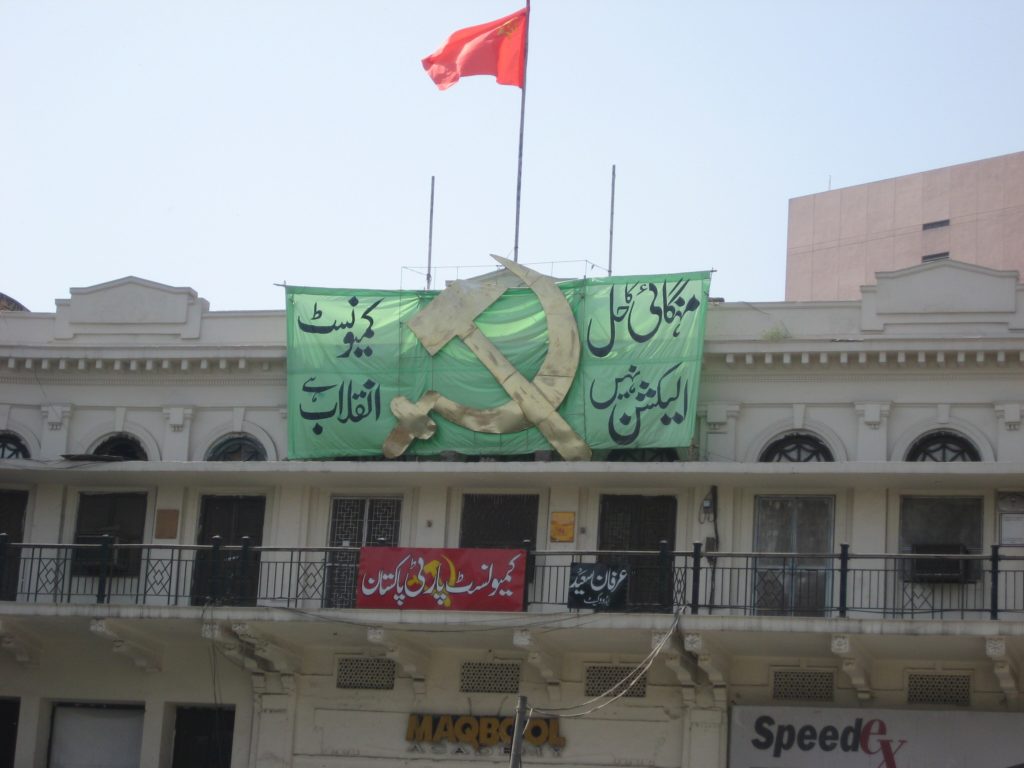 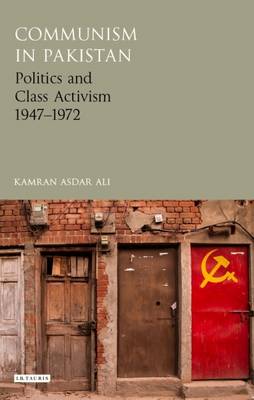 The acknowledgements to Communism in Pakistan describe a conversation between Kamran Asdar Ali and an activist in Karachi. As they sat and drank tea in the midst of political tumult in Pakistan in the late 1970s, Asdar Ali's interlocutor remarked that a history of the Pakistani Left had yet to be written. Not only was that history unwritten; in the activist's opinion, it needed to be written. Asdar Ali's book sets out to fill that need. It focuses on the years between Partition and the formation of Bangladesh and the accession of Zulfiqar Ali Bhutto to power.

Asdar Ali begins by invoking Michel-Rolph Trouillot's deceptively simple question from Silencing the Past (1995): “What happened?” (p. 10). Specifically, Asdar Ali asks what happened when the Communist Party of Pakistan (CPP) broke off from the Communist Party of India (CPI). The simple answer is that Partition put these two organizations on separate paths, but Asdar Ali provides a fascinating behind the scenes look at the CPP, describing the group's marginalization and ultimate outlawing in the early decades of Pakistan's political life. Following Trouillot, for Asdar Ali, to narrate the Pakistani Left is to write against silences. There is a “national amnesia,” he writes (p. 6), that obscures certain voices in mainstream scholarship on Pakistan. This scholarship, he notes, tends to examine themes of Muslim nationalism, gender discrimination, and militarization (p. 2). These themes are important, but he argues that the early years of the Pakistani state, wrapped in the ideology of Muslim nationalism, put forth a deceptive “metanarrative of an undivided nation on the populace” (p. 5).

To do the work of narrating “what happened” to the Pakistani Left, Asdar Ali de-centers dominant figures in Pakistan history--namely Jinnah and the Muslim League. “In Pakistan's early history,” he writes, “we find contesting voices of uncertainty and confusion, against an emerging nationalist framework, debating the shape Pakistan's social, political and cultural life would take in the ensuing years” (p. 13).

Put another way, Communism in Pakistan succeeds in re-narrating and re-claiming a familiar story of state formation. This kind of re-narrating, as I often tell my students, is a central feature of the best works of cultural anthropology. Those of us who work in South Asia can easily think that we know the story of Partition and the years after, but in the rich tapestry of Pakistan's Leftist politicians and activists, that story comes alive with new meanings and new insights.

Following Ann Stoler, Asdar Ali wants us to see the Pakistani left as a kind of “ruin.” Unlike the the material “debris” of past occupations that we might associate with Stoler's analytic, the Pakistan left is less a site, or a structure, than it is a web of relationships. Here again, we have a stimulating example of anthropology's contribution to South Asian history. Linear temporalities are only part of the story here. Asdar Ali excavates the “residues” of social connections among male politicians (and the women and laborers who supported them) to show how histories continue to be “emergent” and “resurgent” in the present. Seen in this way, the young activist's call for a history of the Pakistani left is not simply a matter of setting the record straight but of attending to a past that refuses to settle down.

In the first part of the book (Chapters 1-4) Asdar Ali describes the formation of the CPP and its day-to-day functioning before it was officially outlawed. In these years, roughly 1947-1954, CPP leaders faced a dilemma. The very creation of Pakistan was considered by many CPP members to be “reactionary” and “non-progressive.” A nation formed on the basis of Muslim identity was difficult to reconcile with the CPP's guiding ideology. In Pakistan, there was a foundational divide between party leaders and the working class they claimed to represent. Whereas India was rapidly industrializing by the late 1940s, in 1947, less that 1% of Pakistan's 80 million people were waged laborers. The vast majority were rural farmers.

Asdar Ali captures these dilemmas most vividly in the story of Syed Sajjad Zaheer, the first general secretary of the CPP. His story and that of other early CPP leaders emerge not just through archives but also through Asdar Ali's own interviews with women veterans of the movement. For example, Chapters 2 and 4 contain rich material from Asdar Ali's interviews with Khadjih Omar, a teacher and activist who supported Zaheer, and with Joan Afzal, wife of Mohammad Afzal, the former general secretary of the the Pakistan Trade Union Federation. Whereas a straight, linear history might risk depicting women as background players, Asdar Ali's approach allows them to do the work of producing the “resurgent” history that lies in the ruins of the Pakistani left. Their roles remain, however, that of helping piece together the lives and times of their male counterparts.

A historical resurgence is evident not just in the words of women CPP activists but in the literary legacy of the progressive movement. Zaheer himself was an accomplished short story writer and a founding member of the All Pakistan Progressive Writers Association. Chapter 3 recounts exchanges around the sexualized subject matter of the short stories of progressive author Saadat Hasan Manto. What we find here is not just a “queering” of Pakistan's national history but of the history of the Left itself (p. 112). These debates, for Asdar Ali, are about “human subjectivity and its relation to the uncharted future facing Pakistan at the moment of its birth” (p. 93).

By 1954, the CPP had been banned, viewed by national leaders as an existential threat to Islam. Asdar Ali's narrative in the second part of the book moves to the underground workers' movements that emerged from the CPP's remains. Out of the ruins of a formal party vanguard, activists like Hasan Nasir worked to organize laborers in what was now a rapidly industrializing urban sector. We hear much of Nasir's story, once again, through a dialogue with a key woman in his life. Asdar Ali does a masterful job excavating the condemned leader's jailhouse correspondence with his mother in the run-up to his death andâ€”for some at leastâ€”martyrdom in 1960 (Chapter 5). 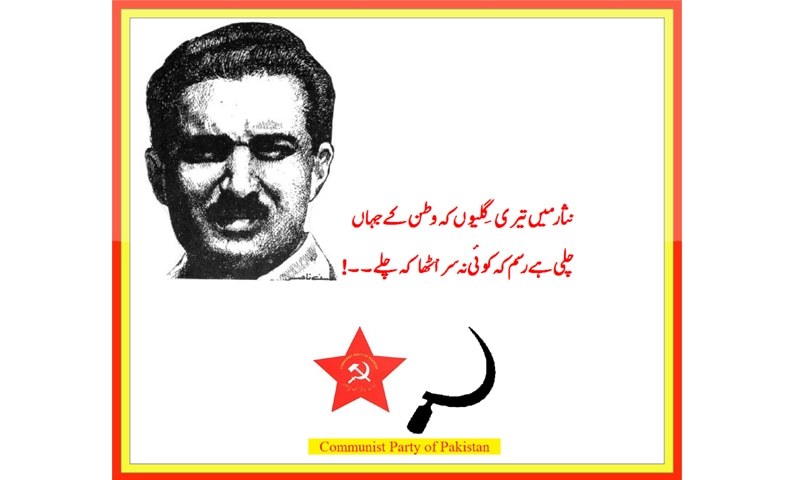 Part Two of the book situates specific stories like this amid the rapid industrialization of the country under General Ayub Khan. After Khan's “decade of development,” emerging workers' movements seemed poised to coalesce, even if the mantle of the CPP was no longer available to them. The People's Party of Pakistan, led by Bhutto, rose to power with the support of the working class.

While 1972 is most familiar to us as the inaugrural year of both Bhutto's leadership in Pakistan and an independent Bangladesh, that year is memorable for the Pakistani left in a different way. While Bhutto moved to nationalize industries and bring working class movements into his coalition, he also warned against workers continuing to participate in “lawless behavior” (e.g. protest and strikes).

On 7 June 1972, Bhutto followed through on his threat. Police fired on demonstrating workers demanding back pay, who had gheraoed a locked-out factory. The next day at the funeral procession for the workers killed in the strike, the police stopped it and again shot into the crowd.

It is notable that the book's narrative jumps from Nasir's death in 1960 (Chapter 5) to the labor protests of 1972 (Chapter 6). Worker mobilization in Pakistan, as Asdar Ali notes in his conclusion (p. 196) has always been fractured and somewhat spotty. Indeed, a disconnect between Leftist leadership and the working class they aim to support is reflected in this book's two-part structure.

There are many ways to explain this disconnect, starting with the fact that ethnic divisions among groups of workers may have prevented the formation of coalitions. Broader geopoliticsâ€”Bangladesh's independence, Bhutto's detente with India, and the Cold Warâ€”also disrupt any expectation of a singular, coherent framework for understanding communism in Pakistan. The answers to the question of “what happened” to the left are multiple. In a sense, the Pakistan left has always already been a project of tenaciously, stubbornly recovering the ruins of imagined futures.

As someone who works in the Himalayan foothills of West Bengal (another part of South Asia where ethnic and linguistic division are commonly seen has having prevented the dreams of Communist leaders from coming to fruition), I am inspired by Asdar Ali's work. After reading, I want to know more: about “what happened” to the Left in those parts of India where parties and ideologies broke down; about the women who not only supported male leaders but also played key roles in developing those parties and ideologies; and about the transformative possibilities presented by resurgent histories.

Sarah Besky received her PhD in anthropology from the University of Wisconsin-Madison. From 2012 to 2015, she was a postdoctoral fellow in the Society of Fellows at the University of Michigan, where she completed a project based on fieldwork in Darjeeling, India. Her book, The Darjeeling Distinction: Labor and Justice on Fair-Trade Tea Plantations in India (University of California Press, 2014) explores how legacies of colonialism intersect with contemporary market reforms to reconfigure notions of valueâ€”of labor, of place, and of tea itself. Her current research explores agrarian and industrial reform in the Indian tea industry through the lenses of taste and masculinity.