[CM is delighted to present an extract from Chris Moffat's India's Revolutionary Inheritance: Politics and the Promise of Bhagat Singh, with the author's introduction to the extract.]

Chris Moffat is a British Academy Postdoctoral Fellow in the School of History, Queen Mary University of London, where he is completing a new project on architecture and politics in Pakistan. In 2019 he is Visiting Faculty in the Department of History, Government College University, Lahore. 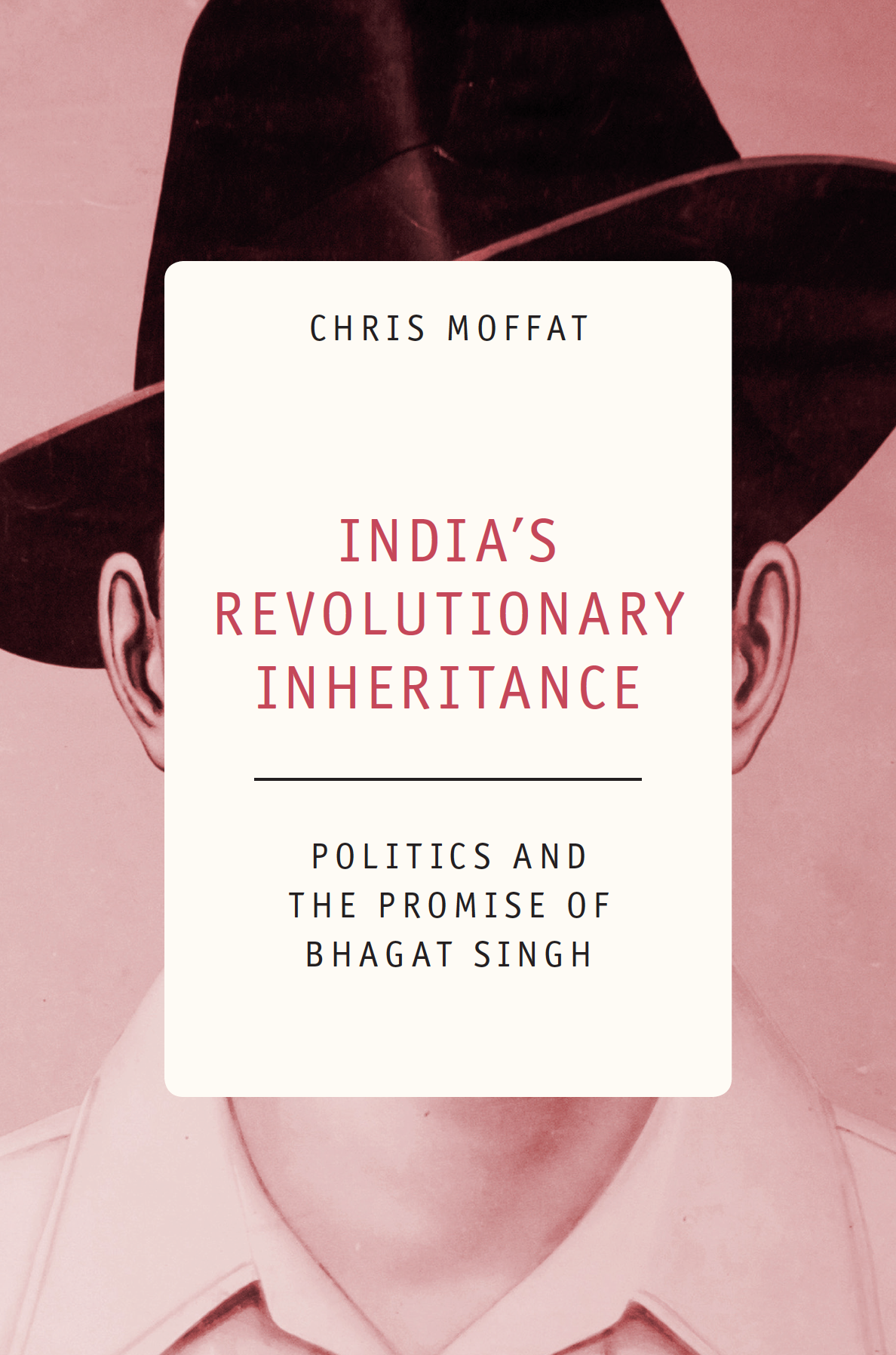 India's Revolutionary Inheritance is a book about the continuing political potential of a young man hanged by the British colonial state almost ninety years ago. Executed at twenty-three for 'conspiring to wage war against the King-Emperor', Bhagat Singh remains an iconic figure in contemporary India. Recalled as shaheed-e-azam ('the great martyr'), the story of his life and death draws adherents from across the political spectrum, and as this book argues, compels a peculiar sense of responsibility among the living. Bhagat Singh is not, I argue, a pliant figure susceptible to easy appropriation in the present, but rather manifests as a disruptive, spectral presence, calling the living to account and guiding them toward a certain understanding of what might constitute effective political action. What does it mean, then, to take the dead revolutionary seriously as an active interlocutor and instigator in twenty-first century South Asian politics?

The attached extract sets out the stakes for such an argument, exploring how the book works against an existing historiography that simply laments the 'misuse' and 'abuse' of Bhagat Singh's name while setting out to uncover the 'real' figure and what he 'really' fought and died for. I argue instead that Bhagat Singh's potentiality was always phantasmal in form. The revolutionary needs to be understood for the promise he represents, rather than for any particular programme he may or may not have elaborated in 1920s colonial India. In focusing on those aspects of Bhagat Singh's story and struggle that appear portable and reiterable across time and space, we can begin to think seriously about the long-term legacies of revolutionary politics and the reverberations of anti-colonial martyrdom in post-colonial India. We can open a discussion about why this young man from a small village outside Lyallpur, Punjab, remains instructive for thinking about the form and contours of a militant life in the present.

The book is thus interested to ask how historians and other scholars might take seriously the question of 'afterlives' and the operation of ghosts and spectres on the shifting terrains where they work and study. But it is also concerned with the more directly political question of why anti-colonial histories remain so compelling and challenging in our global, post-colonial present. What can be learned if we address those revenant figures from struggles past, not as sentimental remnants or heroic precedents but as comrades in a fight that continues? As signals of 'unfinished business' and exhortations toward a freedom that has not yet been secured? Having followed closely the gaze and guidance of a spectral Bhagat Singh, India's Revolutionary Inheritance represents one attempt to grapple with this vital problem-space within contemporary political thought.