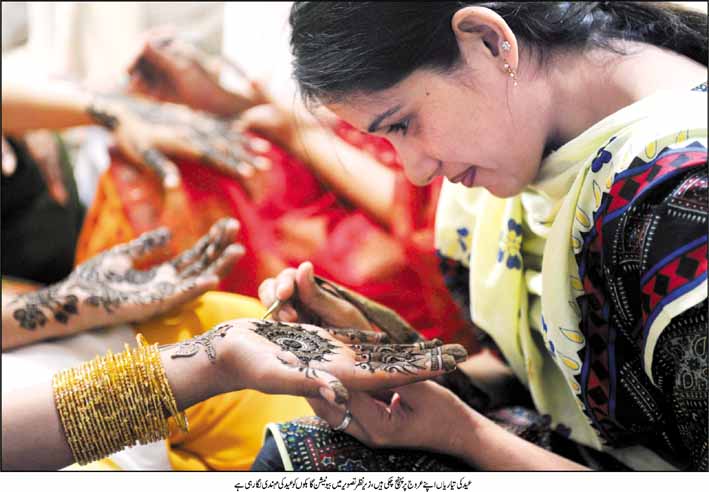 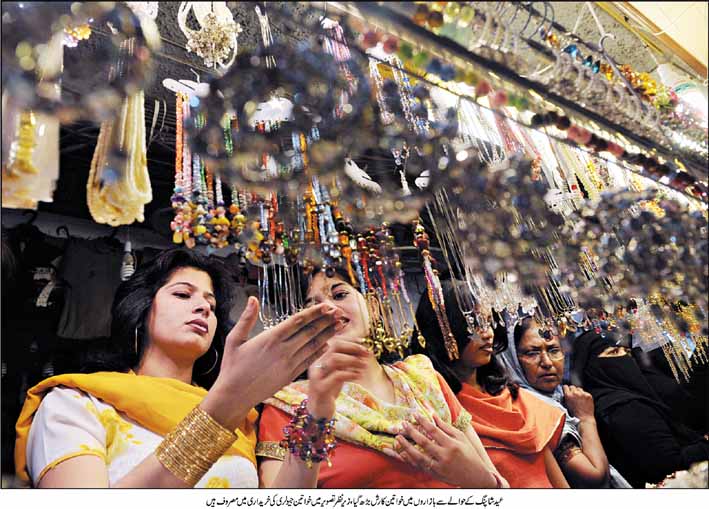 The rooftop, chath, is the hub of Chand Raat (Night of the Moon). The point being to go up, and gaze at the sky - hoping to catch a glimpse of that peculiarly slight new moon. A sight which will mark the end of Ramadan. In my short moon-gazing life, I think I have only seen this miracle once or twice. Usually, some bearded fellow in a skyscraper in Karachi "saw" it for all of us and the televisions and radio stations blared out the news: EID TOMORROW!!! (That's about the right emphasis.)

Going to the rooftops, then, was largely a quixotic enterprise if one's objective was to sight the new moon. But as the poet says, there are moons other than the one above. Such as the ones on the neighbor's roof, and since she brought all of her friends to "find" the moon, you better have your posse with you too. What's this? A machine that replicates joyous sounds and lyrical poetry? Might as well turn this on. Hey you, string some lights, grab a few candles, let's everyone look adorable! On the rooftops, there is a different city.

Once there is a moon sighting, we urgently need new bangles, new henna, new everything. Cram into the bazaar, overwhelm the streets. Everyone except for me. 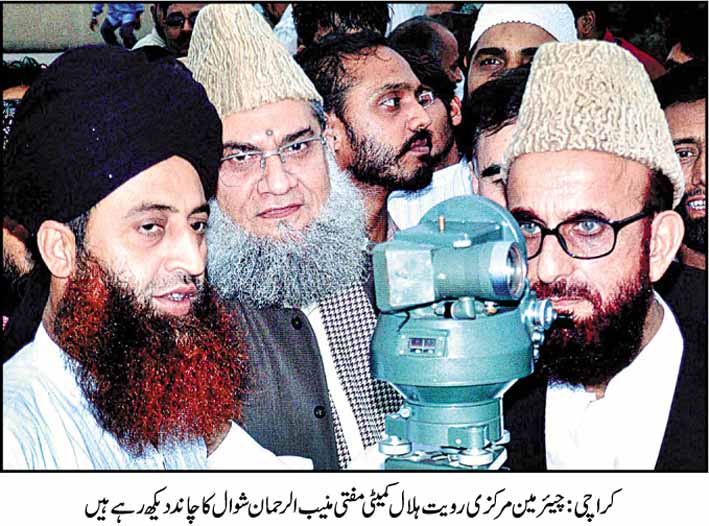 The post (and the title) immediately put this song in my head: http://www.youtube.com/watch?v=QJ7l2pdLxkc Happy Eid!

Dancing around with Madhubala is about right.

i only went moonsighting once. it was in Colombo, the only place in the world where i had, for a few weeks during a few summers running, unimpeded access to a rooftop. special times. and a happy eid to you too!

We could pretty clearly see the lack of a moon last night and tonight, but I couldn't tell you when it was supposed to be up. Happy New Year, anyway!

Eid Mubarak to all readers of chapathi

O man, I gotta watch Naya Daur again - and it's all on youtube! - I love them tangas.

Yeah, but the colourization sucks!! Dilip Kumar looks much better in B/W..