I am going to continue to pimp Big Picture.

Though, honestly, this time around, I did have a slight twinge of "India Essentialized". What do I know, though. 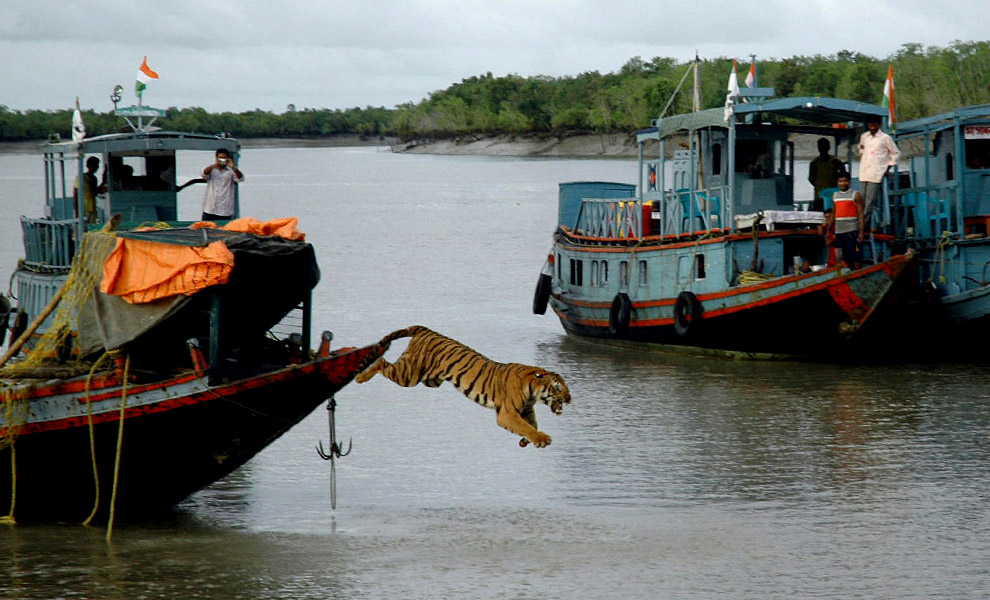 I love that site too, but I had a similar twinge when I saw post; though the manner in which Africa gets essentialized (evil men with guns, suffering women and children) is significantly flatter. The picture you reproduced, for example, with the tiger, the boats, the watching audience, and the camera in the hands of one of the guys in the boat, is narratively so much more complex, interesting, and ambiguous than anything in the "Africa suffering, like always" narrative.

Just a tinge. But in general I would say it's your natural reaction to the sad (but unavoidable) truth of colonization. Like any Freudian reality, what happens is that you are validating yourself in the post-colonial world by attacking your former colonial masters (read: friends, supporters and showers-of-true-path-to-development-and-civilization). You do this because you do not know any better. You do not know any better because you are under-developed (read: stupidly-mired-in-superstitious-fanatical-nonsensical-(non)realities) and you have "different" priorities. You are making up for your own deficiencies by promoting yourself as an 'object' for the gaze of the former colonizer. Thus, they are not objectifying you, you are objectifying yourself in their eyes. Err, or something like that! :P

My immediate reaction is to question the heavy emphasis on religion as a marker of "India": it would be like doing a photoessay on "America" which emphasized church socials, Christmas (office parties, light decorations, and window dressing), Easter (marshmallow bunnies and girls in dresses), and the occasional supermarket.

India is definitely essentialized here, but some of those pics are simply beautiful.