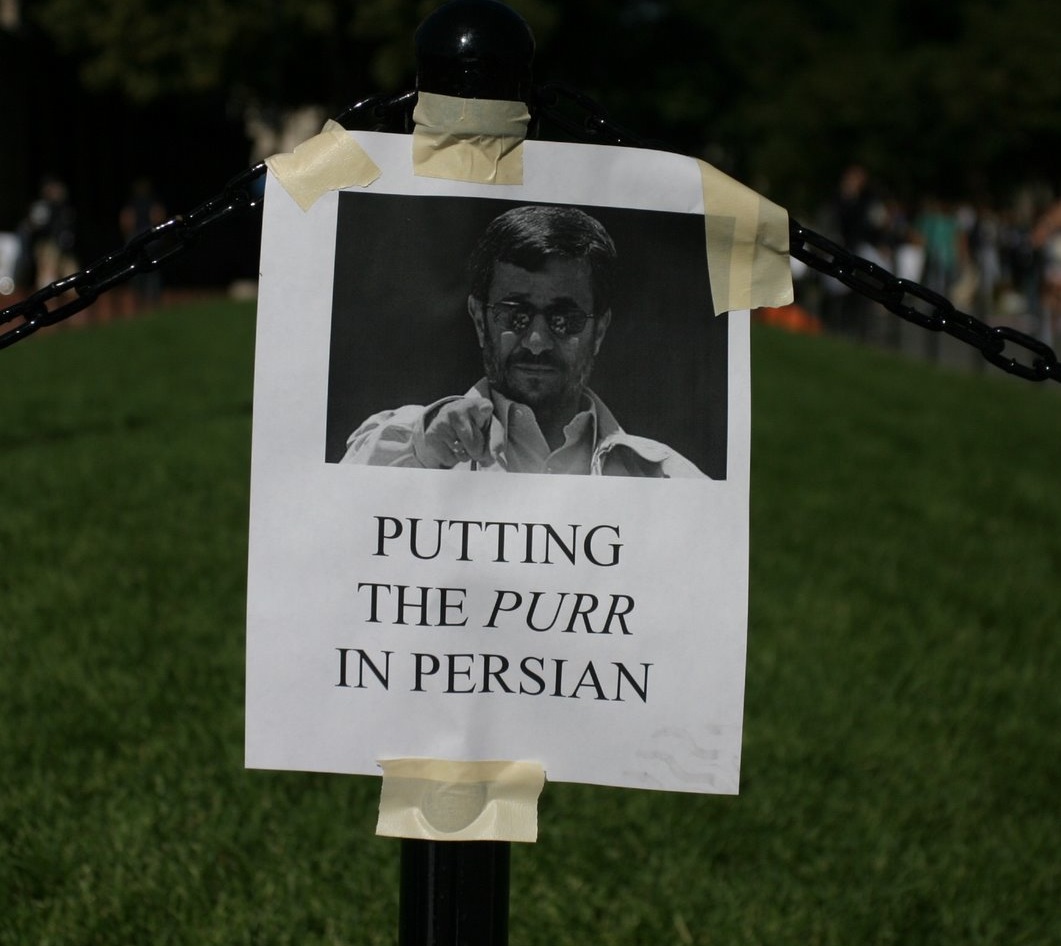 Loony booby that he is, Mahmoud got in some zingers yesterday. His comment about Iranian universities not needing to "vaccinate" their students was spot on - at least as a critique of Lee Bollinger's craven opening tirade. Why exactly am I supposed to find his wish to pay his respects at ground zero so wildly inappropriate? Did I miss the part where he conspired with Saddam to blow up the WTC?

Imagine how easy would it be to introduce and pimp Iranian president's horatio Alger credentials, only if he was willing to do empire's dirty work Below is from wikipedia "Personal life and education Ahmadinejad, the son of a blacksmith, was born in Garmsar, near Tehran on October 28, 1956. In 1976, he took Iran's national university entrance exams (konkoor) to gain admission into Iran's top universities. His test score ranked him 132nd among over 400,000 participants that year,[17] landing him at the Iran University of Science and Technology (IUST) as an undergraduate student of civil engineering. After the Iranian Revolution, he entered the Master of Science program for civil engineering in 1984. In 1989, he became a member of the Science faculty at the university where he had studied.[18] In 1997, he received his Ph.D. in transportation engineering and planning from the Science and Technology University. Even after being elected President, Ahmadinejad continued living in a simple apartment flat and eating meals brought from home, in his office. Both of these traits contributed to his widespread support amongst the poorer classes of Iran.[19] Ahmadinejad is married with two sons and one daughter.[20] One of his sons formerly studied at the Amirkabir University of Technology.[21] In August 2007, Ahmadinejad gave his approval for filmmaker Oliver Stone to make a biopic film on him. [22]"

Did I miss the part where he conspired with Saddam to blow up the WTC? Yes. Ahmadinejad is yet another Muslim engineer. We have too many of them already.

Here is excerpt from Lee Bollinger's introduction of Pervez Musharraf(a bona fide dictator)at time of his Columbia visit "Rarely do we have an opportunity such as this to greet a figure of such central and global importance. It is with great gratitude and excitement that I welcome President Musharraf and his wife, Sehbah Musharraf, to Columbia University. ... We at Columbia are eager to listen. As a community of scholars and as students and faculty who come from everywhere in the world, we take a great scholarly and personal interest in what the President has to say. The development in Pakistan over the past several years, from its economic growth to its fight against extremism and terrorism, are vital issues for all of us. Mr. President, as you share your thoughts and insights you will give our students, the leaders of tomorrow, first-hand knowledge of the world their generation will inherit."

I think SNL should get the final word, http://www.youtube.com/watch?v=3RE7hBWyUZc